Following the Globe and Mail’s description on June 2 of the murders at the Jewish Museum in Brussels as a “raid” by a “militant”, HRC letter writer Robert Yufe sets the record straight in today’s Globe: It wasn’t a military operation on a legitimate target, it was a terrorist anti-Semitic attack. 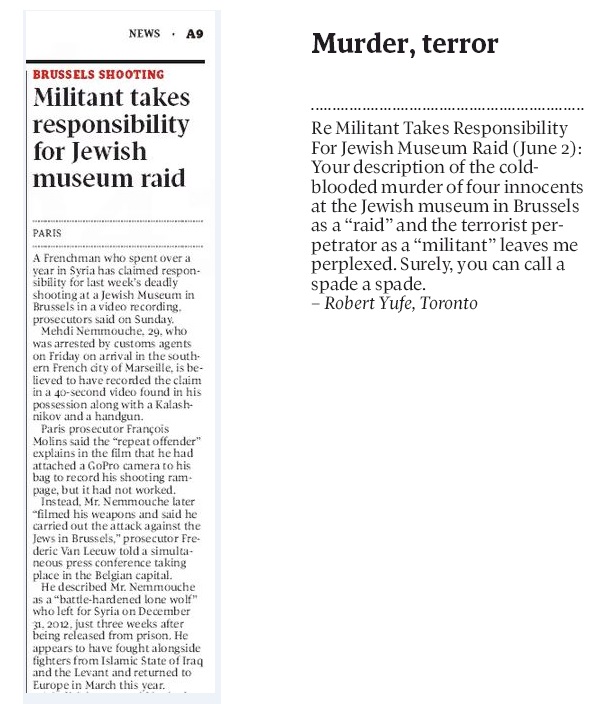 Last week’s deadly shooting at the Jewish Museum in Brussels allegedly by Mehdi Nemmouche should not be whitewashed by the Globe as an attack by a “militant” who “raid(ed)” a Jewish museum.

There is no place for this kind of sanitization of outright terror which saw an Israeli couple, a French woman, and a 24-year-old Belgian man murdered in cold blood.

It’s time for the world and for our news organizations to call terror by its rightful name.