In the Globe and Mail on November 20 in print and online, an Associated Press article contained a place line that incorrectly referred to the Israeli town of “Alon Shvut (as) Palestinian Territory”. 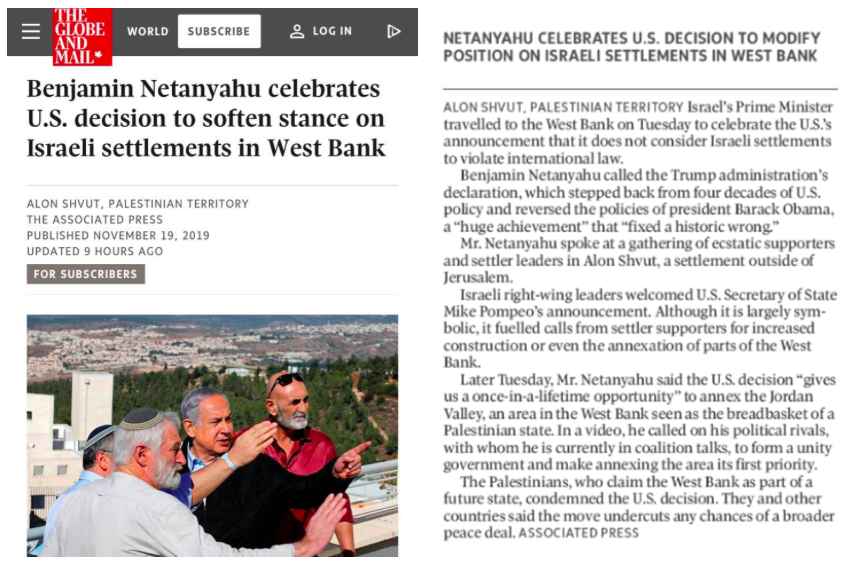 In fact, Alon Shvut is regarded as an Israeli community that the media describe as a “settlement”. It’s situated southwest of Jerusalem, one kilometer northeast of Kfar Etzion, in the “West Bank”, which Israel regards as Judea and Samaria and which Israel claims legal, religious, and historical rights to these lands.

The AP article itself says: “Mr. Netanyahu spoke at a gathering of ecstatic supporters and settler leaders in Alon Shvut, a settlement outside of Jerusalem.”

Importantly, this area is contested and disputed land, and yet, this place line outright claims that these lands are sovereign and uncontested “Palestinian Territory.” In sharp contrast, the AP’s own wire article refers to “Alon Shvut, West Bank”. 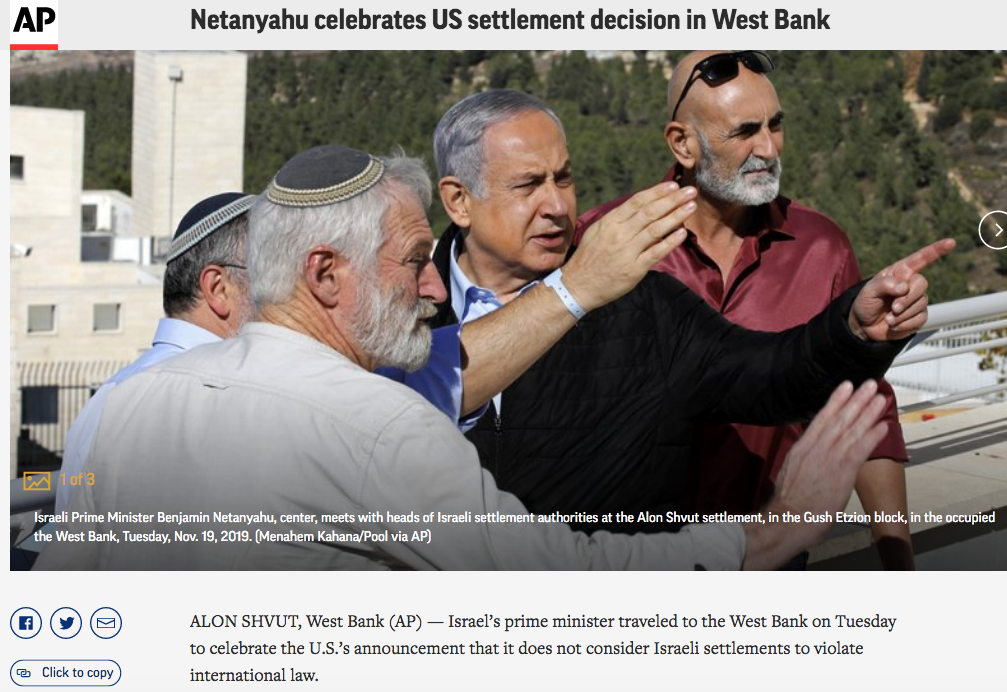 As well, another AP report published online today on the Globe’s website only makes reference to the city of Jerusalem without placing a country assigned to it, perhaps in an effort to strive for neutrality on the issue at hand as the city is contested by Israelis and Palestinians. 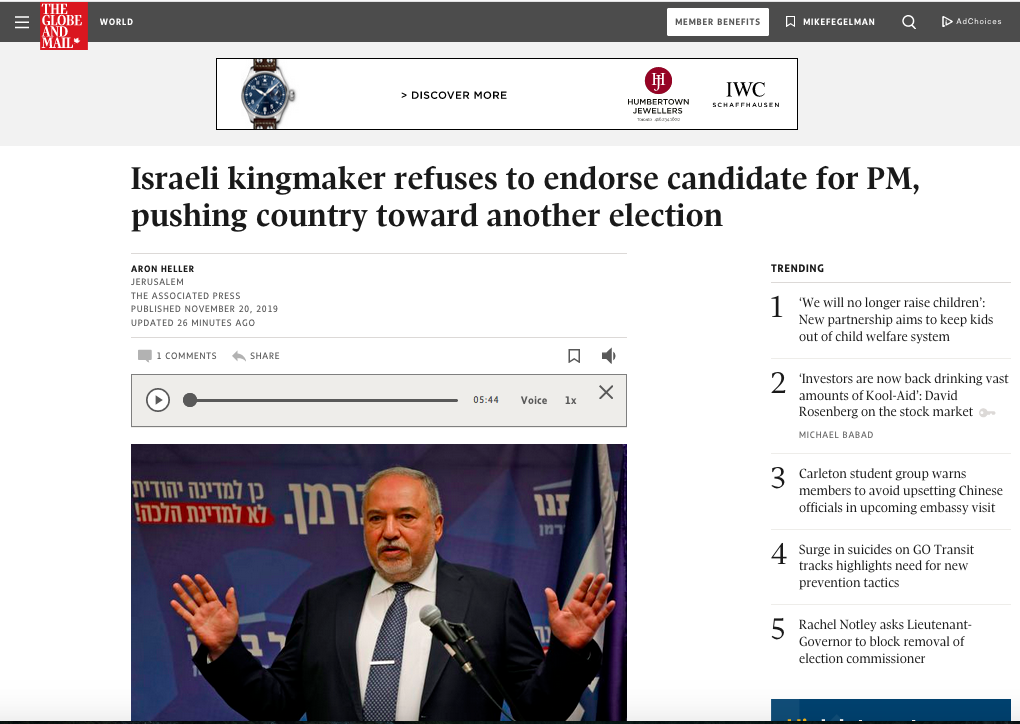 HRC asked the Globe to correct this erroneous and misleading place line. To its credit, the Globe immediately acknowledged the error and issued the following correction in print on November 22 and online: 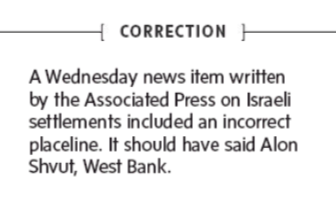 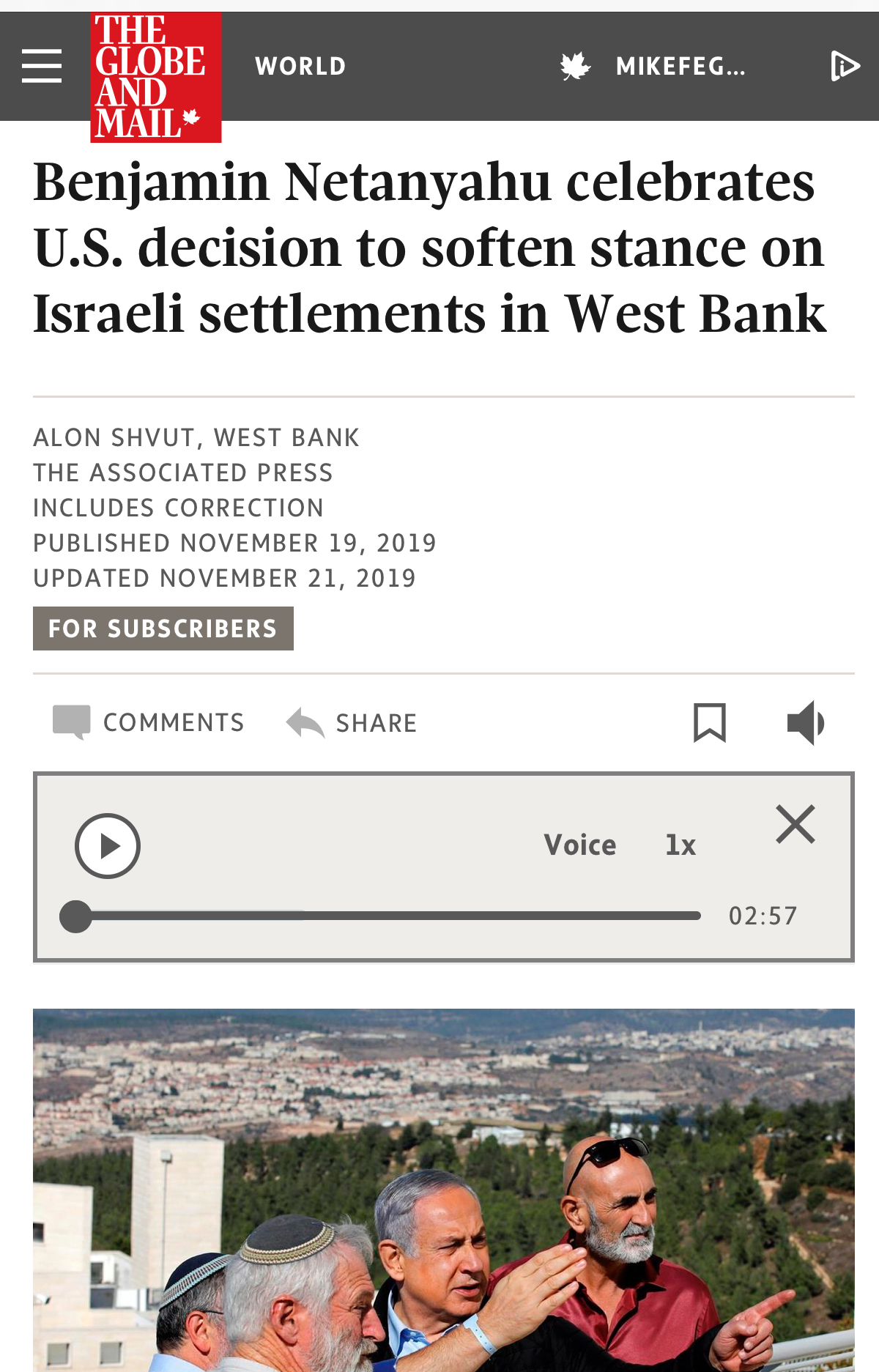