Globe and Mail: Canadian-Israeli Ties to be Strengthened by Clean Water Project 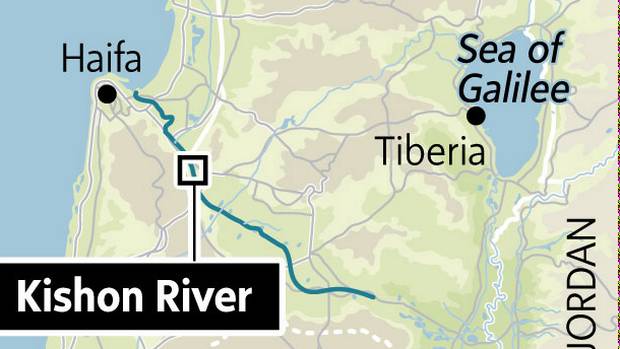 A Quebec-based company is about to launch a sediment decontamination of Israel’s Kishon River, the biblical site where, according to the Book of Kings, the prophet Elijah slew the idolatrous Baal priests after winning a famous test atop Mount Carmel.

According to the Globe and Mail: “EnGlobe’s Canadian, British and local Israeli staff are in the process of building a 19-hectare treatment site – the equivalent of about 40 football fields – where the company will purify a half-million metric tonnes of sediment over the next three years. And despite weather delays and complications stemming from a diversion project headed by another company, EnGlobe plans to cut a blue ribbon in November for its “grand opening.”

By the time the Canadians are done, the Israeli government hopes the Kishon will become the “green lungs in the heart of the Haifa Bay area” – a 20-year-old dream, and a tall but important feat in a country where the people, religious or secular, are deeply connected to the land”.

The Canadian-Israeli partnership represents a “flagship project,” which is expected to usher in the rehabilitation of all of Israel’s historical and biblical rivers.