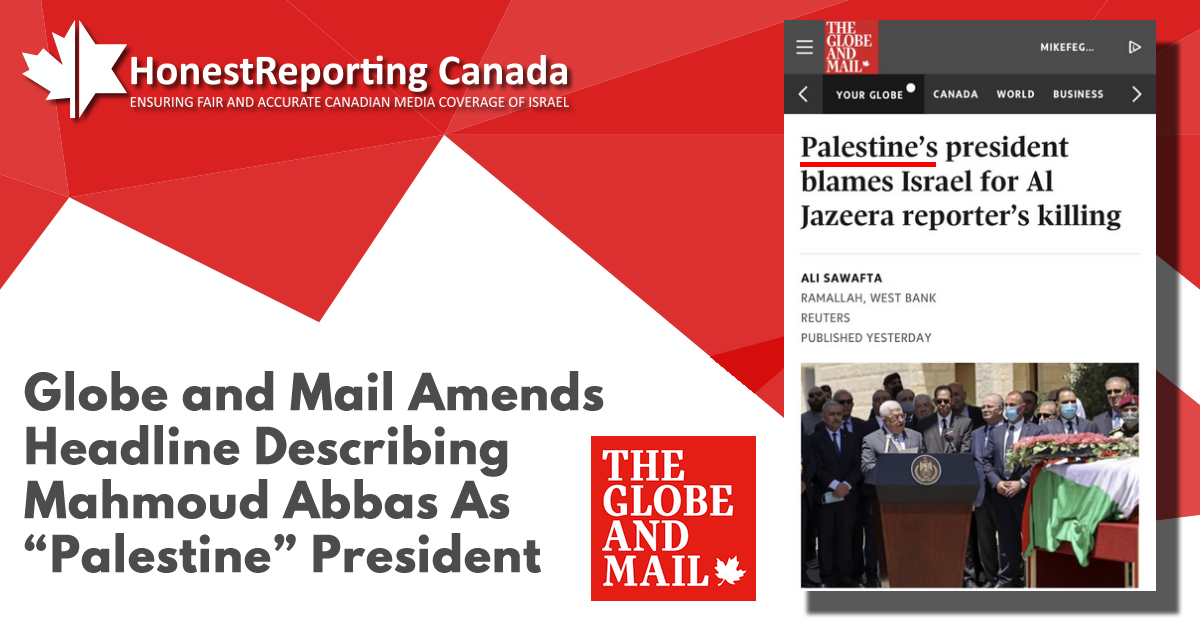 On May 12, the Globe and Mail published a Reuters article to its website with the following headline: “Palestine’s president blames Israel for Al Jazeera reporter’s killing.”

The article itself referred to Abbas as the Palestinian President, not “Palestine’s” president. It does so, because, while the Palestinians desire statehood, they are not yet a state and therefore, to refer to the Palestinian territories as Palestine, is premature and incorrect.

HonestReporting Canada brought these concerns to the Globe’s attention, which, to its credit, immediately amended the headline to refer to Abbas as the Palestinian President.

We thank the Globe and Mail for taking corrective action.