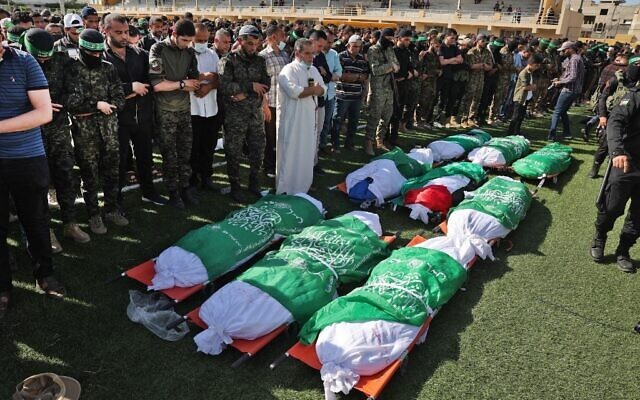 Palestinians pray by the bodies of members of the Ezz-Al Din Al-Qassam Brigades, the armed wing of the Hamas movement, who died in Israeli bombardment of a tunnel, during their funeral in Khan Younis, in the southern Gaza Strip, on May 21, 2021. (Photo by SAID KHATIB / AFP)

In war, the first casualty is the truth.

In the fog of war and following the cessation of hostilities between Israel and Hamas, media are doing postmortems analyzing the conflict and producing casualty counts (civilians vs. combatants) on both sides.

We were struck by how in recent reports on CBC The Current and the Globe and Mail, that both news outlets attributed all Palestinian casualties to Israeli airstrikes, whereas the veracity of this claim is unknown (and may never be known) and even Palestinian human rights groups have acknowledged that errant Palestinians rocket fire (believed to total about 1/3 of the 4,000 rockets fired at Israel,) killed an unknown number of Palestinians. Israel claims that in one incident an errant Palestinian rocket killed 8 members of a Palestinian family.

CBC The Current claimed on May 21 that (emphasis added): “A ceasefire went into effect early Friday, after 11 days of fighting between Israeli forces and Palestinian militants. At least 243 Palestinians have been killed in ISRAELI AIRSTRIKES including 66 children, according to the Gaza Health Ministry, which does not break the numbers down into fighters and civilians.” On CBC Sunday Magazine on May 23, Anchor David Common made the same error saying “Israel’s bombardment of Gaza killed more than 240 Gazans, including dozens of children.”

The Globe and Mail’s Decibel podcast hosted by Tamara Khandacker (who signed the anti-Israel open letter accusing Israel of “ethnic cleansing” and of carrying out “indiscriminate attacks” on Palestinians and which revealed her anti-Israel bias) saw Kkandacker falsely claim on May 20 that “Israeli airstrikes have killed at least 232 Palestinians and injured more than 1900.”

As well, Globe and Mail reporter Mark Mackinnon claimed on May 20 that: “At least 232 Palestinians, including 65 children, were killed by Israeli air force, navy and artillery fire over the week and a half of fighting that followed.”

A May 20 op-ed by Konrad Yakabushi in the Globe falsely said: “Instead of simply declaring that Israel has a right to defend itself and vetoing anti-Israel resolutions at the United Nations Security Council, he was forced to sharpen his tone with Mr. Netanyahu as the civilian death toll in Gaza surpassed more than 220 people.” 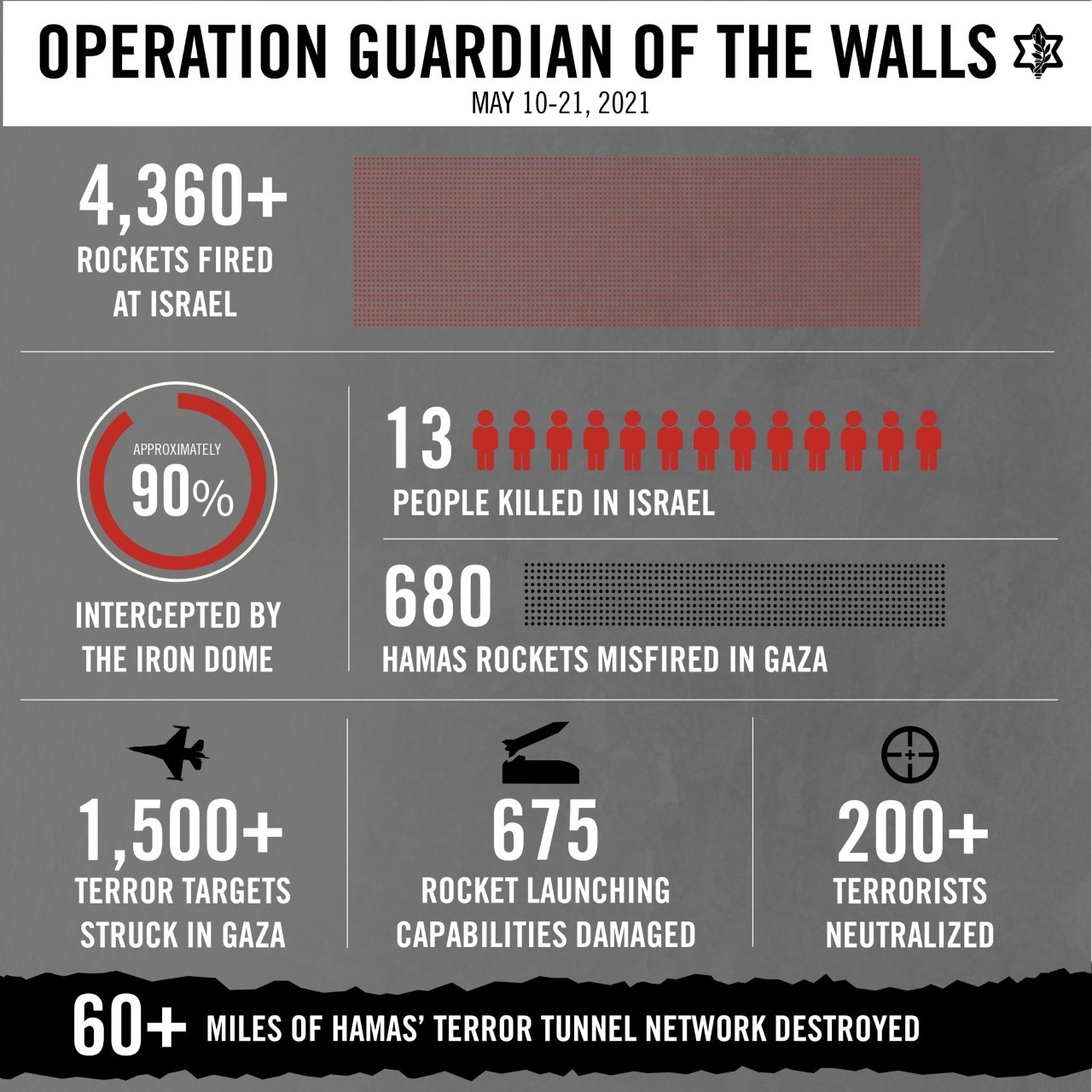 Importantly, Israel claims that its armed forces killed 200+ terrorists. On what basis can Mr. Yakabushi assert that more than 220 Gazan “civilians” have died? If he, the CBC and Mr. Mackinnon are relying on Gaza’s Health Ministry, perhaps they should disclose to their readers and listeners that it’s run by Hamas which cannot be relied upon, as they cynically exploit this information for propaganda purposes.

We also took exception to Mark Mackinnon asserting that: “Mr. Biden’s gradual shift toward putting pressure on Israel revealed the growing influence of social media on modern warfare. Images of entire Palestinian apartment blocks being levelled by Israeli air strikes were widely shared, as were videos of Palestinian children and teens asking what they had done to deserve the collective punishment Israel inflicted on Gaza after Hamas militants fired rockets toward Jerusalem on May 10.”

On what basis can Mark Mackinnon assert that President Biden’s “gradual shift” on Israel (if there ever was one) was due to the “influence of social media on modern warfare”? Furthermore, why is this Globe and Mail reporter using words like “collective punishment”?

HonestReporting Canada has filed complaints with the Globe and Mail and CBC News respectively and have asked each news organization to ensure that casualty counts are properly reported and that Hamas casualty claims aren’t presented as facts. Stay tuned to this page for future updates.