Subsequent to HonestReporting Canada and its subscribers filing complaints with Global News, reporter Aya Hilmi Al-Hakim’s statement asserting that an “occupation and annexation of Palestine continues by the state of Israel” has been removed.

An editors note now states the following at the top of the article:

Editor’s note: This story has been updated for clarity on the Israeli occupation of the Palestinian territories.”

As well the article has been amended and it now states the following: “But more than that, Hamdan wants to teach the next generation of Palestinian-Canadians about their culture, especially as the Israeli occupation of the Palestinian territories continues.”

While this corrective action is a step in the right direction, it is not satisfactory, nor is it accurate.

Israel strenuously disputes that it “occupies” the Palestinian territories as it claims it has legal and ancestral rights to the lands it regards to as Judea and Samaria. Importantly, the Palestinians have never been sovereign rulers over any lands in question and therefore, Israel couldn’t be an occupying power. Prior to the Six Day War in 1967, the lands regarded as the “West Bank” was administered by Jordan and Gaza was administered by Egypt. Each of these countries came to acquire these lands in the 1948 War of Independence where pan-Arab countries invaded Israel to wipe it off the map. Israel had prior to the war accepted the UN’s Partition Plan and the Arab world rejected the existence of a Jewish state in the Middle East. Following the war in 67 Israel won these lands in a war of self defense and reunified Jerusalem, came to acquire portions of Judea and Samaria and Gaza, which it disengaged from in 2005 removing all of its settlers and soldiers. Prior to 1948 the lands were part of the British mandate and before that the Ottomans, and so forth.

Accordingly, the territories in question should be regarded as disputed as Israel has claim, just as Palestinian-Arabs do.

It behooves Global to mention that Israel disputes claims that it “occupies” the Palestinian territories and that it asserts its claim to lands in which it has biblical, ancestral and legal title to. In other words, you cannot “occupy” your own home.

As well, the following Tweet by Ms. Al-Hakim must be deleted and she should publish a statement that properly sets the record straight about the issue at hand.

(2) But more than that, Hamdan seeks to teach the next generation of Palestinian-Canadians about their culture, especially as the occupation and annexation of Palestine continues by the state of Israel. 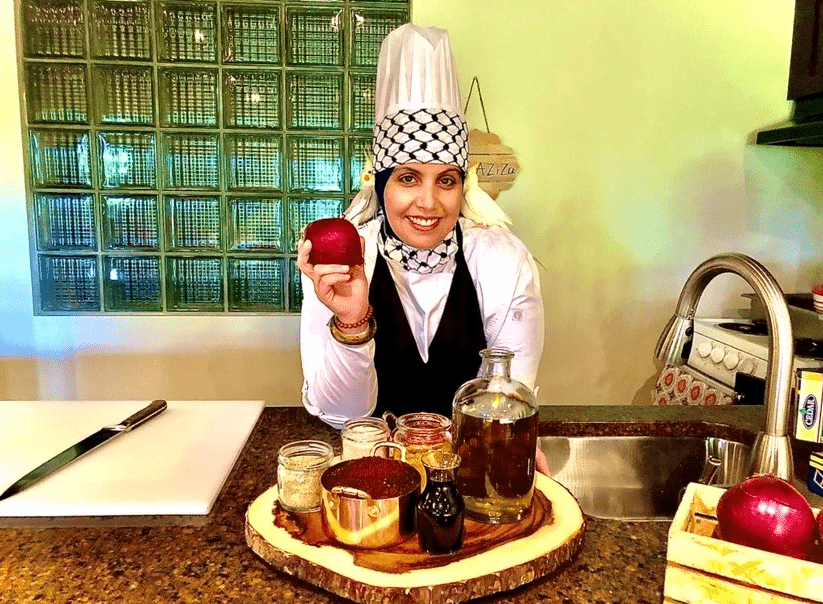 Today, Global Halifax reporter Aya Hilmi Al-Hakim published a news article asserting that an “occupation and annexation of Palestine continues by the state of Israel.”

This fundamentally denies Israel’s right to exist. There’s no such state of “Palestine”, only the Palestinian territories as they haven’t procured statehood. Israel doesn’t “occupy” nor has it “annexed” Palestine. The Palestinians have never been sovereigns over any land, at anytime, in history.

Israel and the Jewish people have legal and ancestral claims to the disputed lands it regards as Judea and Samaria (the West Bank).

This report by should stick to the topic at hand, Palestinian food and culture and shouldn’t veer into Middle East politics.