Why Are Anti-Israel Activists So Afraid of The...
McGill Tribune Publishes Op-Ed Calling for a Boycott...
Ontario Arabic Paper’s Editor Downplays Holocaust; Meshwar Describes...
How the War in Ukraine is Having a...
Toronto Star Columnist Shree Paradkar Wrongly Claims IHRA...
After Vancouver Adopts IHRA, CBC Radio Interviews Fringe...
Qatar Prepares For The 2022 World Cup: Will...
Lawfare: Who is Using the Law More Effectively?...
Official Publication of the College of Physicians and...
French Rapper Accused of Antisemitism; HRC Comments on...
Home Daily Brief Gilad Schalit to Speak at JNF Event in Toronto

Gilad Schalit to Speak at JNF Event in Toronto

Gilad Schalit will appear in Canada for the first time on September 16. Schalit, an Israeli soldier kidnapped and held by the terror group Hamas for more than five years until his release in October 2011, will be keynote speaker at a Jewish National Fund event proudly supported by HonestReporting Canada. The event will also feature the Honourable Jason Kenney, Minister of Employment and Social Development and Minister of Multiculturalism.

See flyer below for details. 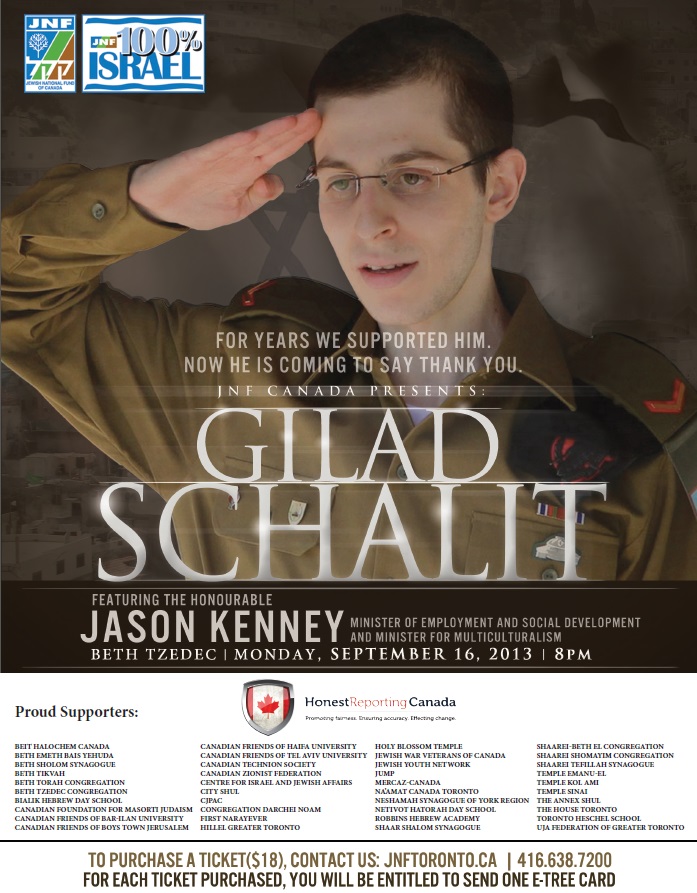