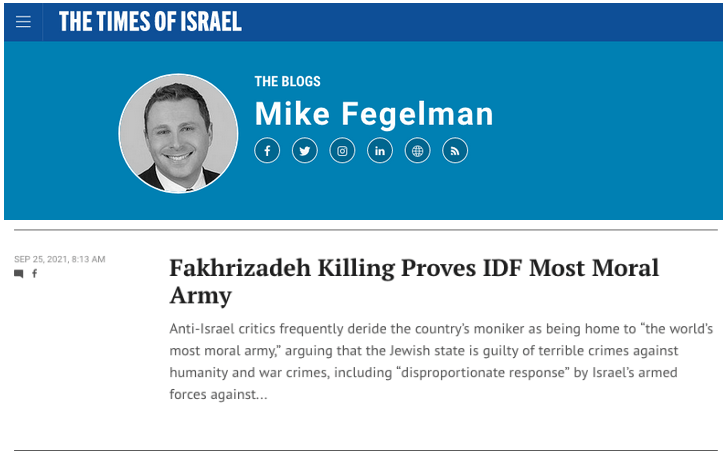 Anti-Israel critics frequently deride the country’s moniker as being home to “the world’s most moral army,” arguing that the Jewish state is guilty of terrible crimes against humanity and war crimes, including “disproportionate response” by Israel’s armed forces against acts of terrorism.

And although such terms may make for good rhetorical fodder against Israel, those anti-Israel claims simply don’t stand up to scrutiny. In fact, the reality is very much the opposite. Israel has earned the reputation of having “the world’s most moral army” precisely because it takes extraordinary measures to limit civilian casualties, even when operating in theatres of war.

In fact, it was revealed just this past week the extent to which Israel goes to avoid civilian casualties.

On November 27, 2020, Mohsen Fakhrizadeh, a nuclear physicist and the man widely regarded as the father of Iran’s nuclear program, was assassinated while riding in a car on a dusty road near the small town of Absard, east of the Iranian capital of Tehran.

At the time of the assassination, it was reported that Fakhrizadeh was the only person killed in the attack, and although his wife was sitting beside him in the car, she was unharmed. Israel was widely believed to be responsible for the killing, since Fakhrizadeh played a major role in Iran’s quest to attain a nuclear weapon.

This week, the New York Times reported the mechanics of Fakrizadeh’s assassination, and why the zero collateral damage wasn’t luck; it was by design.

According to the report, Israeli operatives used a remote controlled machine gun which was brought into Iran in individual pieces for installation, and operated by Mossad officials outside of Iranian borders. The weapon was a Belgian FN MAG machine gun, attached to a specialized robotic arm, rested on a pickup truck, parked near an intersection where Fakrizadeh was scheduled to pass, and when advanced artificial intelligence (AI) positively identified the target, he was assassinated.

The entire duration of the attack? About a minute, and with zero collateral damage.

Fakhrizadeh, who was called “Tehran’s atomic weapons guru,” played a major role in moving the Islamic Republic of Iran into nuclear territory, causing significant danger to the entire Middle East. A fanatical, theocratic regime like Iran’s, armed with nuclear weapons, is an existential threat to Israel and an impediment to peace in the region, and Israel recognized that the removal of Fakhrizadeh would potentially save the lives of thousands of people. 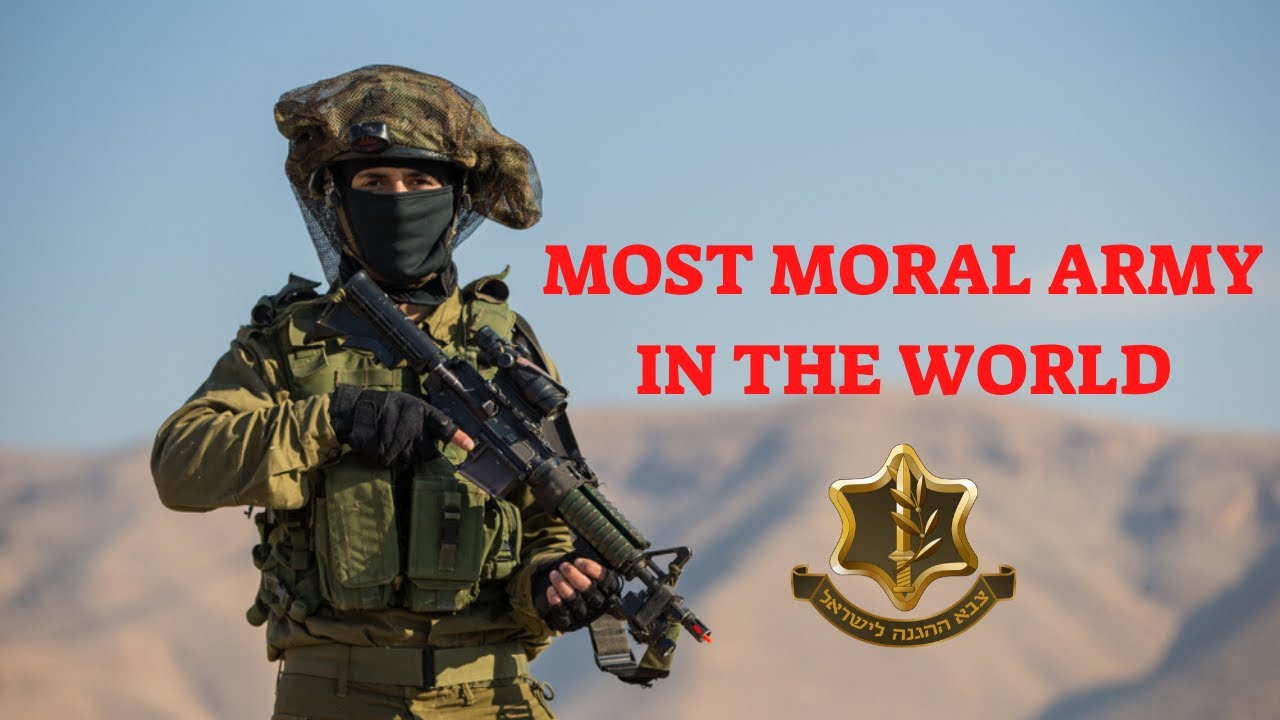 Fakhrizadeh’s assassination potentially saved countless lives, and that could have been enough for Israel’s military to justify any method of attack, including a bombing, or one from the air. After all, both of those would have allowed Israeli forces to positively identify Fakhrizadeh in person. Unfortunately, both of those options would have also very likely killed nearby civilians, just as what happened recently in Afghanistan, when more than a dozen Afghan civilians were killed in a botched US assassination attempt against an Islamic State target.

Israel is far from the only country in the world to face threats to its national security, but it is admittedly part of a much smaller group of countries which regularly faces an existential threat by a fanatical Islamist regime attempting to develop homegrown nuclear weapons. Clearly, that is a threat which Israel simply cannot accept.

But whereas so many other countries, even those entirely justified in defending themselves against a threat, would act as the United States did in Afghanistan, with tragic results, Israel continues to earn itself the stellar reputation on the battle field.

That reputation is borne out of the Israel Defense Forces official ethics credo, The Spirit of the IDF, which lays out the purity of arms code.

“The soldier shall make use of his weaponry and power only for the fulfillment of the mission and solely to the extent required; he will maintain his humanity even in combat. The soldier shall not employ his weaponry and power in order to harm non-combatants or prisoners of war, and shall do all he can to avoid harming their lives, body, honour and property,” according to the code.

Israel’s remarkable value in minimizing – or eliminating altogether – civilian casualties doesn’t get the media attention it deserves, but that does not make it any less significant, or praiseworthy, especially facing opponents like Hamas who make little attempt to hide their brazen human rights violations. The media needs to keep this in mind during the next bout of violence, when the cacophony of voices accusing Israel of “disproportionate” force is sure to repeat its defamatory claim.