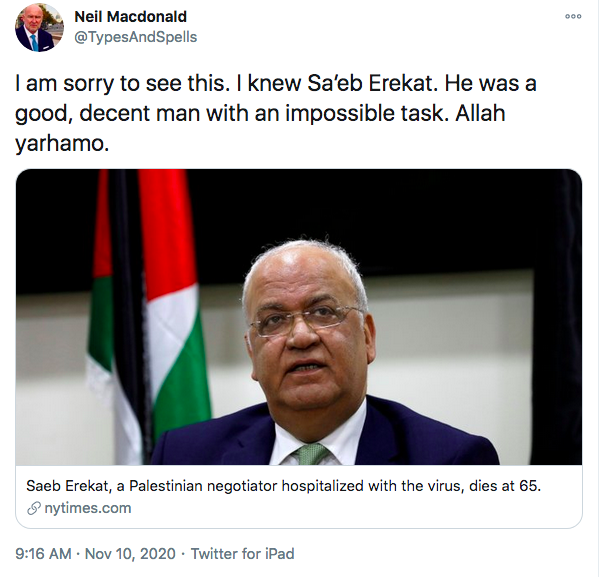 Known for his anti-Israel bias, Macdonald chose to describe Erekat as a “good, decent man…” Macdonald conveniently forgot the following about Erekat:

Not surprisingly, Macdonald’s former employer, the CBC, published a report today which lionized Erekat and ignored his anti-peace credentials. 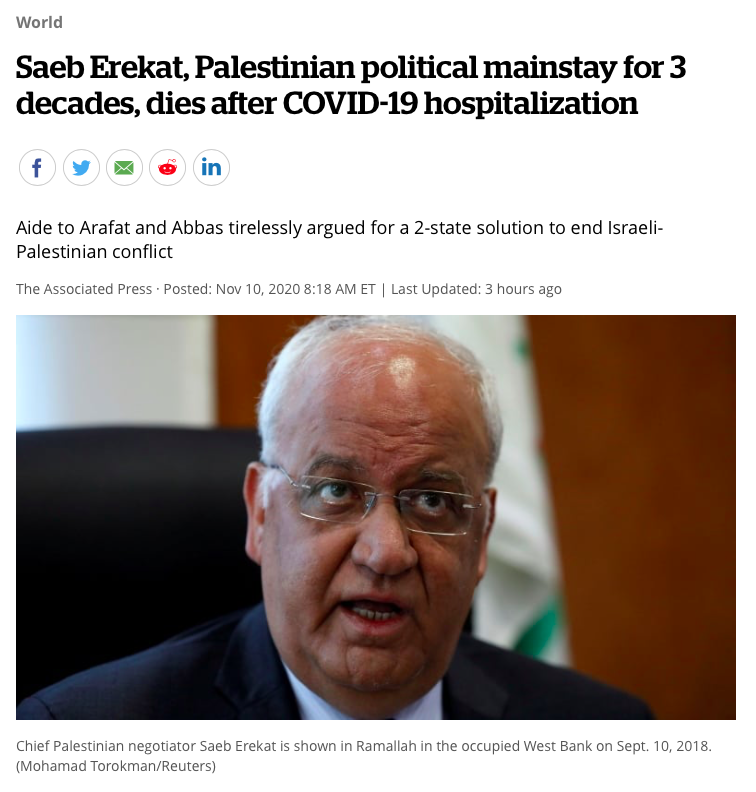