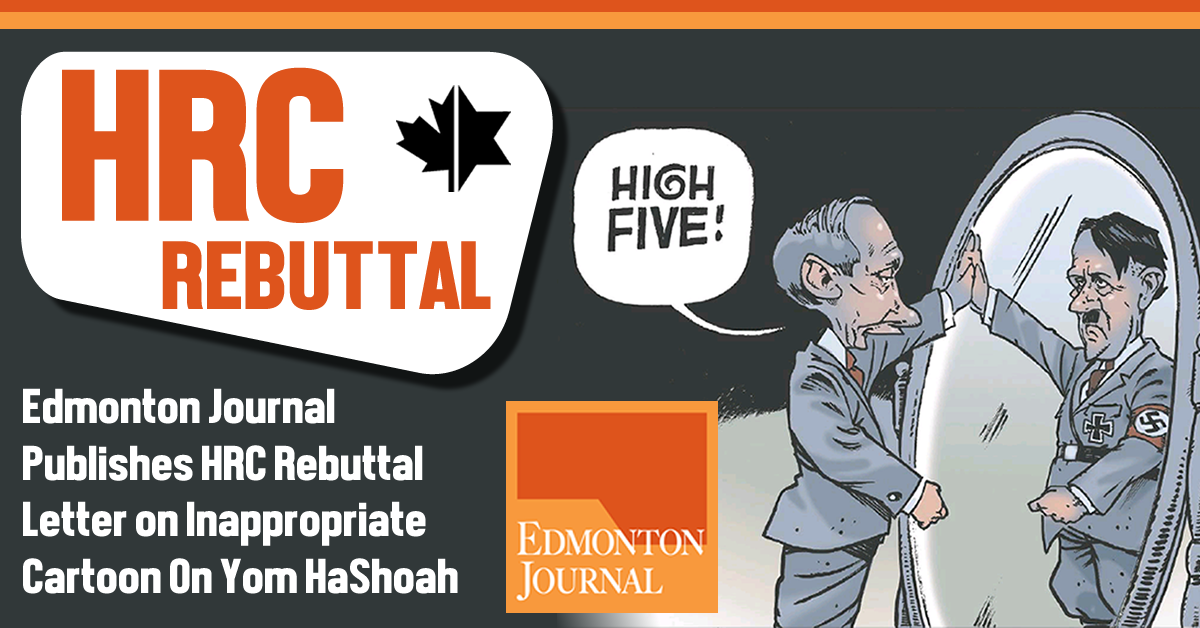 Subsequent to HonestReporting Canada’s complaint to the Edmonton Journal sent on April 28, the Edmonton Journal has published our Executive Director, Mike Fegelman’s letter to the journal, on the inappropriateness of publishing such a tasteless cartoon on Yom HaShaoh, the Jewish day for commemorating victims of the Holocaust. 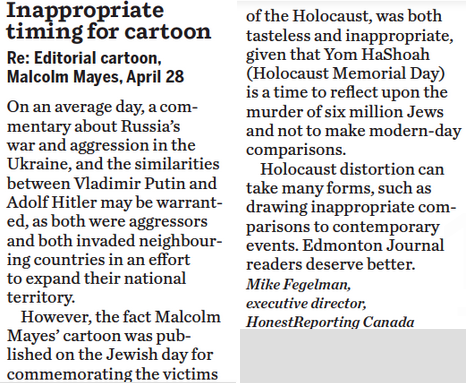 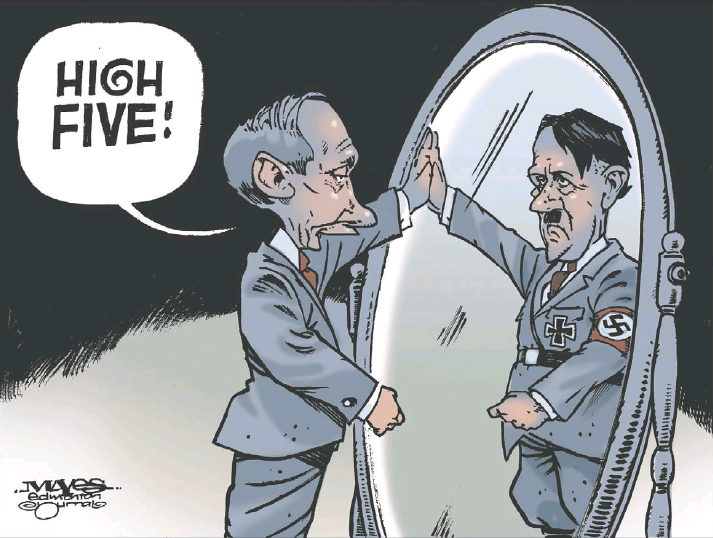 On an average day, a commentary about Russia’s war and aggression in the Ukraine, and the similarities between Vladmir Putin and Adolph Hitler may be warranted, as both were aggressors and both invaded neighbouring countries in an effort to expand their national territory.

However, the fact that Malcolm Mayes’ cartoon was published on the Jewish day for commemorating the victims of the Holocaust, was both tasteless and inappropriate, given that Yom HaShoah (Holocaust Remembrance Day) is a time to reflect upon the murder of 6 million Jews and not to make modern day comparisons.

Holocaust distortion can take many forms, such as drawing inappropriate comparisons to contemporary events. Edmonton Journal readers deserve better and HonestReporting Canada has communicated this directly to the Journal.

It bears noting that Malcolm Mayes  has a track record of illustrating odious cartoons that have offended the Jewish community and supporters of Israel, and that many felt crossed the line. HonestReporting Canada has previously met with Journal editors to sensitize them about these concerns.

In 2019, the Edmonton Journal issued an apology for publishing a Malcolm Mayes cartoon which was criticized by our organization, along with the Edmonton Jewish Federation and others, for its resemblance to antisemitic tropes prevalent in some anti-Jewish propaganda in Nazi Germany preceding the Holocaust.

In October 2010, he depicted an Israeli settler dismantling a wooden peace symbol to build a home in the West Bank.