Today, the Edmonton Journal published an important, must-read commentary by Dave Breckenridge, the paper’s Managing Editor, on the rising tide and scourge of antisemitism in Canada. 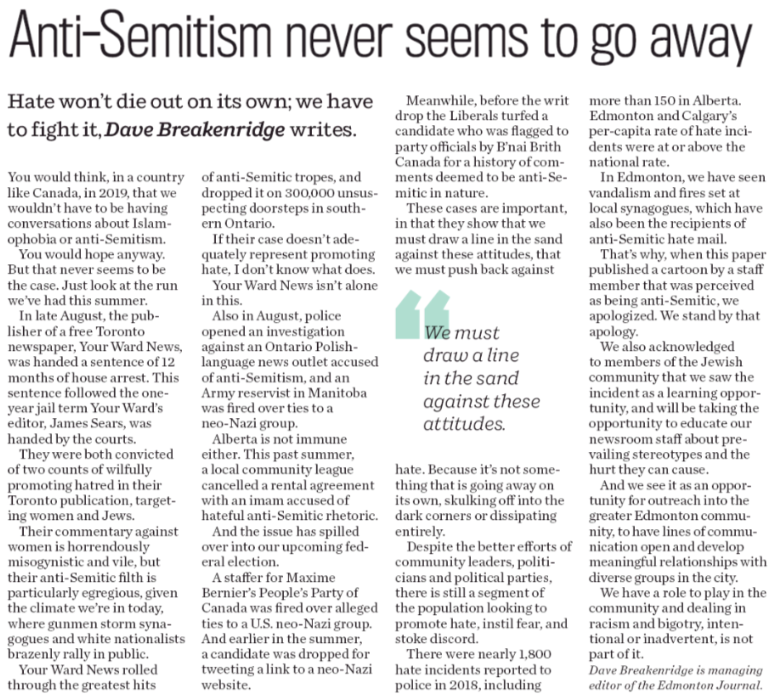 As Mr. Breakenridge cogently argued: “… we must draw a line in the sand against these attitudes, that we must push back against hate. Because it’s not something that is going away on its own, skulking off into the dark corners or dissipating entirely.Despite the better efforts of community leaders, politicians and political parties, there is still a segment of the population looking to promote hate, instill fear, and stoke discord.” 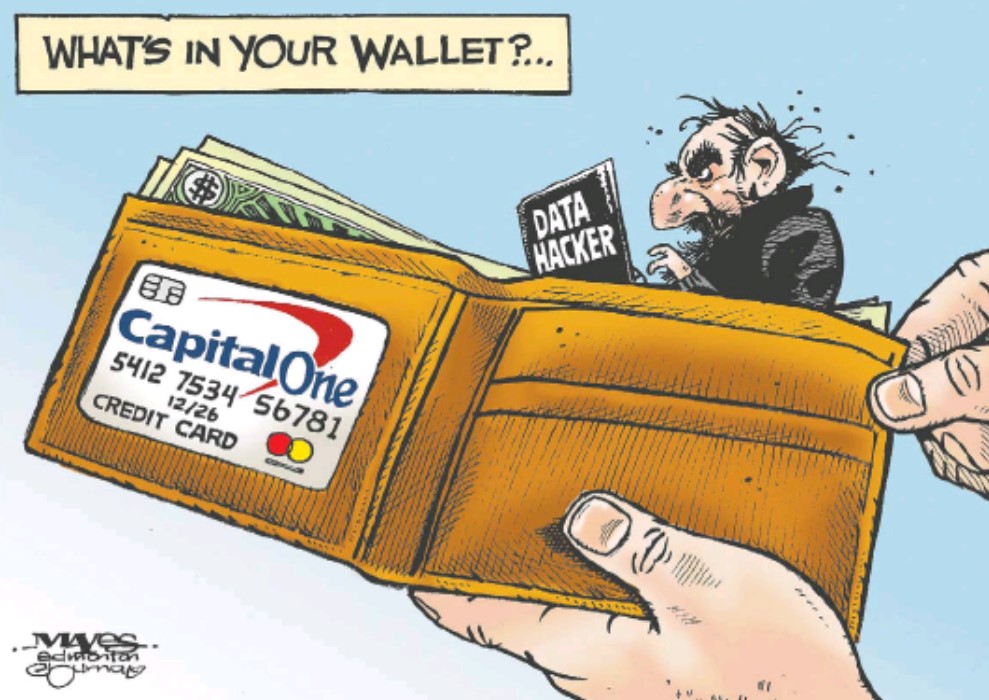 This Edmonton Journal commentary follows its having published an antisemitic cartoon in August which HonestReporting Canada (and other Jewish organizations) complained about. The Journal subsequently published an apology and HRC had a productive meeting at the Journal’s offices in August where we discussed the increase of hate crimes perpetrated against Jews in Canada, asking the paper to focus its attention on this issue.

Here’s a short abstract from Mr. Breakenridge’s column which references the paper’s mea culpa for publishing an antisemitic cartoon:

That’s why, when this paper published a cartoon by a staff member that was perceived as being anti-Semitic, we apologized. We stand by that apology.

We also acknowledged to members of the Jewish community that we saw the incident as a learning opportunity, and will be taking the opportunity to educate our newsroom staff about prevailing stereotypes and the hurt they can cause.

And we see it as an opportunity for outreach into the greater Edmonton community, to have lines of communication open and develop meaningful relationships with diverse groups in the city.

We have a role to play in the community and dealing in racism and bigotry, intentional or inadvertent, is not part of it.”

Please write to Dave Breakenridge and the Edmonton Journal thanking the publication for putting a spotlight on how antisemitism must not be tolerated and must be confronted. Send emails to: dbreakenridge@postmedia.com and tweet Mr. Breakenridge at: https://twitter.com/BreakenridgeYEG.