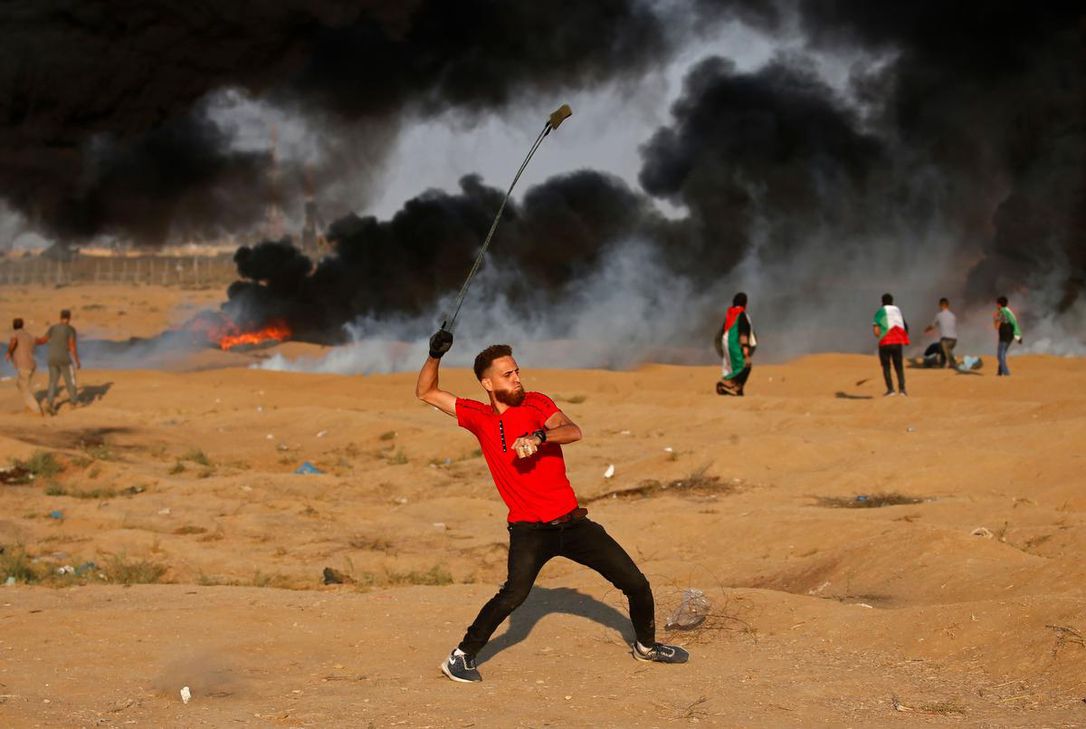 Don’t trust everything you read in the newspaper.

Despite what our media have been reporting, what’s been taking place for close to a year now along the fence that divides the Gaza-Israel border, are violent terror riots, not peaceful protests.

Organized, incited and financed by Hamas, Palestinians armed with assault rifles, IED’s, grenades, arson balloons and kites, knives, sling shots, and more, have sought to break through the barrier to infiltrate Israel with the intent to maim and murder innocent Israeli civilians. Many IDF soldiers have been injured, and a 21-year-old soldier named Aviv Levi was killed by a Gaza sniper in July.

Despite this, newspapers like the Toronto Star have described these actions as being part of a legitimate “protest” movement. Take for example, the Star’s October 13 coverage which featured this headline in print and online:

According to reports, on Friday October 12, the Israel Defense Forces said several Gazans planted a bomb by the fence separating Israel and Gaza. After it exploded and blew a hole in the fence, some 20 Palestinians rushed through and ran toward Israeli soldiers stationed in a sniper’s nest. One of the seven Palestinians rioters killed was shot while attacking soldiers with a knife. More news at Haaretz.

The army said some of the 15,000 Palestinians had hurled grenades, bombs, firebombs and rocks at Israeli forces at various locations along the border. Hadashot TV reported that for the first time soldiers were also being shot at with crossbows.

Given the circumstances of what has previously taken place and what took place on October 12, we asked Kathy English, the Toronto Star’s Public Editor, would it not be more accurate to label this incident (and others before) as being “riots” vs. “protests”?

Dear Mike: The article by the Associated Press refers to “protests” in the lede. I am satisfied that the headline is acceptable in light of that fact. The headline represents what the story states.

In response, HRC conveyed to the Star that the lexicon that journalists use, especially in covering the Middle East conflict, carries a lot of weight and that we trust that Star journalists are tasked to provide the most accurate, objective and the most precise news. Accordingly, Hamas would love for people to believe that all that is taking place are political protests, perhaps with placards and chanting, however, the truth is that week in and week out, Palestinians have engaged in violent riots – not protests which people likely conclude are peaceful in nature.

Most fair minded individuals would conclude (if prominently given the aforementioned information) that a violent riot had occurred, not a political “protest”. The Star’s and Associated Press’ claiming Palestinians are protesting, in essence, adopts Hamas’ narrative which Israel strenuously disagrees with.

To wit, if Palestinians are just “protesting” then according to this logic, the Israelis are just “counter-protesting,” right?

It’s appropriate for the Toronto Star to use the term “protest” or “protesters” in the following examples immediately below, but not in the one(s) about the violence which has taken place along the Gaza-Israel border: 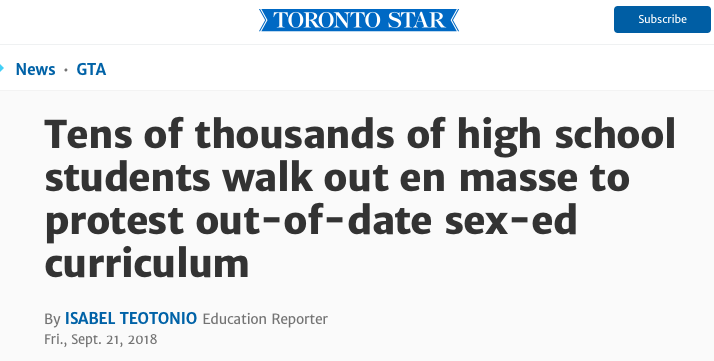 HonestReporting Canada encourages the Toronto Star to rethink its policy of describing these violent incidents carried out by Palestinians as “protests” given the aforementioned information.

We will continue to watch and respond to Canadian media outlets who falsely describe Palestinian riots as being “protests”.