Desmond Cole Given Unfettered Platform to Smear Israel on AM640 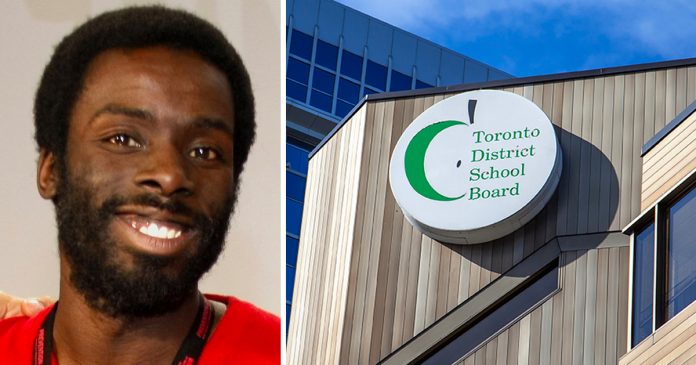 On the October 8 broadcast of AM 640’s Toronto Today talk show with Greg Brady, radio listeners were treated to a nearly 10 minute anti-Israel diatribe by controversial Toronto author Desmond Cole. (Start at the 11:50 mark on the audio player below)

Cole, who recently attempted to abuse his position teaching about anti-Black racism for the Toronto District School Board (TDSB) by spewing anti-Israel misinformation, was given an unfettered platform on Greg Brady’s program to air his criticisms against Israel. For background on this incident, see True North Centre’s report by Sue-Ann Levy entitled: “The TDSB’s Desmond Cole disaster won’t go away any time soon”

Cole’s remarks were little more than a rehash of the same, tired anti-Israel arguments being used without factual basis for decades.

“People prefer to defend the State of Israel. They prefer to defend a settler colonial regime in another part of the world where you can occupy other people’s land…where you can make laws and erase the laws of the people who were there and take away their customs if that sounds at all familiar to Canada, where you can control people movement…and so we are sympathetic to another settler colonial country that is doing the same thing,” Cole said (emphasis added).

Cole’s claims are without any factual basis whatsoever. Israel is the ancient, historic homeland of the Jewish people, exiled from their land for nearly two thousand years, and who retain legal, moral and historic right to the land. To call them colonialists is not only deeply offensive and incredibly ignorant of three millennia of Jewish indigenous presence in the Holy Land, but it is also utterly illogical.

Despite its repeated usage by Cole, colonialism is not a catch-all term for what he happens to find objectionable about Israel. Rather, it refers to the “domination of a people or area by a foreign state or nation,” and of course, even a cursory reading of the Jewish people’s extensive history in their homeland – they were named Jews after the land, Judea – the claim of colonialism becomes exposed as pure fiction. Jews are not foreign to their land, and they cannot occupy their own land, either.

“Teachers who don’t want to talk about Palestinian struggle are the norm. This is what we are trying to expose and challenge in the @tdsb.”
–@DesmondCole with @gregbradyTO on #TorontoToday.

Even more bizarre, Cole continued his on-air rant, claiming that Israel’s alleged so-called illegal occupation is due to the fact that Palestinians “are darker skinned” compared to Israelis. Once again, Cole’s ignorance is on full display. The majority of Israeli Jews are not, contra Cole, of European descent at all. In fact, they are fully Middle Eastern, with many of them having grandparents who were immigrants from Syria, Lebanon, and other neighbouring countries.

Unfortunately, for Cole, such critical details were conveniently ignored.

Just as problematic as Cole’s anti-Israel rant on AM640 was, including his baseless allegation that Israel is an “apartheid regime,” the total lack of push back from host Greg Brady, who allowed Cole to spew misinformation and falsehoods for eight minutes without a single criticism or objection, was highly objectionable.

In fact, at one point, just after Cole had just finished claiming Israel is a colonialist regime and that the Toronto school system perpetuates anti-Palestinian hate, Brady commiserated with him, sharing his school-year experiences of apartheid-era South Africa, and how some voices sought to stifle free expression, drawing an unjustified parallel.

The issues with Cole’s eight plus minute anti-Israel rant goes beyond his unsupported disinformation – and Brady’s inability or unwillingness to challenge said claims – but also about Cole’s total lack of recognition of the targets of racism and discrimination in Canada.

Cole attempted to argue that there was widespread and systemic anti-Palestinian discrimination in Ontario, arguing that “If they talk about their families in the occupied territories…they’re told ‘You’re being antisemitic.’”

While any form of discrimination is worthy of opprobrium, Cole not only failed to back up with a single piece of data any evidence of systemic anti-Palestinian discrimination, he also failed to give even a passing mention to the widely-documented reality that Jews are, across Canada, the country’s largest target of religiously-motivated hate crimes.

Perhaps such a fact flies in the face of Cole’s divisive rhetoric, or perhaps he is simply ignorant of those facts, but regardless of the reason for his shortcoming, to spend nearly 10 minutes opining on the need for equity and diversity while ignoring antisemitism is the height of ignorance.

During the interview, Cole also defended TDSB educator Javier Davila, who distributed materials to colleagues featuring links to the Popular Front for the Liberation of Palestine (PFLP), a recognized terrorist organization in Canada, during the May conflict between Israel and Hamas. But Cole whitewashed the incident, and defended Davila as someone who merely “shared resources” and was investigated for no cause whatsoever.

Cole’s shameless and agenda-driven drive by smear against Israel – first during his recent TDSB appearance – and now during the AM640 interview, was worthy of firm and unequivocal push back by host Greg Brady, but since that was shamefully not forthcoming, AM640 now needs to ensure that they provide a balance to Cole’s anti-Israel comments with a source supportive of Israel, and who can challenge the plethora of unsubstantiated remarks.


HonestReporting Canada has filed an official complaint with AM640 and Corus Entertainment. We encourage you to also send your complaints directly to AM640 at 640news@corusent.com. Voice your concerns on Twitter too by tagging @AM640 and GregBradyTO and referring to Greg Brady’s interview with Demond Cole on October 8.