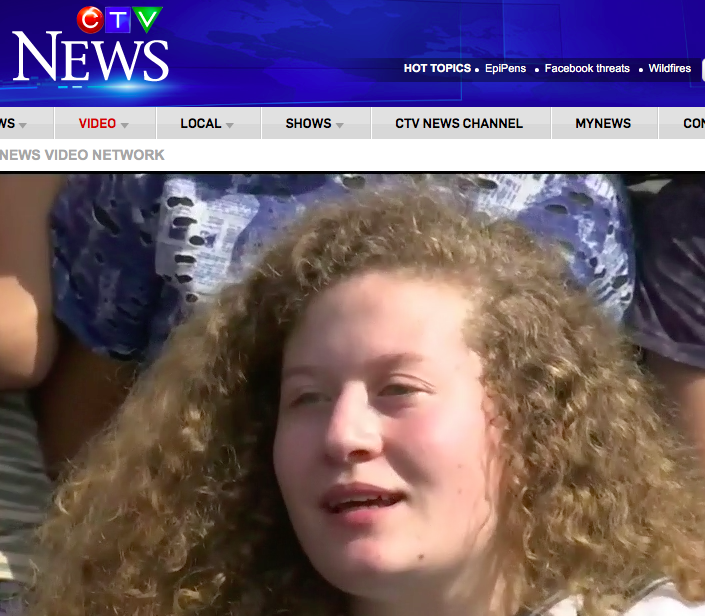 HonestReporting Canada has previously dealt with Canadian media outlets, specifically the CBC, for its having whitewashed Palestinian Teen Ahed Tamimi as “The new face of Palestinian resistance”. 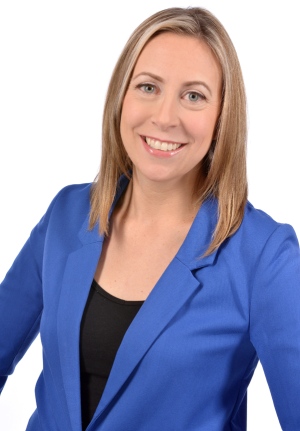 In a July 29 report dubbed: ‘One teen’s rebellion,” Vancouver Bureau Chief Melanie Nagy (pictured right) produced a report (from Vancouver no less) about how Ahed Tamimi has been released from an Israeli prison after having served 8 months for kicking and slapping Israeli soldiers.

CTV said that many Palestinians believe her actions were “heroic… she’s often portrayed as a powerful symbol of resistance to Israeli occupation.”

Watch the full report by clicking here or immediately below:

CTV acknowledged that she’s been called a “troublemaker” who pushes “propaganda” and quoted an Israeli cabinet minister who felt she should have been treated more harshly. However, untold by CTV News is that Ahed Tamimi regularly incites violence against Israelis. She’s called for suicide bombings and stabbings against Israelis and members of her family have literally murdered Israeli children. Tamimi’s parents are known for praising violence against Israeli civilians.

Why on earth would anyone hail Palestinian teen Ahed Tamimi as a symbol of presumably non-violent resistance?

Tamimi herself comes from a family of notorious Palestinian terrorists. Ahed’s aunt, Ahlam Tamimi, murdered 15 Israelis, (half were children) as a suicide bomber at the Sbarro pizzeria. She was just 20-years-old when she carried out this odious terror attack in Israel. Meanwhile, Ahed’s mother, Nariman, regularly incites terrorism against Israeli Jews on social media. Nariman spends her time by educating Palestinians on the best place on the body to stab Israeli Jews. Though parents are tasked to safeguard their children and not put them in the path of potential danger and yet, Ahed’s Father, Bassem, indoctrinates his daughter to be on the front lines, a would-be “martyr” for the Palestinian cause.

Furthermore, CTV News fundamentally ignored the role of Palestinian families, government, media and society for inciting and putting their kids on the front lines facing violence, instead of teaching kids peace.