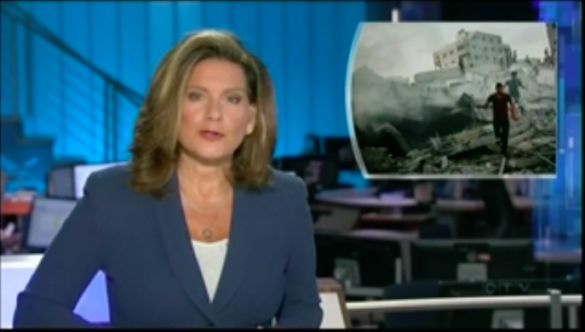 On September 13, HRC received the following response from CTV National News after we filed a complaint with the Canadian Broadcast Standards Council (CBSC) after CTV National News aired a report on August 9 which wrongly claimed that Israel destroyed a major Gaza “cultural centre”, whereas Israel contends the building was Hamas’ headquarters which was used for military and terror purposes. 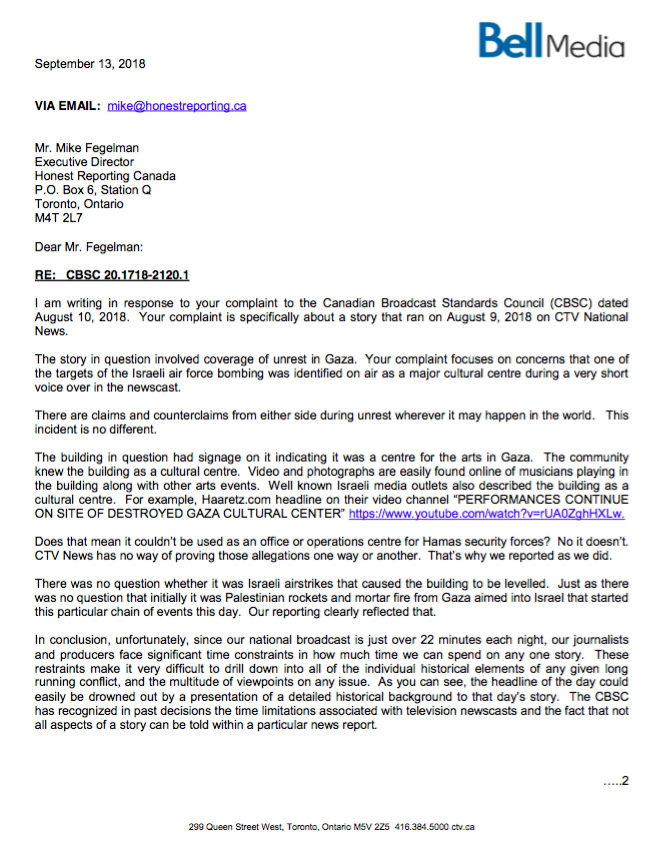 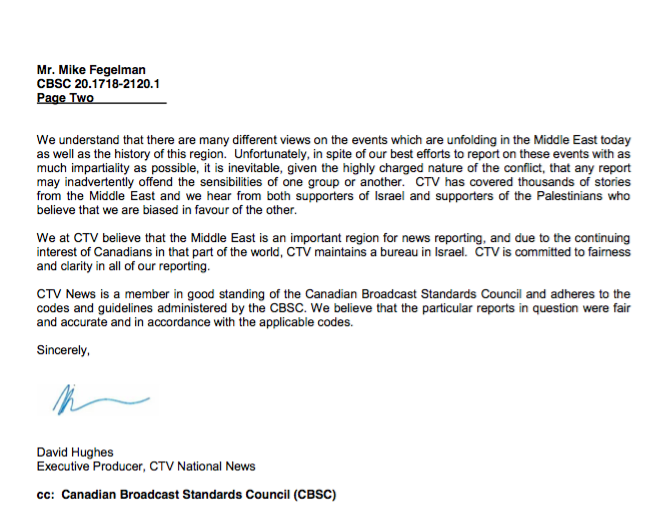 While Hamas and Palestinians may refer to the building as being a “cultural centre”, the Israelis claim it was used by terrorists to plan and execute terror attacks against Israelis. As it stands, CTV News adopted and parroted claims made by a terrorist organization in claiming that it’s a matter of undisputed fact that the building was a “cultural centre”.

CTV’s claiming that tight time constraints limit its ability to explain the totality of the story is unfounded. Context could have been procured had CTV simply told its viewers (on the initial or during a follow up broadcast) that Israel contends the building was used for military and terror purposes and that’s why it was targeted. 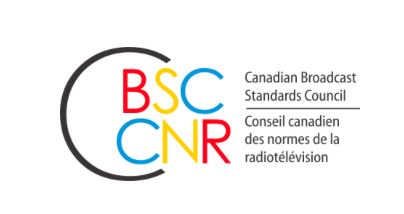 CTV’s reply acknowledges that it cannot discount the Israeli claims that the building was used for terror purposes by saying (emphasis added): “Does that mean it couldn’t be used as an office or operations centre for Hamas security forces? No it doesn’t. CTV News has no way of proving those allegations one way or another. That’s why we reported as we did.”

Though CTV should be guided by the pursuit of the truth and letting the facts speak for themselves, all CTV really had to do was attribute the Israeli claims. To not mention this vital context was unfair, misleading and unbalanced. CTV was wrong to adopt the Palestinian/Hamas narrative in claiming that the building was a “cultural centre”, instead of being judicious and impartial.

HRC has asked the CBSC to arbitrate our concerns as we believe CTV National News violated CBSC standards and codes. Stay tuned to this page for future updates.