Intersectionality is defined as: “The interconnected nature of social categorisations such as race, class, and gender, regarded as creating overlapping and interdependent systems of discrimination or disadvantage.”

Anti-Israel detractors regularly exploit intersectionality to advance pro-Palestinian causes, oftentimes at the detriment of the cause they overlap.

Case in point, on Saturday, November 27, CTV Montreal’s evening news broadcast saw journalist Iman Kassam produce a report on Montrealers who marched outside the RCMP building in Westmount in support of Wet’suwet’en hereditary chiefs who are in a stand off with the RCMP and the Coastal GasLink company in BC.

At the end an otherwise straightforward television report, reporter Kassam incorporated intersectionality by interviewing an anti-Israel, pro-Palestinian protestor who was there to support the Wet’suwet’en nation on their land, implying that the Palestinian-Arabs are the true indigenous peoples of Israel, and that the Jewish people don’t have indigeneity in their ancestral homeland.

Here’s a short transcript of the offending segment: 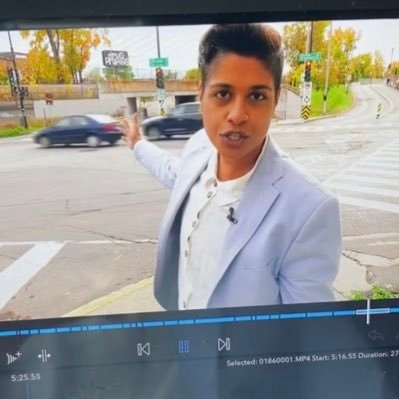 The inclusion of this interview with this anti-Israel activist was gratuitous and had no relevance to this report which was ostensibly about Montrealers who marched outside the RCMP building in Westmount to show solidarity with Wet’suwet’en chiefs.