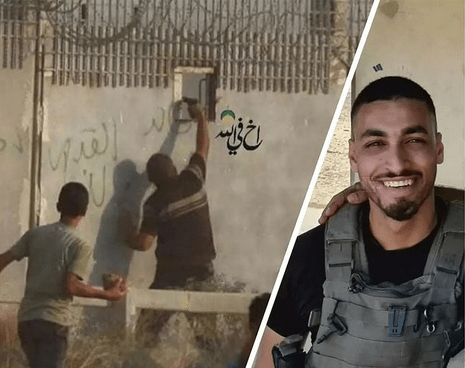 Subsequent to the issuance of this HRC alert and the action undertaken by our subscribers, CTV is now referring to the Palestinian terrorist who shot an IDF solider as a “militant”  instead of as a “protestor”. While,naturally we prefer that the individual be referred to as a terrorist, but notwithstanding, this is a marked improvement from CTV’s previous reporting which sanitized terror against Israelis.

Here’s a before and after which shows how CTV’s reporting has been amended: 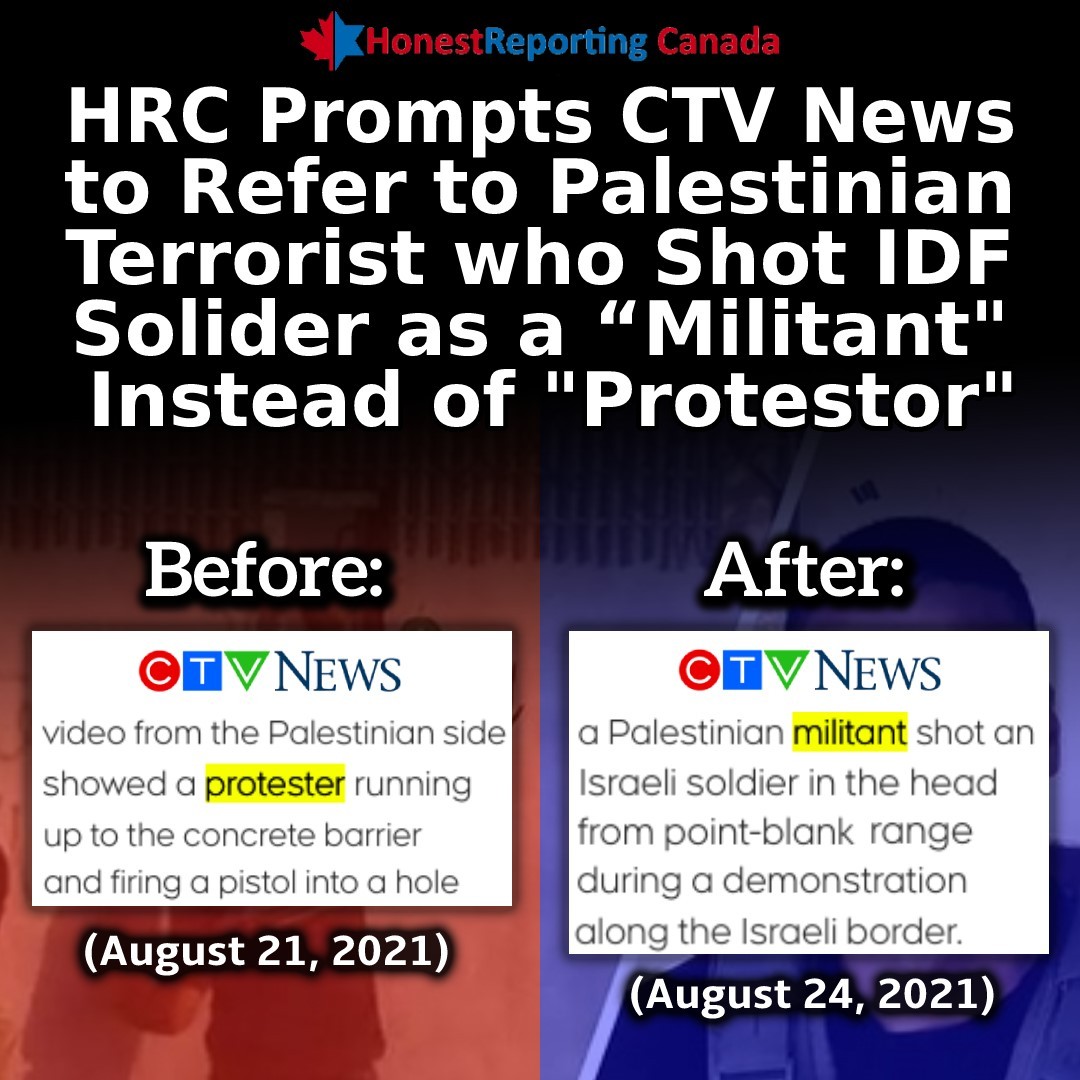 Before: “Amateur video from the Palestinian side showed a protester running up to the concrete barrier and firing a pistol into a hole used by an Israeli sniper.” (CTV News: August 21, 2021)

After: “Over the weekend, a Palestinian militant shot an Israeli soldier in the head from point-blank range during a demonstration along the Israeli border.” (CTV News: August 24, 2021)

Over the weekend, Hamas-incited riots took place along the border between Gaza and Israel, where hundreds of Palestinians threw rocks and explosive devices at IDF soldiers.

In the ensuing violence that took place, footage that went viral online shows a Palestinian terrorist shooting an Israeli border police officer in the head at point-blank range. The officer, 21-year-old Barel Shmueli pictured above, is now in critical condition.

A video shows Palestinians along the Gaza border fence this evening firing a gun into an IDF firing position. pic.twitter.com/WTln2UznEk

In covering the hostilities, CTV News published an Associated Press report to its website on August 21 which labelled the terrorist as a “protestor”. It said the following:

It also said a member of the paramilitary border police was hospitalized in grave condition after being shot. Amateur video from the Palestinian side showed a protester running up to the concrete barrier and firing a pistol into a hole used by an Israeli sniper.”

Protestors are people who use non-violence, usually at political rallies and demonstrations to rally for a cause, they do not use deadly weapons with the intent of killing innocents.

Importantly, early reports claim that the gunman is a member of Hamas’ security forces, with a rank equivalent to a lieutenant.

CTV’s sanitizing this attempted murder of an innocent Israeli by a Palestinian terrorist is appalling. Take action now! Send a complaint to the CTVNews.ca team at newsonline@ctv.ca.