HRC brought our concerns to the attention of CTV News executives following a December 10 CTV Montreal report which alleged only that Israeli use of tear gas at a protest in the west bank had led to the death of a Palestinian cabinet minister.

What CTV failed to tell its viewers was that Israel contends that the minister died from pre-existing conditions which may have been exacerbated during confrontations with Israeli soldiers. The minister had suffered from heart disease, high blood pressure and diabetes.

CTV’s report said the following and it can be viewed by clicking here or on the image below:

“A member of the Palestinian cabinet was killed today, it happened during a demonstration in the west bank. Witnesses say Israeli troops fired tear-gas at him and dozens of marchers. Palestinian medics say he died of complications related to tear-gas exposure. The protesters were on their way to plant olive trees on land near a Jewish settlement.” 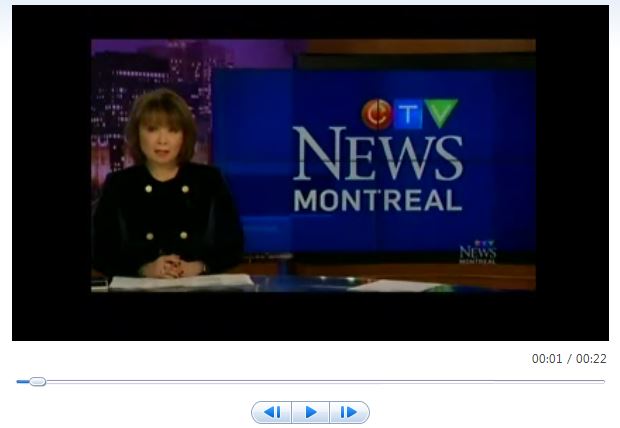 We were troubled that this CTV News report failed to provide context on the disputed nature of what is suspected to have caused the death of the Palestinian cabinet minister. CTV only referenced claims that he died of complications as a result of “tear-gas exposure” according to “witnesses” and “Palestinian medics”.

CTV failed to acknowledge that Ziad Abu Ein had suffered from diabetes and high blood pressure according to family members and was suffering from heart disease.

As YNet says: “The report, being led by Palestinian, Jordanian and Israeli pathologists, said the death was caused by blockage in the coronary artery, and said there were signs of light internal bleeding and localized pressure on the neck, at least according to the Israeli version of the report published by the Health Ministry. The deceased suffered from heart disease, and there was evidence that plaque buildup were clogging more than 80% of his blood vessels, as well as signs that he had suffered heart attacks in the past.”

CBC.ca reported on the disputed nature of his death saying:

“Israeli and Palestinian pathologists disagreed Thursday on whether a blow to the body or a bad heart was the main cause of death of a Palestinian minister who collapsed shortly after scuffling with Israeli troops during a West Bank protest. Palestinian doctors said Ziad Abu Ain died from a blow, not natural causes. Israeli doctors said the 55-year-old died from a blockage of the coronary artery due to arterial bleeding that could have been caused by stress. Israeli pathologists Chen Kugel and Maya Furman said Abu Ain had a bad heart, including 80-per cent blockage by plaque in the blood vessels of his heart, and that this “caused him to be more sensitive to stress.” They said in a statement that the coronary artery was blocked due to bleeding under a layer of atherosclerotic plaque, and that this bleeding could have been caused by stress. The doctors said light bleeding and localized pressure were found on his neck.”

CTV viewers were not told of Abu Ein’s pre-existing health condition, only one narrative was telegraphed by CTV: that the Palestinian cabinet minister died, allegedly due only to tear-gas exposure.

As we told CTV executives, we felt it was incumbent for CTV News Montreal to produce a forthcoming segment to acknowledge the disputed nature of the circumstances that caused the Palestinian cabinet minister’s death and to point out his poor health had existed prior to the protest. Failing which, CTV viewers will have only been informed that a presumably healthy Palestinian politician died as a result of Israeli-induced tear-gas usage at the protest, whereas, a competing narrative claims he died of existing heart and health complications and stress that was likely exacerbated due to the confrontation with Israeli soldiers.

Responding to our concerns on December 12, Barry Wilson, CTV News Montreal’s Executive Producer acknowledged that their report was “incomplete” and committed to issuing an on-air clarification. Mr. Wilson stated the following in an email sent to HRC Executive Director Mike Fegelman:

Your correspondence of today’s date directed to Ms. Freeman has been forwarded to the attention of CTV Montreal. We acknowledge that our on air report on Dec 10th on the death of a Palestinian cabinet minister was incomplete.   From what we are able to ascertain, there is a divergence of opinion on what caused his death and he also suffered from pre-existing medical conditions. Accordingly, on our broadcast at 18:00 tonight, we will run an item which clarifies that the cause of death remains controversial,  with Israeli and Palestinian pathologists coming to  very different conclusions.

Subsequently, CTV broadcast the following on-air clarification on December 12 which you can watch by clicking here or on the image below: 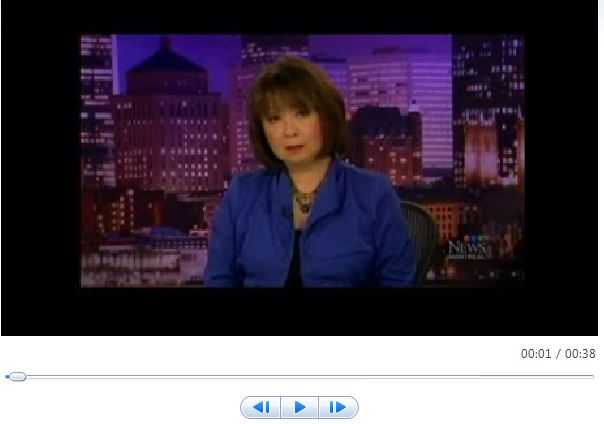 “There is disagreement tonight on the cause of death of a member of the Palestinian cabinet. Israeli and Palestinian pathologists who performed an autopsy on Ziad Abu Ain have reached contradictory conclusions. He died Wednesday after confrontations between Palestinian protesters and Israel border police in the west bank. The Palestinian doctors say he died as a result of a blow to his body, not natural causes. Israeli doctors say he suffered from heart disease and his death was caused by a blockage in a coronary artery. We’d like to clarify an earlier report we broadcast that said he died solely as a result of tear gas exposure.”

HonestReporting Canada commends CTV News for its prompt and professional efforts to remedy the shortcomings of its original reporting of this incident.