A Palestinian terrorist intentionally rammed his car into five female Israeli police officers in Jerusalem, seriously injuring them and then exited his vehicle to attack onlookers with a meat cleaver, and this is the headline CTV produced for its March 6 story: 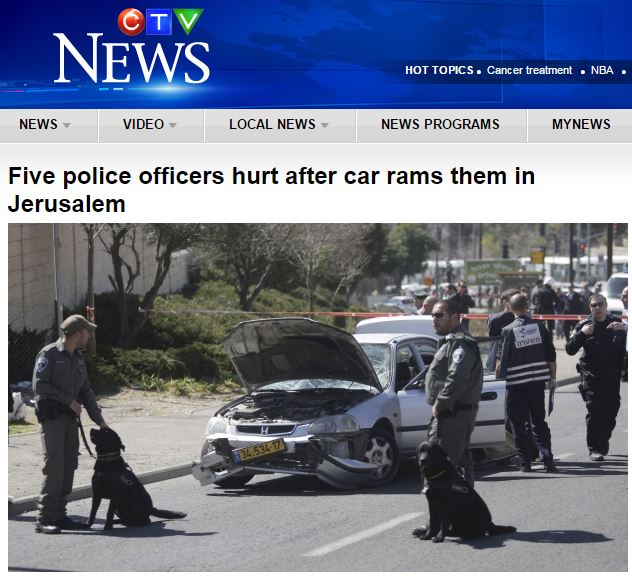 For casual readers who just glance at headlines and who don’t read the adjoining article, these readers may have wrongly concluded that a simple traffic accident had taken place in Jerusalem. CTV altogether failed to indicate in its headline that an attack had taken place, even though the article itself quotes Israeli authorities who referred to the incident as a “terror attack”.

While it’s praiseworthy that CTV News.ca did cover this incident of Palestinian terror, it erred by not prominently informing its readers about the fact that an attack had taken place.

If you think CTV News should have pointed out that an attack had occurred, please send your considered comments to CTV President Wendy Freeman at: Wendy.Freeman@bellmedia.ca.