SUCCESS: CTV London Removes Event Organizer’s Material From Its Website That Wiped Israel Off The Map 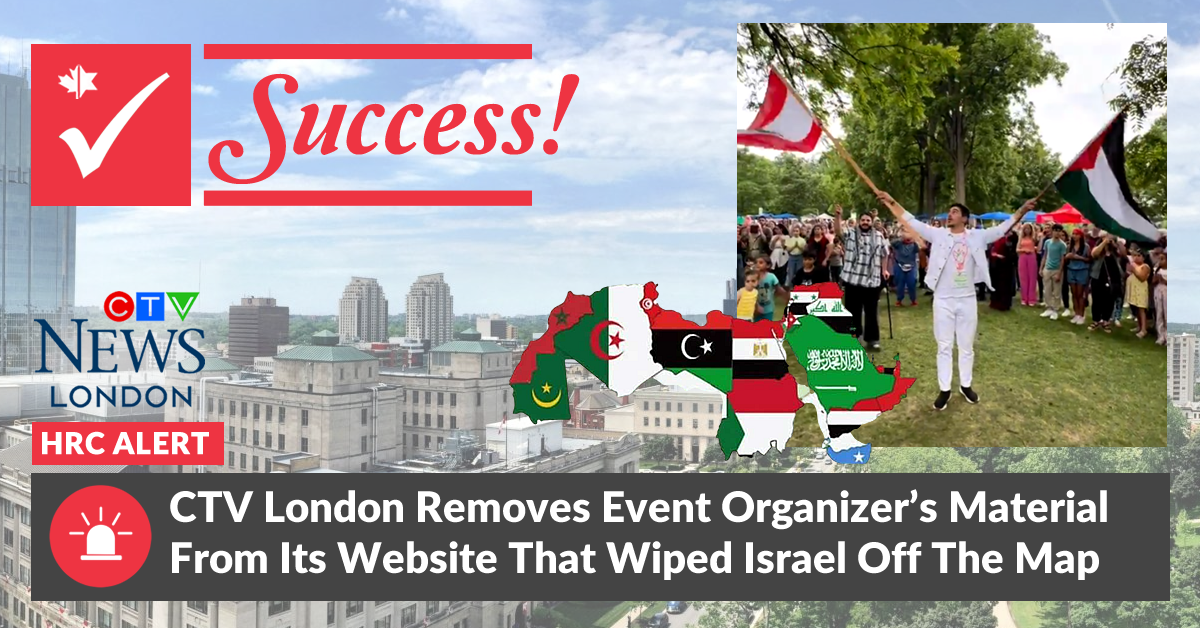 Success! We are pleased to report that subsequent to our Action Alert on August 22, 2022, CTV London has removed all promotional material on its website from the Youth Committee of the Canadian Arab Society, regarding the Middle East Fest, which took place in London, Ontario on August 20, 2022.

The promotional material prominently featured a map of the Middle East but replaced the State of Israel with a Palestinian Flag.

We thank CTV News for their swift action in removing the material and rectifying the situation.

On August 20, the Youth Committee of the Canadian Arab Society held its Middle East Festival in London, Ontario.

According to the organizers, the goal of the event was to share the broad cultural scope of the Middle East with everyone in London and the surrounding area and to show the diverse nature of the Middle East; focusing on food, dance, music, and the arts.

And yet, in covering this festival, CTV News published the event organizer’s promotional materials which featured a map of the Middle East that not only wiped Israel off the map, it replaced it with a Palestinian flag. 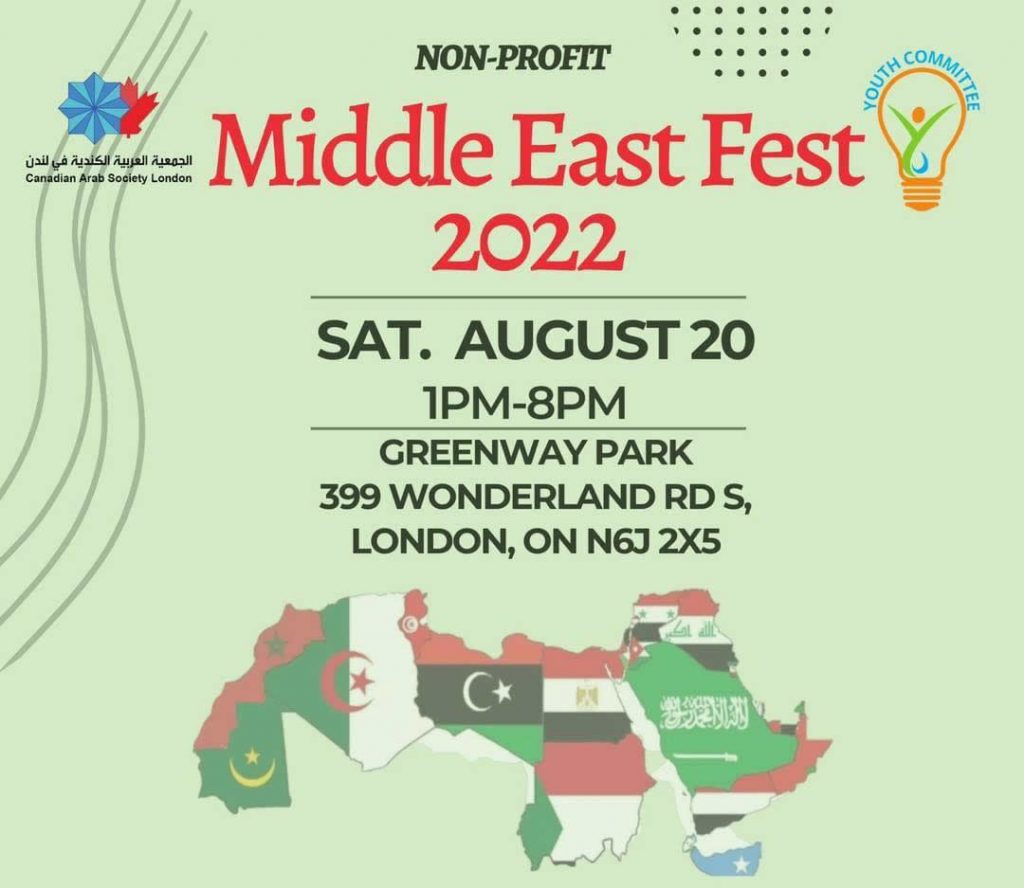 Replacing modern-day Israel with a non-existent state of “Palestine,” gives license to calls for Israel’s destruction. That Arab organizations in London, Ontario produced this map which purged the Jewish state from the Middle East is appalling and CTV should not give it a platform.

Call on CTV News London to remove this false and offensive map from its website. Send complaints directly to CTV News London by clicking here or send emails to the CTVNews.ca team: newsonline@bellmedia.ca and tag on Twitter @CTVLondon, Facebook @CTVLondon and Instagram @CTVLondon.