The terror attack killed four Israeli soldiers and injured a dozen, prompting problematic coverage at the websites of CTV News and the Toronto Star.

Earlier this morning, CTV News published a shameful headline to an Associated Press article which made a truck terror attack seem like it was traffic accident, not intentional terror committed by a Palestinian Islamic State sympathizer. The headline stated only: “Truck plows into Israeli soldiers killing 4 in Jerusalem”.

Subsequent to HonestReporting Canada sending a complaint to several CTV News executives, CTV amended the headline to acknowledge that Israel claims the Palestinian terrorist was from the Islamic State and that it was a “truck attack” – not an accident.

As we told CTV News, our public broadcaster also carried the same report as CTV’s with a headline that properly identified the incident as an “attack”. We relayed how readers see headlines 3:1 over the adjacent article and social media shares headlines with prominence, which compounds the need for accurate headlines with context.

Thankfully, CTV amended their misleading headline after our complaint which states the following: “Netanyahu: Islamic State to blame for truck attack that killed 4 Israeli soldiers.”

Over at the Toronto Star though, a similar headline still appears and states the following: “Truck rams into crowd in Jerusalem killing four”

We’ve filed a complaint with the Star’s Public Editor asking that this headline be amended to mention that this incident was a terror attack carried out by a Palestinian ISIS sympathizer. Stay tuned to this page for updates.
UPDATE: January 9, 2017
Today, CTV News published the following article headlined: “Israeli police arrest 9 following Palestinian truck attack” and the Toronto Star published an AP article entitled: “Truck attack targets Israeli soldiers”. Both articles mention that the incident was an “attack”. 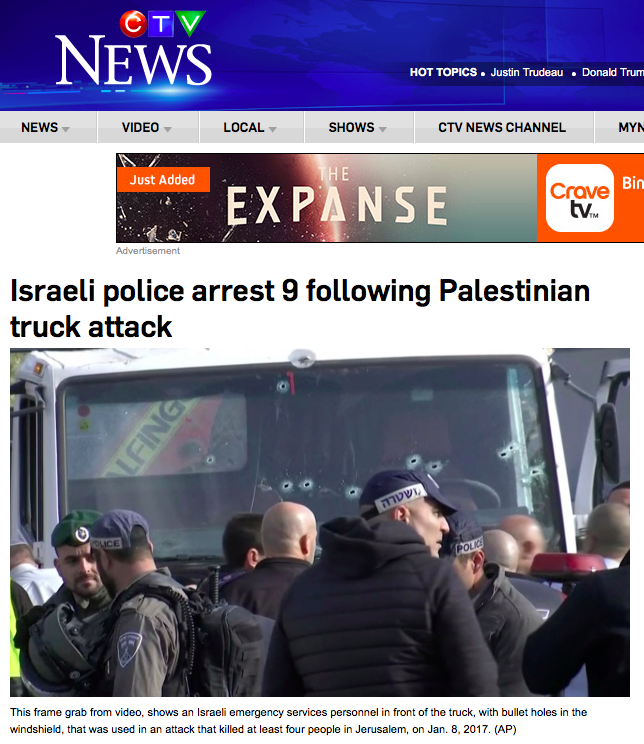 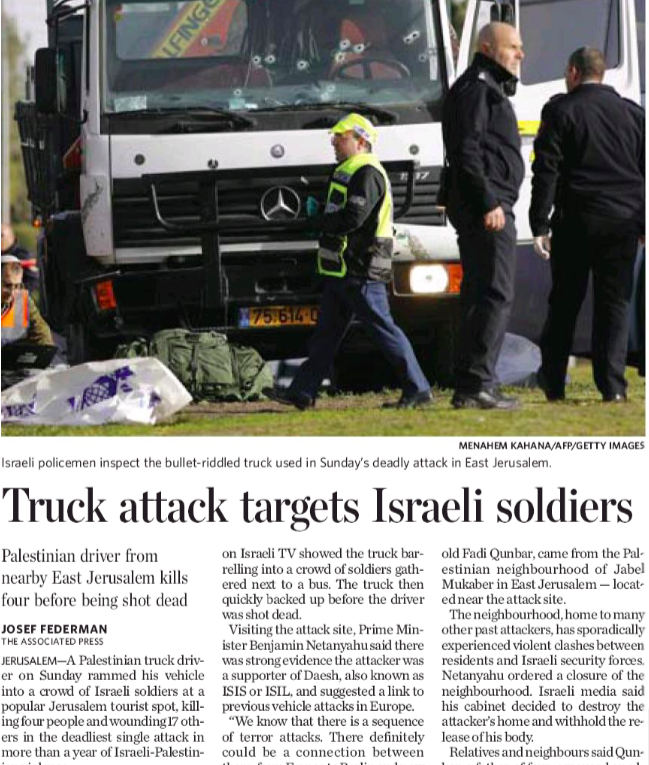