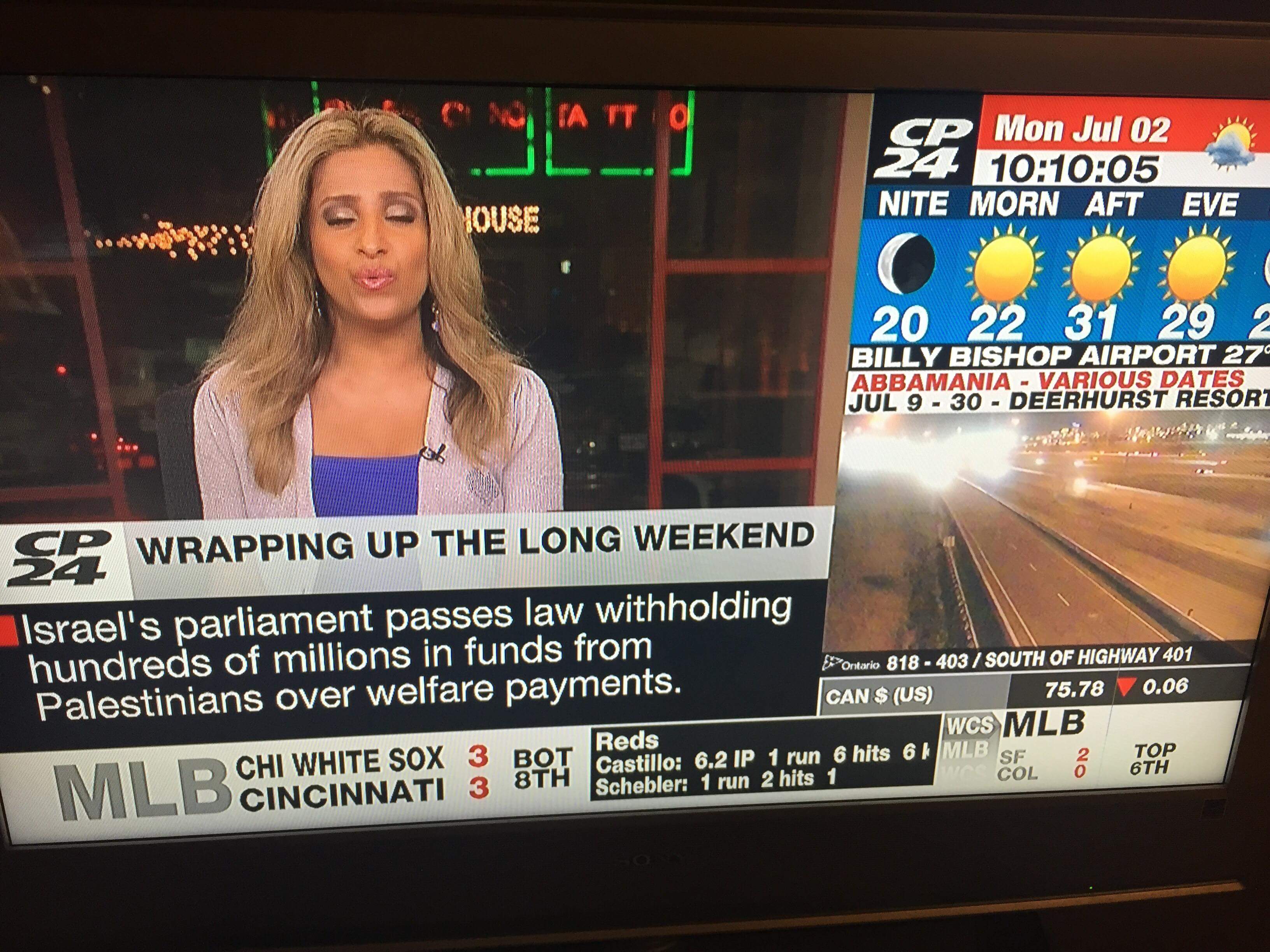 Untold in this message is that these so-called “welfare payments,” in excess of $300 million per year, are given to terrorists and their families as rewards for their horrifying and despicable acts of terror against Israelis. The U. S. has similar legislation called the Taylor Force Act, legislation that proposes to stop American economic aid to the Palestinian Authority until the PA changes its laws to cease paying stipends to individuals who commit acts of terrorism and to the families of deceased terrorists.

CP24’s ticker tape omitted mentioning this vital context and made it seem as though Israel was wrongly withholding “welfare payment” funds to the Palestinians.

There’s no substance to this claim. Please file a complaint now with CP24: breakingnews@cp24.com.