VIDEO: CP24 Wrongly Claims a Palestinian Was Stabbed and Severely Wounded by an Israeli

On March 18 at 5:46pm, CP24 broadcast a short segment where its anchor erroneously claimed that a Palestinian was stabbed and severely wounded by an Israeli. In fact, only the inverse is true.

Watch the report by clicking here or immediately below:

As Haaretz reports, An Israeli man (Adiel Coleman) was stabbed in a Palestinian terror attack in Jerusalem’s Old City and who later succumbed to his wounds. Coleman was a married father of four children from the west bank settlement of Kochav Hashachar. His attacker was 28-year-old Abed al-Rahman Bani Fadel, a Palestinian from the west bank village of Aqraba, who stabbed the victim in his upper body near the entrance to the Temple Mount compound. 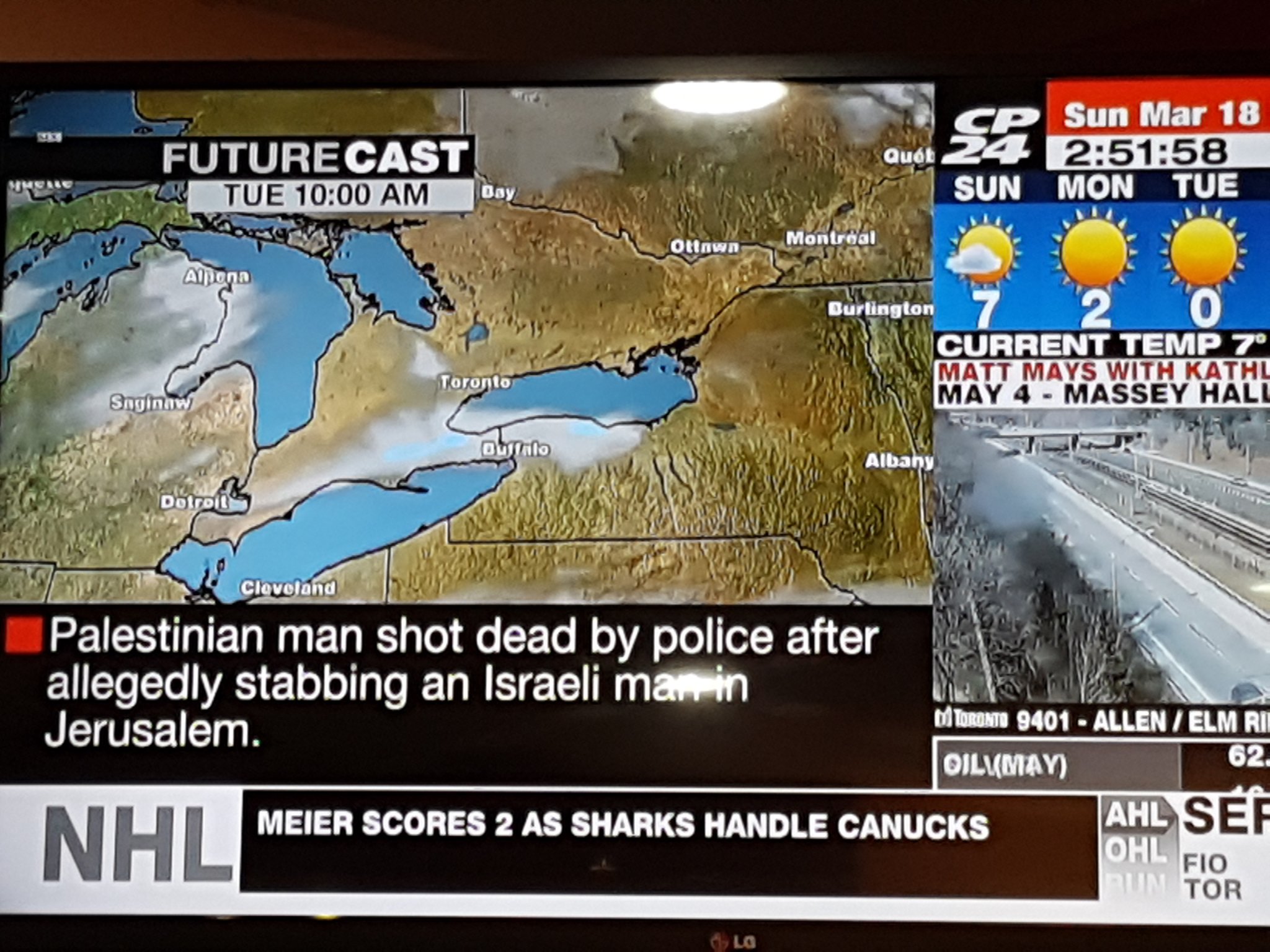 We trust that CP24’s anchor likely read the news script incorrectly as the headline for the report did correctly state: “Palestinian stabs Israeli in Jerusalem”. That said, for anyone who heard this report and who didn’t read the headline, they were mislead into believing that an Israeli stabbed and seriously wounded an innocent Palestinian.

This error came on the same day that CP24 featured reportage on this incident claiming only that a “Palestinian Man” (Not Terrorist) Only “Allegedly” Stabbed an Israeli Man.