Sunlight is said to be the best disinfectant. With that in mind, on September 27, Canadian columnist Michael Coren took to Twitter to state the following:

In response, HonestReporting Canada wrote the following to Mr. Coren: 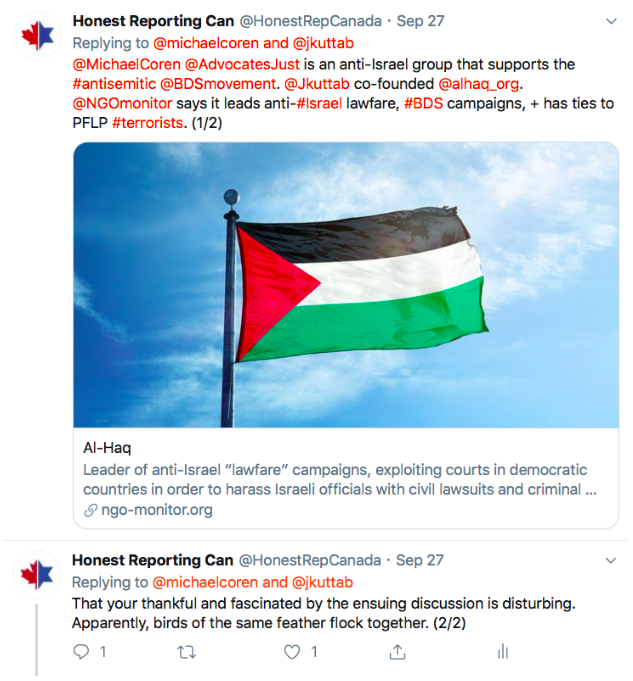 Not surprisingly, Mr. Coren has not responded to our calling out his attending and participating in an event hosted by BDS supporters. The BDS (boycott, divestment and sanctions) movement is antisemitic in that it calls for Israel’s very destruction.

Mr. Coren: Do you condemn or support BDS?