Update 1: On March 25, the Hill Times published our rebuttal to Gwynne Dyer’s endorsing of the so-called 1-state solution formula that is tantamount to wiping Israel off the map. 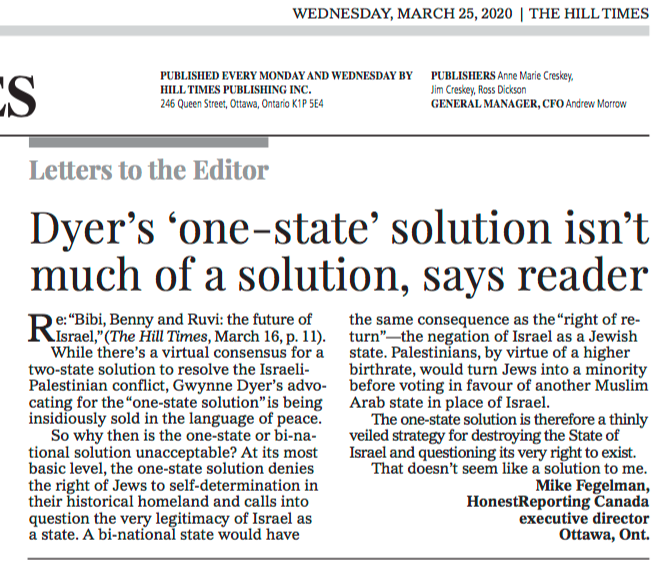 Update 2: On March 27, the Lethbridge Herald published two letters condemning Gwynne Dyer’s support of the “one-state solution”. HRC’s letter was published as was a letter from HRC subscriber, Larry Shapiro. 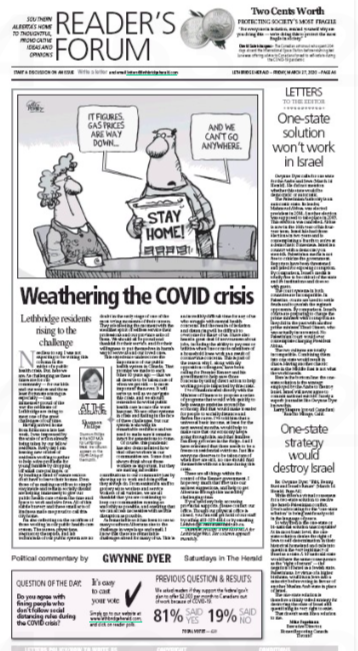 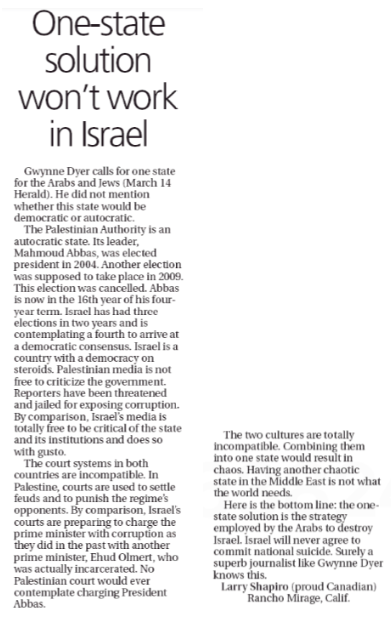 While there’s a virtual consensus for a two-state solution to resolve the Israeli-Palestinian conflict, Gwynne Dyer’s advocating for the “one-state solution” in commentaries published in the London Free Press, The Telegram, Lethbridge Herald and the Hill Times on March 13, 14, and 16 is being insidiously sold in the language of peace. 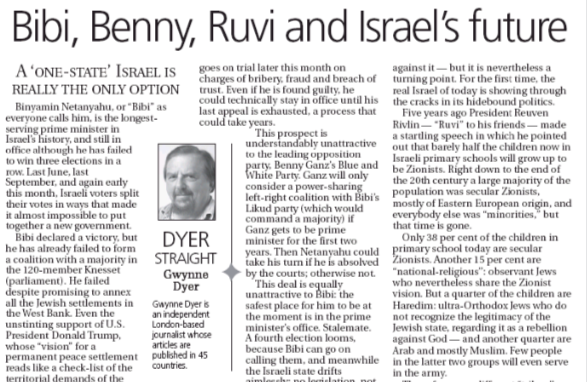 So why then is the one-state or bi-national solution unacceptable? At its most basic level, the one-state solution denies the right of Jews to self-determination in their historical homeland and calls into question the very legitimacy of Israel as a state. A bi-national state would have the same consequence as the “right of return” – the negation of Israel as a Jewish state. Palestinians, by virtue of a higher birthrate, would turn Jews into a minority before voting in favor of another Muslim Arab state in place of Israel.

The one-state solution is therefore a thinly veiled strategy for destroying the State of Israel and questioning its very right to exist.

Take action now! Send your considered comments to each newspaper rebutting the “one-state solution” and Gwynne Dyer’s endorsement of it.