The government of Canada is calling a CBC report that it is threatening to bring hate crime charges against advocates of a boycott of Israel “inaccurate and ridiculous.” 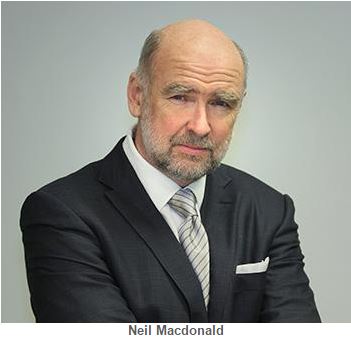 The CBC, however, is standing behind its report, saying “our reporter and our editors thought it was a strong, original story.”

On May 11, CBC ran an article on its website by veteran TV journalist Neil Macdonald, the network’s senior Washington correspondent and its former chief Middle East correspondent based in Israel, under the headline, “Ottawa threatening hate charges against those who boycott Israel.”

The article states, “The Harper government is signalling its intention to use hate crime laws against Canadian advocacy groups that encourage boycotts of Israel.” It cites a number of NGOs that are concerned they might come under a hate crimes investigation, among them labour unions, student groups, the United Church of Canada and the Canadian Quakers.

“The allegation that we are using those laws in that way is completely false,” said Jeremy Laurin, press secretary for Public Security Minister Steven Blaney. “The government will use its right of free speech to denounce these comments.”

Meanwhile, Honest Reporting Canada is asking the CBC to review the article and take “corrective action.”

Honest Reporting asks the CBC to cite a specific statement by a government minister calling for use of the hate crimes laws against boycotters.

“The article itself does not contain anything to substantiate this charge except conjecture and Mr. Macdonald’s deductive reasoning, along with his forming conclusions based on some statements made by senior [Public Safety] officials,” Honest Reporting stated.

The statements Honest Reporting was referring to were emails sent by Josee Sirois, a spokesperson for Public Safety Canada, who forwarded the Criminal Code’s anti-hate law sections to Macdonald. The reporter had asked Sirois to clarify what Blaney meant when he said in a speech at the United Nations in January that Canada has a “zero-tolerance approach to anti-Semitism and all forms of discrimination, including in rhetoric towards Israel, and attempts to delegitimize Israel such as the boycott, divestment and sanctions (BDS) movement.”

In her response, reported on The Intercept website by U.S. journalist Glenn Greenwald, Sirois stated, “With regards to Canadian criminal law, I can tell you that Canada has one off the most comprehensive sets of laws against hate crime anywhere in the world.”

She goes on to cite the Criminal Code provisions against advocating genocide, promoting hate against identifiable groups, seizure of hate propaganda, provisions for enhanced sentencing for hate-motivated crimes and even refers to a section on “mischief in relation to a building that is primarily used for religious worship.”

Sirois adds a reference to the federal government’s Security Infrastructure Program, which helps communities protect themselves against hate-motivated crimes.

In an email response to CJN queries, Chuck Thompson, head of CBC English Service’s public affairs, stated, “When Honest Reporting Canada complains about an aspect of our coverage, we respond to them directly. That organization knows how much priority CBC News places on being accountable for what we do. CBC News has a set of journalistic standards and practices which are transparent and available to the public. For times where our responses do not satisfy a complainant, we also are one of the few media organizations that has a fully independent ombudsman who can review whether CBC journalism lives up to those standards.”

And in a subsequent email, Jack Nagler, director of journalistic public accountability and engagement for CBC News, responded to suggestions the item was one-sided by saying, “If this were a story on whether BDS was good or bad – or a story about Israeli policies – of course it would have required other perspectives.

“But it wasn’t about either of those things. It was about trying to understand what actions the federal government intends to take, given its declaration of ‘zero tolerance.’”

Honest Reporting noted that following its complaint, the headline on Macdonald’s article was changed to read, “Ottawa cites hate crime laws when asked about its ‘zero tolerance’ for Israel boycotters.”