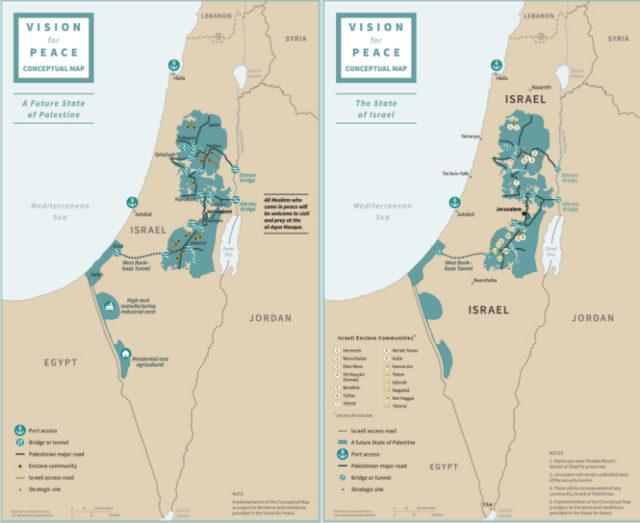 In an article published in the Canadian Jewish News on February 21, reporter Ron Csillag covered how various Canadian Christian groups, Kairos Canada (administrated by the United Church of Canada) and the Anglican Church of Canada, have voiced opposition to President Trump’s Middle East peace plan.

The CJN cited HRC’s taking Kairos to task for ceremoniously rejecting the plan and not seeing it as a basis for renewed bilateral negotiations between Israel and the Palestinians:

Instead of rejecting the plan, “why not encourage Palestinians to view it as a basis to resume bilateral talks to negotiate final status issues?” asked Mike Fegelman of HonestReporting Canada in a recent letter published in The Hill Times, in response to an opinion piece by Kairos on the U.S. peace plan.” 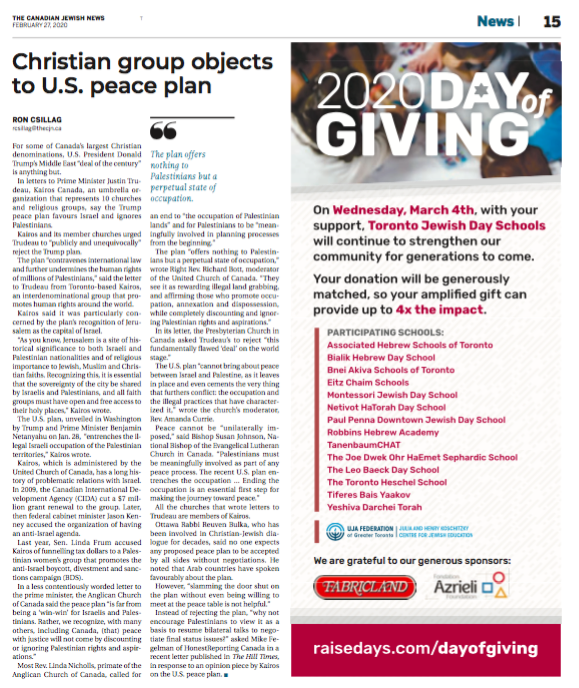