Following CD4HR’s antisemitic comment claiming that 9/11 was an inside job carried out by Zionists (Jews) and the U.S. on Twitter on September 12, the anti-Israel organization has once again taken to the social media platform to call for Israel’s destruction on September 15.

CD4HR’s comment was made on the very same day that Israel made a historic peace with Bahrain and the United Arab Emirates. Importantly, by denying the right of the state of Israel to exist and calling for its destruction, is antisemitic according to the IHRA definition of antisemitism. 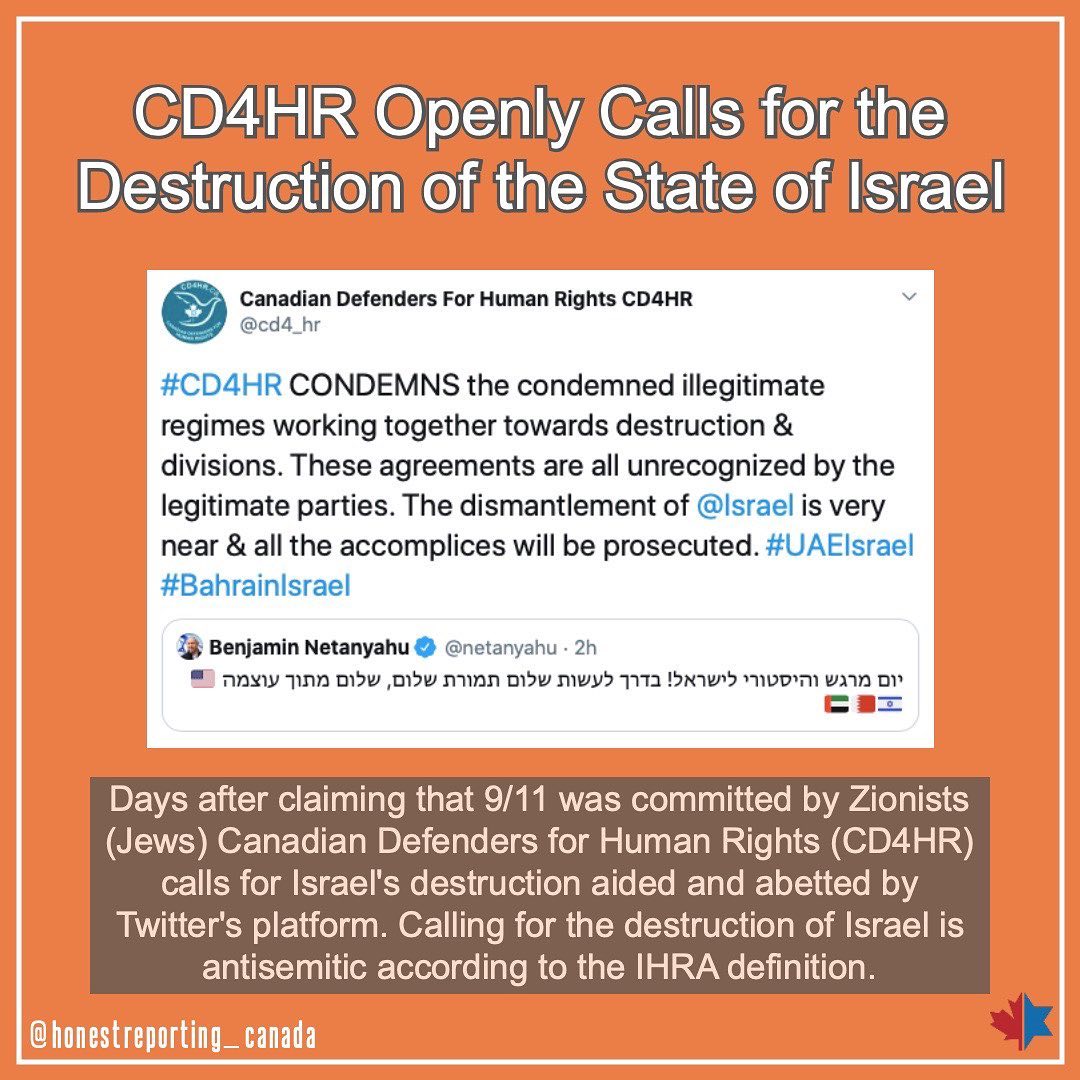 #CD4HR CONDEMNS the condemned illegitimate regimes working together towards destruction & divisions. These agreements are all unrecognized by the legitimate parties. The dismantlement of @Israel is very near & all the accomplices will be prosecuted. #UAEIsrael #BahrainIsrael https://t.co/74dkpvju96