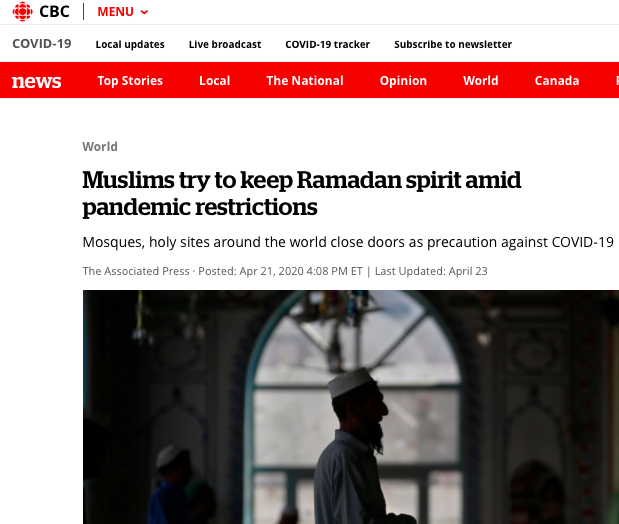 On April 22, HonestReporting Canada liaised with CBC News executives to complain about an article published the day prior to the CBC’s website which blamed Gazan poverty exclusively on the Israeli-Egyptian arms blockade of Gaza.

In the Gaza Strip, the group Salam Charitable usually receives donations from Turkey, Malaysia, Jordan and elsewhere for its Ramadan relief projects. Last year, it was able to distribute 11,000 food parcels and clothes for children. Charities are vital in Gaza, which has been under an Israeli-Egyptian blockade for 13 years, leaving more than half the population of 2 million under the poverty line.

This year, giving has dried up.

“This time last year, we had already three contracts to give food parcels to the poor. This year we don’t have any,” said Omar Saad, spokesman for the charity. “I think we missed the opportunity because Ramadan is starting soon.”

As we told the CBC,  this statement is terribly misleading. Has the Israeli-Egyptian blockade of Gaza contributed to Gazan poverty and despair? Most certainly, but to isolate the blockade as the only cause of poverty in Gaza is a gross distortion of the truth. As is commonly known, but ignored in this article, the blockade is intended to prevent and thwart the transfer of arms, weapons, and cash to the Hamas terror group which runs Gaza. There are a myriad of reasons for Gazan poverty such as how the Hamas terror group misdirects considerable sums of money (taxes and humanitarian aid) towards terror instead of allocating funds towards necessary institution building, health care, and advancing various industries and deceasing unemployment. As well, the fact that Hamas and Fatah in the west bank are at odds contributes to the status quo. Furthermore, this statement fundamentally absolves Palestinian’s of their own agency and self-determination and ignores rampant corruption that’s been widely reported and is well known. It also ignores the fact that Gazan poverty existed well before the 2007 blockade was imposed.

It’s not incorrect to say that the blockade has played a role and has “contributed to” how 2 million people there are under the poverty line, though other causing reasons (not related to Israel) should be cited.

Following our intervention, CBC amended the sentence in question which now states the following:

In the Gaza Strip, the group Salam Charitable usually receives donations from Turkey, Malaysia, Jordan and elsewhere for its Ramadan relief projects. Last year, it was able to distribute 11,000 food parcels and clothes for children. Charities are vital in Gaza, where a 13-year-long blockade by Israel and Egypt is considered to be largely responsible for leaving more than half the population of two million living below the poverty line.”

By adding the words “considered to be largely responsible,” the CBC’s remedial action takes their previous claim that the blockade has caused Gazan poverty from an objective, fact-based matter, to one of a subjective nature using indirect 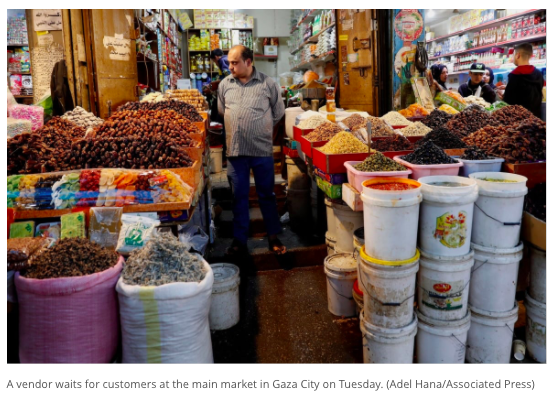 attribution to unnamed sources. While this is a step in the right direction, the word “largely,” as it is now being used, is highly subjective and a more neutral and objective way of putting it would be to say “partly responsible” or to say that it has “contributed” to Gazan poverty. The word “largely” implies that the blockade is the majority causing factor of Gazan poverty and “partly” means that it has been a contributing factor.

If you ask Israel, officials will say that Gaza’s poverty is due primarily due to Hamas’ failure to run the territory properly and due to its preference to allocate funds for terror purposes.

Notwithstanding, we appreciate that the CBC listened to our concerns and are hopeful that senior editors at our public broadcaster are now sensitive to this issue.