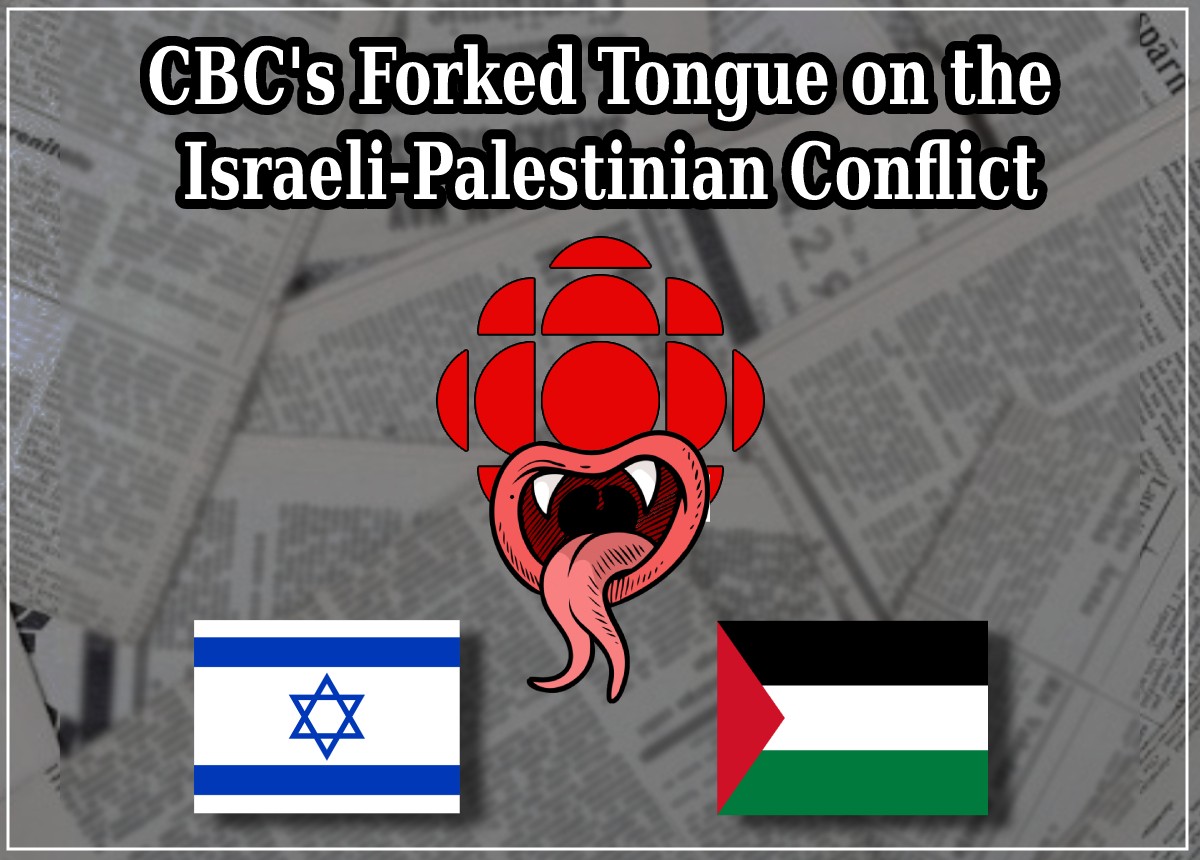 On July 5, the CBC Radio program “Unforked” produced a segment on “gastronationalism” where Israel was accused of “appropriating” hummus as its own national dish, with CBC framing the chick pea delicacy as really being of Palestinian origin.

The show descended into a depiction of Israelis as “settler colonialists” and occupiers of indigenous Palestinian land, who were responsible for erasing so-called historical Palestinian communities.

Listen to the program by clicking here and navigate to the 10:25 mark. 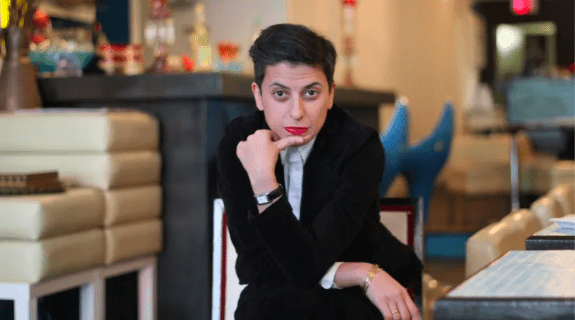 Hosted by the CBC’s Samira Mohyeddin (pictured right), Unforked is described as: “Picking apart the food that we eat to reveal the culture and politics baked into it.”

Naturally, CBC ignored Jewish indiginieity to Israel and how Jews returned to their ancestral homeland after over two millenia of forced exile. The implication drawn was that Arabs were native to the land and Jews were dispossessers. Israel was presented as if it had no culture of its own, so Jews “appropriated” the culture of the true indigenous people of the land, Palestinians.

The program featured Layla el-Haddad, a Palestinian social activist and author of the Gaza kitchen: A Palestinian culinary journey and Daphna Hirsch, a sociologist at Open University of Israel in Tel Aviv. (If you think the CBC procured balance by finding an Israeli co-panelist, think again. Im Tirtzu points out that Hirsch is a supporter of the BDS movement, called for the “siege” of Gaza to be lifted, and signed a petition calling for the release of terrorist supporter Dareen Tatour, who was arrested and convicted for inciting violence and supporting a terrorist organization.

Layla el-Haddad described how she felt It was a “slap in the face” when hummus became Israel’s national dish. El-Haddad said the following:

A lot of the early Jewish settlers and Zionists, it was a matter of wanting to put roots on the ground and culturally wanting to immerse themselves in the land of Palestine, but rejecting the people behind the culture. So in that sense, it would have made sense as settler colonialists to kind of like adopt these ingredients and herbs and things that Palestine was known for, and then after that dishes right and tried to rebrand them, appropriate them into the national culture and psyche, but like rejecting the original inhabitants of the land and consumers of the dish and so on and so forth and it becomes such that people can make it seem like it’s something ridiculous or trivial, so you know, somebody might say, why can’t you just all get along, like what’s the big deal… make hummus, not war… why do you have to make it all political, and that too trivializes and infantilizing the whole issue, because it’s kind of missing the point, because it’s not we just want to pick a fight, no it’s much deeper than that. If only I could actually visit Acre and all these places, and Jaffa and that really gets at the heart of the matter, I can’t even travel in my own land to eat hummus in a lot of these places. So that kind of sums up why we can’t all sit together and eat hummus and pretend like there was no borders, or no problems or no occupation.”

Hirsch’s only reply: “I completely agree with the (el-Haddad’s) political analysis…”

Haddad: “… I think of all these women who I interviewed who are now in their 90’s, survivors of the Nakba, who plowed these fields and planted those chick peas.” 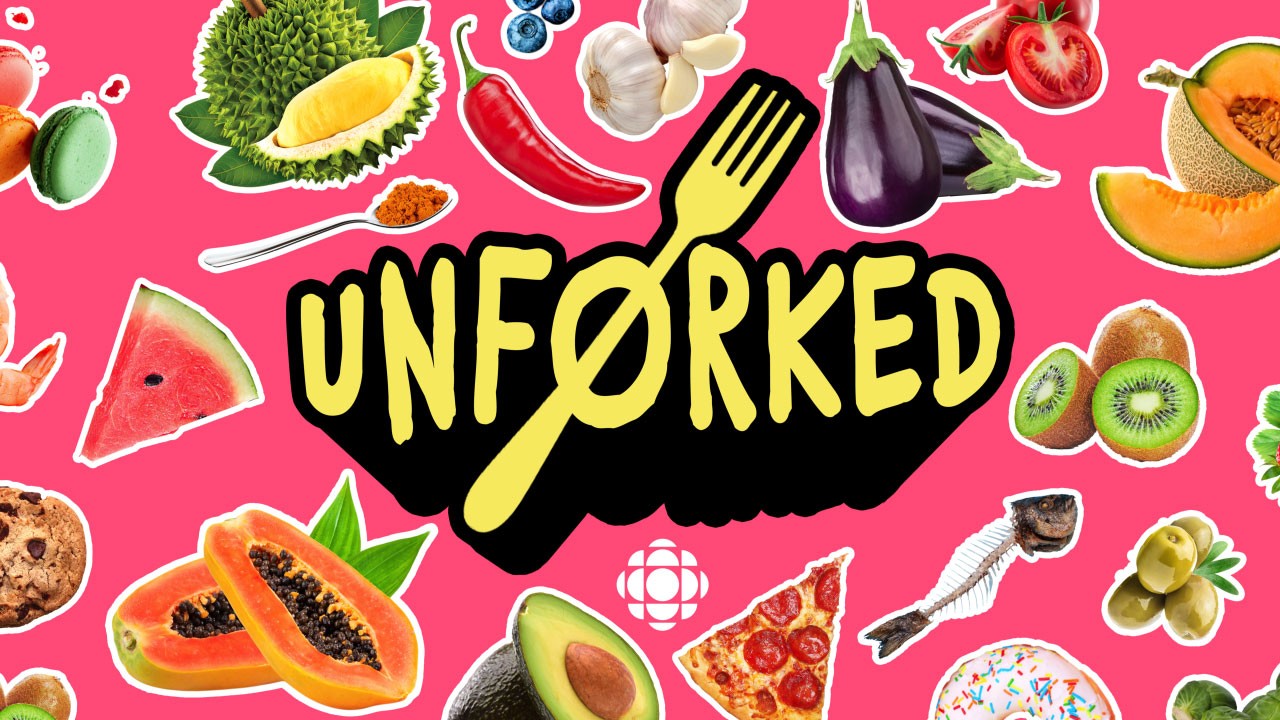 CBC host Samira Mohyeddin then orated the following: “Nakba, the word Layla just said means catastrophe or disaster in Arabic, it’s used to describe what happened on May 15, 1948 when processions of Palestinians, 750,000 of them, fled their homeland during the formation of Israel.”

El-Haddad then stated the following: “And now there’s just no evidence whatsoever of their (Palestinian) existence, of their villages that have been renamed, erased from the earth and we talk about how often the only way to experience those places is through eating some of these traditional dishes…”

Mohyeddin referred to the rebirth of Israel in 1948 as the “Nakba,” a provocative and hateful term which means “catastrophe” in Arabic. By using this term, Mohyeddin repeats the defamatory claim that Israel’s very existence – the world’s only Jewish State – is somehow objectionable, despite the Jewish people’s extensive moral, historical and legal rights to the land.

Untold by the CBC, the origins of the so-called “Nakba,” were caused by a war of annihilation launched against the nascent Israeli state by neighbouring Arab armies. This “catastrophe” which forms the foundations of the Palestinian culture of victimhood, was caused by the Arab world’s choice to go to war with the Jews rather than live alongside them in peace, and by the decisions of the surrounding Arab states to force approximately 800,000 Palestinian refugees in squalor in refugee camps, denying them equal rights and the opportunity of citizenship and to integrate into society with their fellow Arabs with whom they share common language, religion and culture.

The claim of forced expulsions of Palestinians does not stand up to scrutiny. When Israel gained it’s independence in 1948 as a Jewish State, after nearly two thousand years of occupation by the British, the Ottoman Turks, Saracen Arabs and others, many of Israel’s Arabs left the newly reborn State of Israel.

Many of these Arabs were threatened by their own Arab leadership to leave. As the Economist magazine reported at the time, “It was clearly intimated that those Arabs who remained in (the Israeli city of) Haifa and accepted Jewish protection would be regarded as renegades.” Another contemporaneous article by Time magazine reported that the Arab leadership wanted to harm Israel’s ability to function, and thus encouraged its Arab citizens to leave. “By withdrawing Arab workers, their leaders hoped to paralyze Haifa,” Time reported.

Claims of Israeli “settler colonialism” is an allegation that’s not only misinformation; it’s an erasure of three thousand years of Jewish history in Israel. Though Jews have been occupied and oppressed by a variety of global powers during that time, they never lost the desire to determine their own future, in their historic homeland, Israel.

Framing Israel as having engaged in tacit “hummus-washing,” only serves to delegitimize Israel and the Jewish people’s right to self-determination in their historic homeland. This CBC program denied Jewish indegeneity in the land of Israel and depicted Israel’s creation as a catastrophe, and not the miracle and blessing that it truly was.

HonestReporting Canada has filed a complaint with the CBC and we encourage all of our subscribers to also file complaints directly with CBC Editor-in-Chief Brodie Fenlon at: Brodie.Fenlon@cbc.ca. Please refer to the July 5 broadcast of the CBC Radio program “Unforked.”