Not surprisingly, our public broadcaster’s coverage of the “Great March of Return” riots at the Gaza-Israel border this past weekend was biased against Israel, prompting HonestReporting Canada to file complaints calling for remedial action.

On March 30 at 3:03pm, CBC Radio aired a report from Lauren Izo (sp?) about the “March of Return” protests. Ms. Izo mentioned that two young Palestinians were killed and more than 100 injured according to the “Gaza Health Ministry” and that in the past year, 250 Palestinians have been killed. Importantly, Ms. Izo failed to mention that the Hamas terror group runs the Gaza Health Ministry and that an Israeli soldier was killed in a sniper attack and over a dozen soldiers injured in the past year. Ms. Izo also failed to mention the following attacks IDF soldiers have faced over the past year at these riots, nor was there any mention of the hundreds of recent rockets fired at Israeli cities, several which wounded Israelis, including infants: 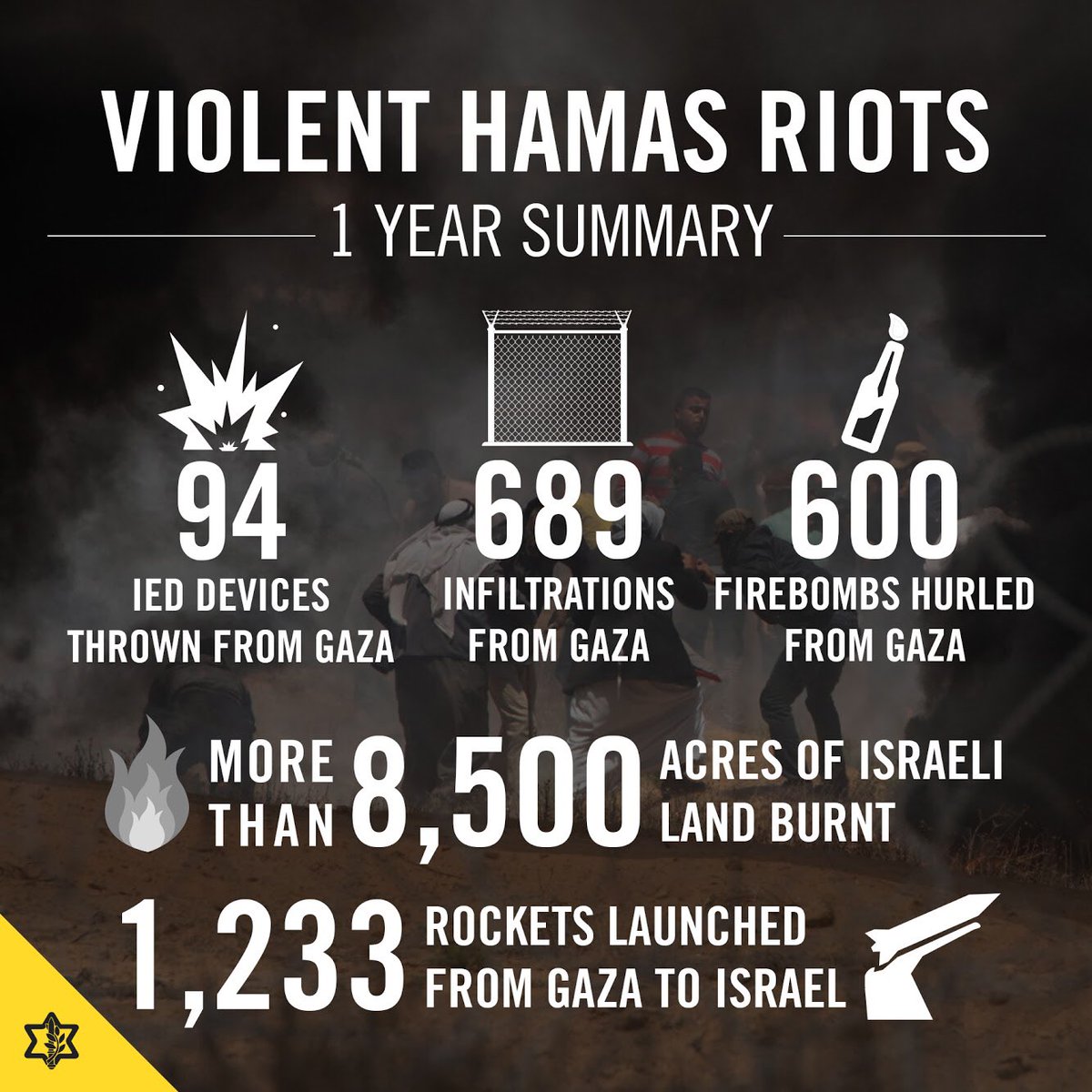 You can listen to this radio report by clicking here or on the image below:

Some of this context should have been acknowledged by the CBC in the interests of fairness and balance. In correspondence with the CBC, we asked that a future report be broadcast which acknowledges these essential facts.

Also on March 30,  a CBC television anchor orated a report (click on image below to watch report) at 2:50pm while CBC producers displayed footage showing Israel Defense Forces Soldiers detaining two male Palestinian youth. What was untold to CBC viewers was that Hamas had dispatched the two Palestinian eight-year-olds and each had crossed into Israel, with one who was carrying a knife that could have been used in a terror attack. Israel apprehended them and sent them back to Gaza. Importantly, using children in warfare is a violation of the Geneva Conventions and a bonafide war crime. 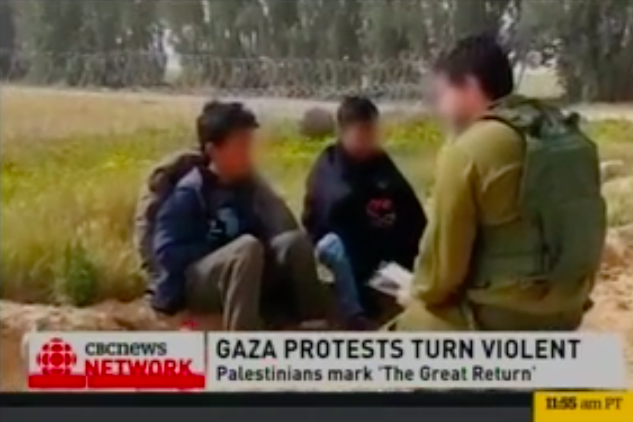 See this Times of Israel report to confirm the veracity of this information or the IDF’s tweet below:

These 8 year old children were forced to cross into Israel with a knife. We returned them safely to Gaza. pic.twitter.com/IWRYjWWUnZ

As a means of remedy, we respectfully requested that CBC cover this incident in a future broadcast in light of the incomplete and non-contextualized information that was broadcast.

We await the CBC’s reply to our concerns. Stay tuned to this page for future updates.