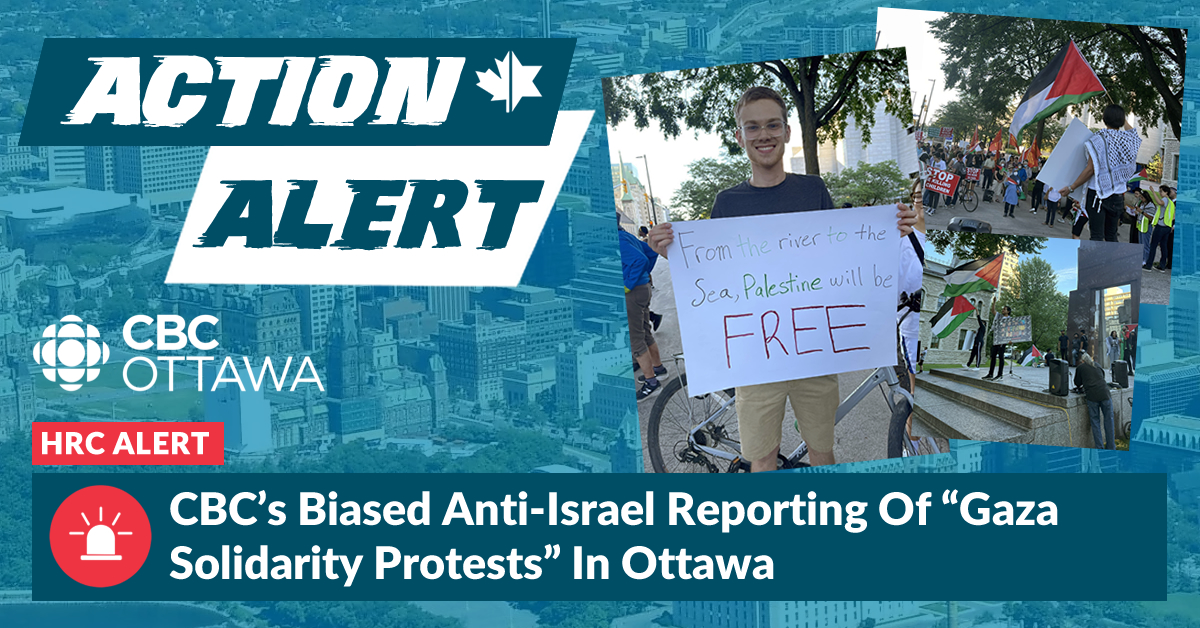 HonestReporting Canada has lodged a complaint with CBC News after our public broadcaster produced biased anti-Israel reporting about a recent “Gaza solidarity protest” that was held in our nation’s capital, wherein the CBC’s reporting sanitized Islamic Jihad terrorism, whitewashed the anti-Israel rally, and spread disinformation about the three days of hostilities between IDF forces and Iran’s terror proxy.

In his CBC News.ca report, Mr. Rana stated that: “The death toll after three days of fighting has risen to 47 after a man later died from his wounds, the Health Ministry in Gaza said Thursday. Several militants were among those killed, including two senior Islamic Jihad commanders, one of whom Israel said it targeted in order to foil an imminent attack.”

“Several,” is an understatement. Islamic Jihad and other Gaza terror groups have acknowledged that 15 of the dead were their members.

As well, the CBC reporter quoted Sarah Abdul-Karim, an organizer with the Palestinian Youth Movement of Ottawa saying: “I think the core message of our protest is amplifying the Palestinians’ right to resist.”

Importantly, resistance is a euphemism used to justify Palestinian terrorism. 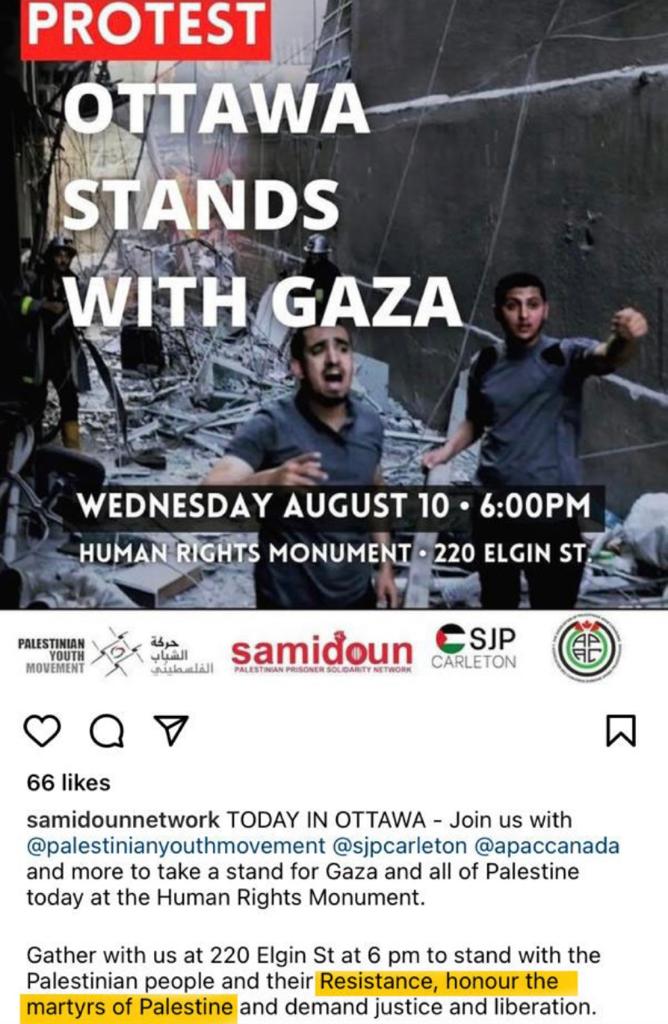 Untold by the CBC’s reporter and as noted by CIJA, the organization Palestinian Youth Movement (PYM), has praised Palestinian terrorists, including Ibrahim Al-Nabulsi, who was responsible for a string of terrorist attacks, including a shooting attack on Joseph’s Tomb that injured two worshippers and an IDF commander. PYM also claimed that an Islamic Jihad commander who was killed by Israel, Taysir Mahmoud al-Jabari, is a “martyr”. Meanwhile, a co-sponsor of this rally is Samidoun, an organization which the Israeli government alleges is a front for the Palestinian terror group Popular Front for the Liberation of Palestine (PFLP).

The Jerusalem Post reported that at the Ottawa rally, pro-Palestinian protestors chanted for Israel’s destruction: “In Ottawa, marchers organized by the Association of Palestinian Arab Canadians and Students for Justice in Palestine Carlton chanted ‘There is only one solution, Intifada revolution’ and ‘from the river to the sea, Palestine will be free.'” 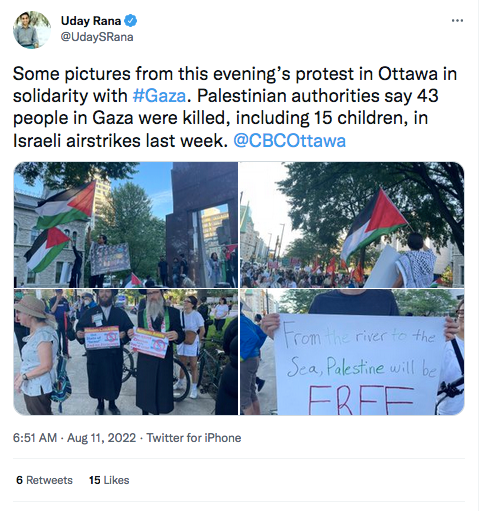 Untold, it’s believed that 1/3 of Palestinian fatalities of civilians, children included, took place when errant Islamic Jihad rockets landed in Gaza. Lastly, the photo showing the sign “From the river to the sea, Palestine will be free” is language understood by Israel and Jewish communities writ large as calling for Israel’s destruction.

As well, this CBC reporter shared scores of anti-Israel retweets on his CBC Twitter account. No context of the Israeli perspective can be found on his Twitter channel. 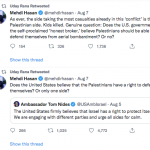 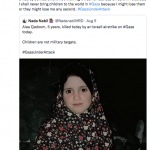 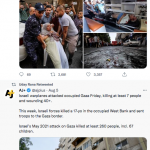 Rana’s TV report spoke of how there were Israeli airstrikes on Gaza last week that killed dozens and quoted a source from the Palestinian Youth Movement of Ottawa claiming Israel has been the consistent “aggressor”.

The report does not mention that Israel carried out pre-emptive airstrikes against what it says were threats emanating from Gaza by Islamic Jihad. Israeli media reports say the Israel Defense Forces’ intelligence found that Islamic Jihad wanted to launch a rocket at an Israeli civilian bus and carry out a drone attack against a gas field in Israel. Mr. Rana’s TV report also failed to mention that Palestinian terrorists fired 1,000 rockets at Israel and that 1/3 of the Islamic Jihad rockets landed in Gaza, killing scores of Palestinian civilians, including many children, and maiming countless civilians.

HonestReporting Canada has called on CBC to implement immediate corrective action across all of its platforms to set the record straight. Stay tuned to this page for future updates.

At this time, we encourage HRC subscribers to share this alert to raise awareness of this issue and to name and shame the CBC for its anti-Israel journalism.