The following is a cross-post from Pesach Benson, Senior Media Researcher and Analyst at  HonestReporting.com:

Palestinian incitement? The Israeli government’s incitement index could be shoved in veteran CBC correspondent Neil MacDonald’s face and he wouldn’t recognize it for what it is. Instead, he spins it this way to fit his world view:

Netanyahu also seems to be saying there can be no deal unless Palestinians stop saying nasty things about Israelis. 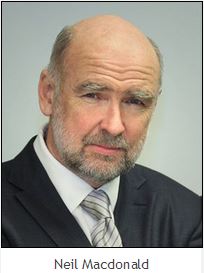 Israel, which has long complained about what Palestinian children are taught, has created an “incitement index,” along with a slide presentation on the Palestinian media that it has shown Kerry’s officials.

The Palestinians, the Netanyahu government says, continue to negate Israel’s existence. Palestinians, of course, have similar claims about Israel . . .

Macdonald went on to cite a State Department-funded academic study on incitement in schoolbooks. Last year’s study, however, was thoroughly debunked and discredited for its moral equivalence; a State Dept. spokesperson even resorted to “rhetorical backflips” to distance the US from the woeful report Macdonald now embraces:

As for Israel’s complaint that the Palestinians ignore Israel’s existence, the study also found that maps in both Palestinian and Israeli schools tend to blank out the other side entirely.

The study didn’t examine media, or social media, but anyone who has lived there knows there are ugly voices on both sides. Palestinian voices, being the ones on the occupied side, tend to be more bitter.