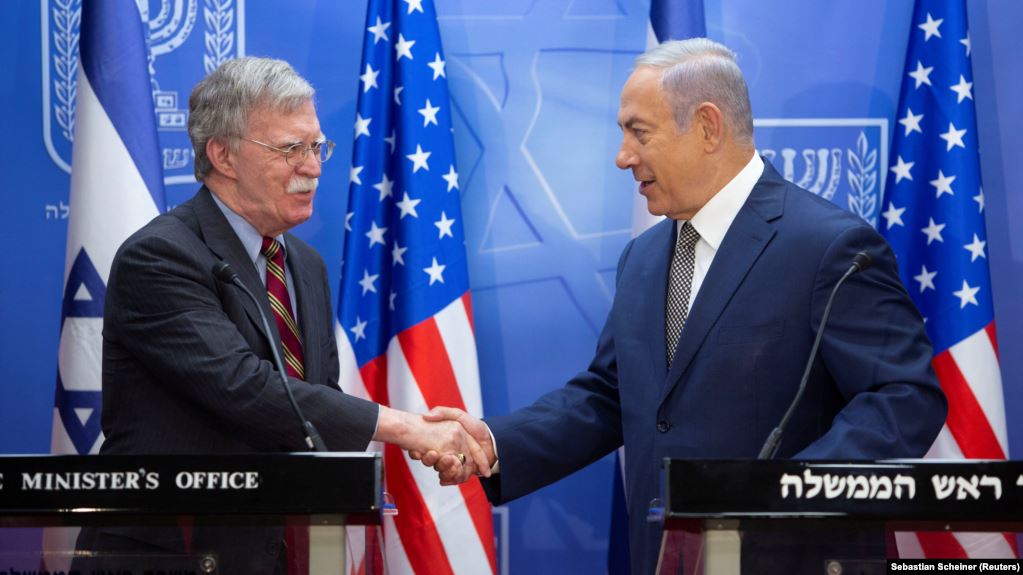 Almost a year ago exactly, HRC condemned CBC The Weekly for airing an outrageous Jewish conspiracy theory which claimed that wealthy Jews (specifically casino magnate Sheldon Adelson and his net worth of $40-billion+) effectively control U.S. President Donald Trump and his inner circle which was “instrumental in persuading Trump” to move the U.S. Embassy to Jerusalem and to pull out of the Iran nuclear deal.

Not surprisingly, despite the opprobrium that ensued CBC defended the program. All was above board according to our public broadcaster.

Recently on May 18, CBC The Weekly targeted Israel again, specifically Benjamin Netanyahu, by casting the Israeli Prime Minister as seeking a war with Iran.

Here’s a short transcript of Anchor Wendy Mesley’s introduction to her interview with David Frum, staff writer for the Atlantic Magazine:

CBC Anchor Wendy Mesley: “… Bolton is being called the leader of the B Team, a global alliance pushing for an attack on Iran. Here’s how Iran’s Foreign Minister warned of the dangers this week.”

Watch the interview here or below:

Firstly, Netanyahu is Israel’s Prime Minister, not its President. That honour goes to Reuben Rivlin.

More importantly though, is Netanyahu part of a “global alliance pushing for an attack on Iran?” The answer is not as definitive as CBC would have you believe. Maybe he is, and maybe he isn’t. If we are to judge Netanyahu by his words and deeds, many sanguine observes will conclude that his preference is to avoid and not “push” for war. After all, Netanyahu has spent the better part of his career campaigning against the Iranian threat without being entangled in a full-fledged war. Instead, we’ve seen the usual and expected diplomatic war of words, economic warfare via the sanctions regime, fighting

between Iranian proxies and Israeli forces, cyber-warfare (think Stuxnet), assassinations and sabotage from clandestine forces, etc. It seems pretty self evident that war is a preferred option of last resort considering the existential threat that Iran represents. Israel is very mindful of the words of former Iranian President Ali Akbar Hashemi Rafsanjani who once characterized tiny Israel as a “one-bomb country.”

Take, for example, this analysis by Tom Rogan in the Washington Examiner on May 17:

Israeli Prime Minister Benjamin Netanyahu would welcome the Iranian regime’s sudden implosion, but not at the price of an American war with Iran. Israeli security strategy toward Iran rests on Iran’s constant understanding of Israeli deterrent overmatch. Israel ensures that Iran knows any critical threat it poses to Israel will lead to far greater Israeli threat to Iran. Israelis tend only to employ force where they believe doing so is the only option to save lives. Israel recognizes that a violent escalatory struggle with Iran carries outsize risks. In a U.S.-Iran war, the Israelis would face a barrage of Iranian ballistic missile strikes – possibly armed with chemical warheads. Iran’s proxies in Lebanon would do the same, meaning a full-scale rocket onslaught from Hizbullah. It would also mean assassination and bombing campaigns against Israeli government officers and civilians around the world.”

Either way, with regards to speculation of either a unilateral Israeli attack on Iranian nuclear/military sites, or perhaps a “global alliance” attack, the prevailing wisdom is that those who are saying don’t know, and those who know, aren’t saying.

While these may be Zarif’s claims that the U.S. and Israel are seeking a war with Iran, it’s pretty short-sighted for the CBC to simply allow this characterization to exist and to  go unchallenged, leading viewers to conlcude that Netanyahu is a war-monger. It’s not so black-and-white and CBC viewers would likely benefit from some nuance in how this issue is handled and framed.

HonestReporting Canada has filed a complaint with CBC News. Stay tuned to this page for future updates.