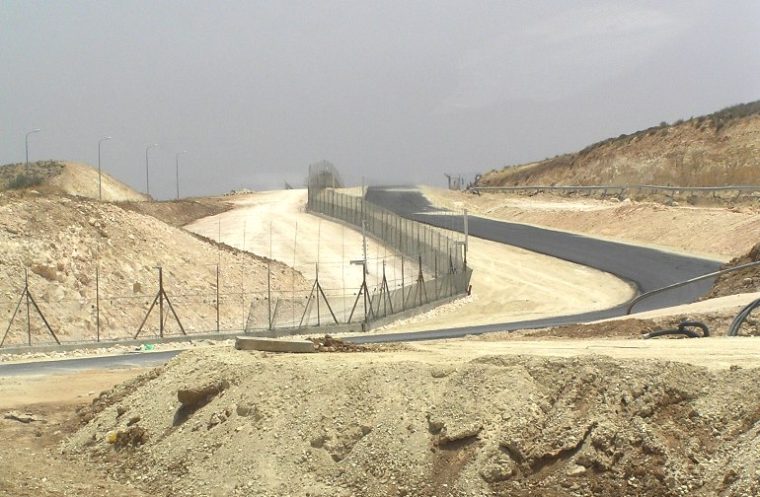 On March 29, CBC Radio’s Q Program aired a report about Banksy’s “Walled Off Hotel,” where CBC myopically described the raison d’être of the Israeli Security Barrier as a “wall Israel built to keep Palestinians out.”

The CBC’s depiction adopted the Palestinian narrative. In truth, the Security Barrier is meant to keep Palestinian terrorists out, not just ordinary Palestinians. It is not a separation wall or a de facto border, it’s a barrier which is 95% fence which is meant to prevent deadly terror attacks. The 5% walled section is in place to stop Palestinian sniper fire.

HonestReporting Canada communicated our concerns to the CBC calling for corrective action to be undertaken. On June 22, the CBC replied to HRC Executive Director Mike Fegelman acknowledging that it was wrong to refer to the barrier as a “wall Israel built to keep Palestinians out”. Here’s a reply sent from CBC Q’s Executive Producer, Jennifer Moroz (emphasis added):

Dear Mr. Fegelman:
I am writing in reply to your email of March 29 and recent enquiry addressed to Jennifer McGuire, General Manager and Editor in Chief of CBC News, regarding a story on CBC Radio’s q that you feel “adopted the Palestinian narrative.”
Since I am the executive producer of q, Ms. McGuire forwarded me your email so that I may reply. I’m sorry it took me so long to do so.
You wrote to point out that in a March 29 story about the street artist Banksy’s “Walled Off Hotel” project, we described the barrier separating Israel and the West Bank as “the wall Israel built to keep Palestinians out”. Rather, you wrote, we should have said the barrier was built to keep “Palestinian terrorists out.”
It’s a controversial issue. I understand that. Although I do not share your view of the description used in the story, I do agree that we may have been more sensitive to the issues involved.  After reading your email, I have reminded our producers of the need for care in our treatment of these matters.
Sincerely,
Jennifer Moroz
Executive Producer
q with Tom Power