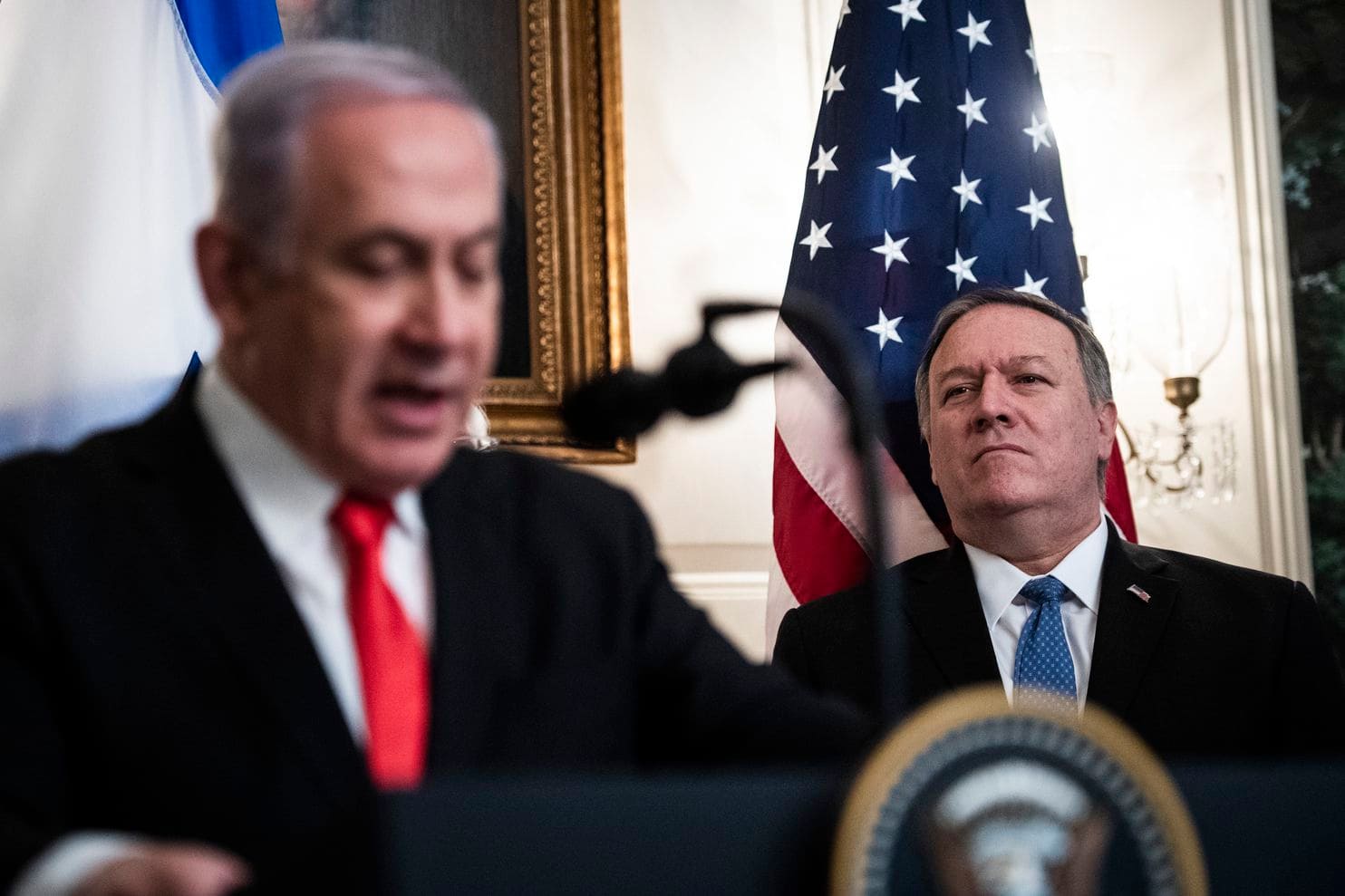 On the June 3 broadcast of the flagship CBC Radio news program The World at Six, the CBC’s anchor wrongly claimed that Secretary of State Mike Pompeo told American Jewish leaders recently that he “admits” that the American Middle East peace plan is “titled in Israel’s favour.”

Listen to the report by clicking here or on the image below:

He (Pompeo) also recognized the popular notion that the agreement will be one-sided in favor of the Israeli government. “I get why people think this is going to be a deal that only the Israelis could love,” he said. “I understand the perception of that. I hope everyone will just give the space to listen and let it settle in a little bit.”

Pompeo clearly said in his recorded remarks that he understands that a “perception” exists that the plan is tilted in Israel’s favour, not that he admits that the plan is titled in Israel’s favour. There’s a marked difference between the two. Furthermore, the Washington Post report does not assert anywhere that Pompeo himself “admitted” that the deal favoured Israel. The article only says that he understands and appreciates that this “perception” exists out there, meaning that he is referring to the viewpoint(s) of other stakeholders and individuals, not necessarily his.

The Washington Post’s article supports this in the following paragraph of its report: “The CEO of the group that hosted the event, Malcolm Hoenlein, said he thought Pompeo’s remarks reflected his awareness of allegations of a pro-Israel bias but not the secretary’s own view of the plan. “He was saying it’s too easy to fall into the trap of these negative assessments,” he said.”

With respect to claims that the plan is “titled in Israel’s favour”, those were statements made by Aaron David Miller, a former negotiator and analyst on Middle East issues for both Republican and Democratic administrations, in his tape-talk with the CBC.

These material errors deserve to be corrected by the CBC on-air. As such, HRC filed a complaint with relevant CBC programmers calling for remedial action. In response, CBC has acknowledged that this report “could have been better written,” but still declined to broadcast an on-air correction claiming that their reporting was “not incorrect.” CBC still argues that “There’s no question that Pompeo admitted on tape that the deal favoured (tilted towards) Israel.”

CBC did, however, acknowledge that their program’s use of the word “tilted” was an unfortunate choice of words to characterize Pompeo’s remarks, since it was Mr. Miller who himself used that word.

While it’s a positive that CBC acknowledged some shortcomings of its own reporting and that senior executives brought our concerns to the attention of senior producers, the CBC’s reluctance to broadcast a public on-air correction is not consistent with its proclaimed commitment to journalistic accountability and producing fair and accurate news. As a result of the CBC’s erroneous reporting, CBC viewers were mislead into believing that Secretary of State Mike Pompeo “admitted” that the U.S. Mideast peace plan is “tilted in Israel’s favour”.