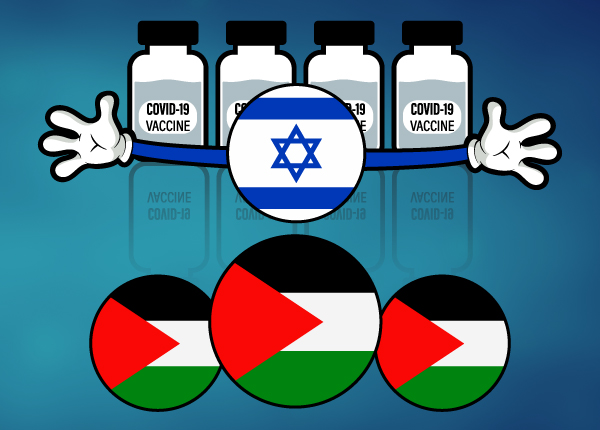 On January 5, we took the CBC to task for adopting the canard that Israel denied Palestinians the COVID-19 vaccine. This antisemitic trope and dog whistle lacked credibility and shouldn’t be appropriated by our public broadcaster.

As we noted at the time:

1. Israel isn’t required to provide vaccines to Palestinians who, according to the Oslo Accords, the PA provides healthcare to its own citizens.

2. That said, Israel has provided some vaccines, though the Palestinian Authority reiterated it’s sourcing 4 million vaccines independently from Russia.

4. The Palestinian Authority should stop paying millions of dollars of terrorist salaries through the “pay for slay” program, along with clamping down on rampant corruption which enriches Palestinian leaders and work to supply vaccines faster to its people.

HonestReporting Canada, and our subscribers, complained directly to the CBC and despite our conveying our concerns about our public broadcaster’s spreading this outrageous falsehood, on January 10, CBC Radio’s The World This Weekend, broadcast a lengthy segment (listen below) about how the anti-Israel NGO, Amnesty International, had parroted this accusation against Israel, accusing the Jewish state of denying Palestinians the COVID vaccine.

The CBC’s anchor interviewed Saleh Hegazi, Amnesty International’s Middle East Deputy Director, who claimed Israel is an “occupying power” of Gaza and the west bank and that Israel is engaging in “institutionalized discrimination on Palestinians.”

Importantly, no rebuttal was featured by a pro-Israel source, nor was any of the aforementioned referenced. This report stood in violation of the CBC’s Journalistic Standards and Practices as it was unfair and lacked balance.

Accordingly, HonestReporting Canada again liaised with CBC News calling for the World This Weekend program to produce an on-air segment which properly explains this situation and which serves to refute Amnesty International’s unfounded allegations. As of this writing, we await the CBC’s formal response to our concerns.

In the interim, we encourage you to read the following article that was published in the Spectator newspaper entitled: “What Amnesty International gets wrong about Israel’s vaccine programme” by Jake Wallis-Simmons:

Israel’s remarkable vaccine rollout has been deservedly praised. But not everyone is full of goodwill. Depressingly and inevitably, commentators and human rights groups have queued up to find a reason to condemn the Jewish state.

Israel, which is leading the world in the speed of the rollout, has been accused of ‘excluding’ the Palestinians from getting the jab and giving it to ‘settlers’ instead. ‘Denying Covid-19 vaccines to Palestinians exposes Israel’s institutionalised discrimination,’ Amnesty International has claimed. 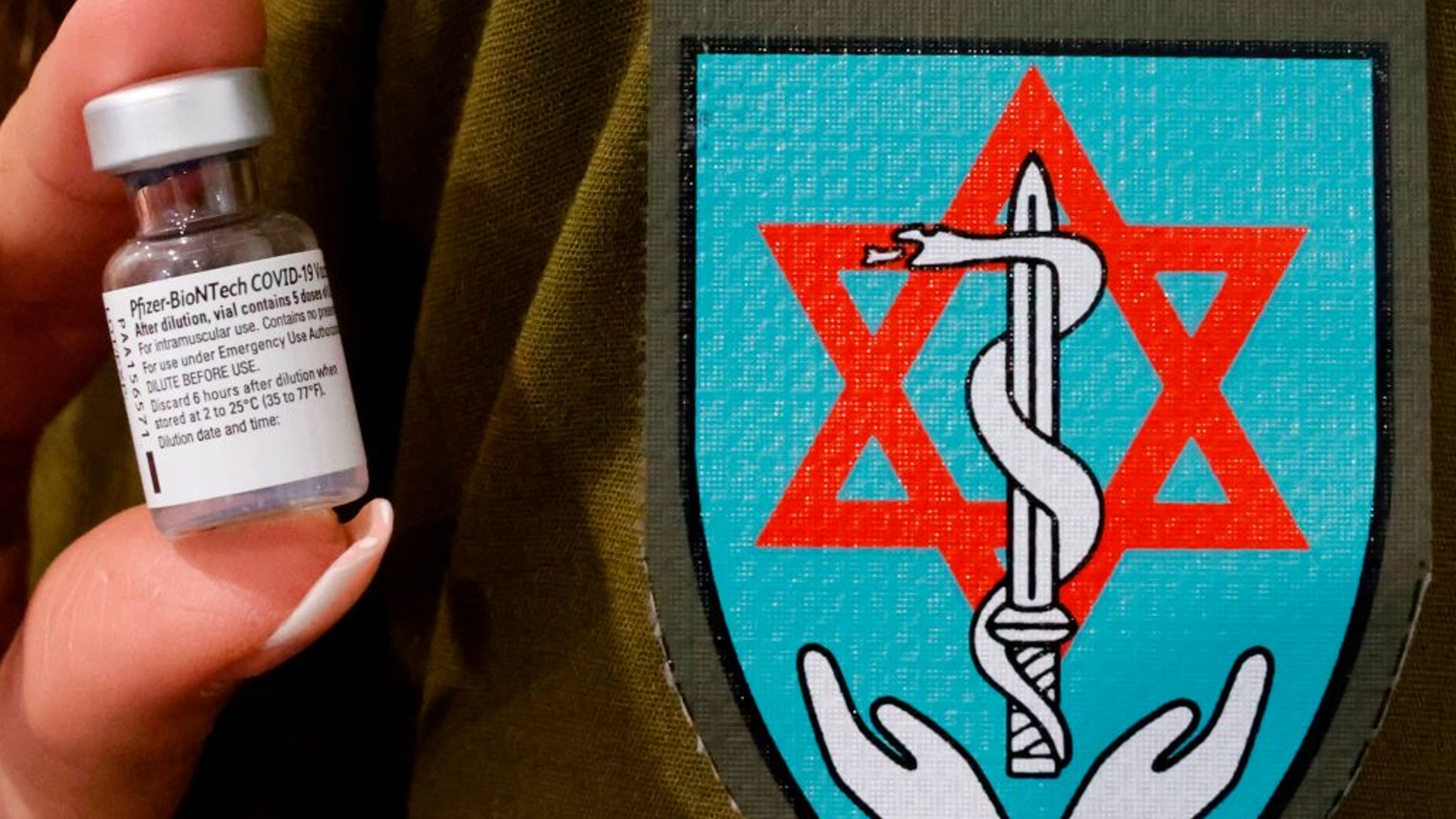 To people familiar with stories about bogeyman Israel, this is an easy narrative to get behind. But it fails to account for a simple fact: the Palestinian leaders themselves haven’t complained.

Let’s start with the facts. Under the Oslo Accords, the Palestinian Authority is responsible for its own health services. This is part of its long-held intention to function as an independent state – a status that has been formally recognised by 139 countries. If Israel were responsible for the hospitals, clinics and general civil administration on the West Bank, that truly would be full-fat colonisation. For this reason, the Palestinians find it deeply embarrassing to ask Israel for vaccine assistance, even viewing it as collaboration with the enemy.

In December, PA officials insisted that they were going to procure the lifesaving drugs themselves, in cooperation with the World Health Organisation. Initially, Ramallah set its sights on Russia’s slightly suspect Sputnik V vaccine. Then it revised its plans, instead joining the United Nations’ COVAX programme.

Israel, meanwhile, had been moving quickly. It aggressively pursued deals with Moderna and Pfizer, reportedly paying over the odds to ensure that it would receive early doses of the drugs. Logistics planners made key innovations to ensure the rapid rollout of the programme. When the first batches arrived on pallets in Tel Aviv on 9 December, they were repackaged into pizza-box sized containers holding 100 doses each. This allowed them to be distributed with greater speed and agility to more than 400 clinics across the country.

All of this was underpinned by a can-do spirit in a country all too familiar with emergencies. When one clinic had leftover doses at the end of the day, nurses went out into the street and offered jabs to passers-by, including a pizza delivery man.

Efforts were made to persuade Israel’s skeptical Arab minority to sign up for the inoculation. Prime minister Benjamin Netanyahu posed beside the millionth recipient, a 66-year-old Arab Israeli called Abd al-Wahhab Jabarin. Jabs were also offered to Arab residents of East Jerusalem, classed by some Western liberals as Palestinian.

Meanwhile, the Ramallah administration was lagging behind. Having squandered sackfuls of public money over the years on everything from mansions for its leaders to payments for terrorists, while propped up by billions of aid dollars, its finances were not in good shape. And it suffered from a fundamental lack of coordination between different arms of the government.

Corruption, factionalism, a lack of proper elections – Mahmoud Abbas is currently 16 years into a four-year term – and incompetence had resulted in a government that often struggled to meet the basic needs of its citizens.

Speaking off-the-record as Israel moved towards vaccinating a million-and-a-half people, a senior PA official said earlier this week that given the sluggish progress, he would not rule out asking the Jewish state for help. When asked whether he had done so already, he paused before muttering: ‘yes and no’. 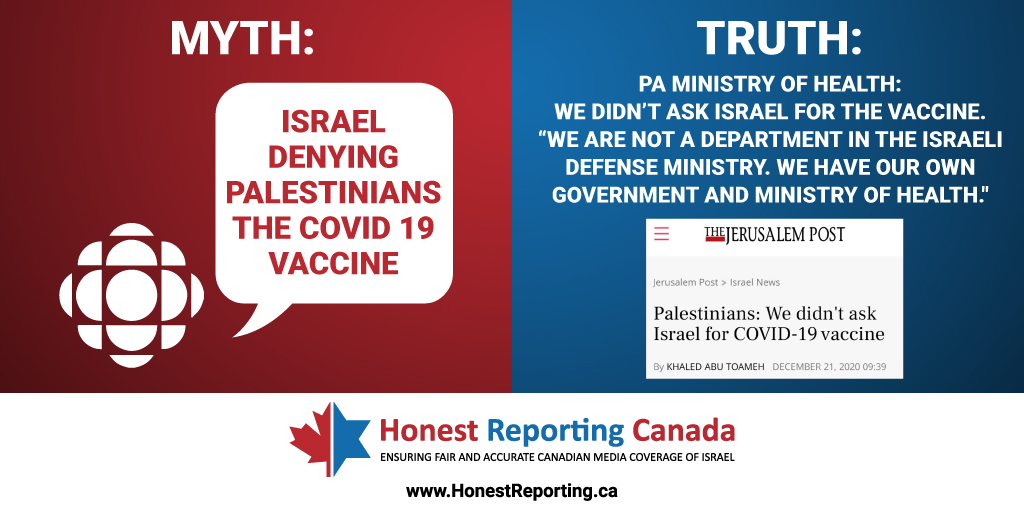 In truth, Palestinian liaison officials had already quietly contacted Israel’s Coordination of Government Activities in the Territories (COGAT) department to request the vaccine. The Israelis had agreed to help. Assisting the Palestinians made sense, since it was vital to maintain a degree of goodwill in coordination between the two sides on the West Bank.

According to Israel’s state broadcaster, ‘dozens’ of doses were then secretly delivered into Palestinian hands, enough for the most prominent members of the leadership – though exactly who received the jabs remains unknown. The operation was shrouded in secrecy. Partly, this was due to Palestinian shame at going cap-in-hand to Israel. Partly, it was to avoid appearing nepotistic and incompetent to ordinary Palestinians who were waiting with mounting frustration for news about the vaccine.

The Palestinian Ministry of Health had no idea about the secret delivery. In a statement, it denied that the episode had taken place. Then, in a sign of the confusion at the heart of government in Ramallah, it conceded that Israel had made an ‘informal’ offer of 20 doses on a trial basis – though it claimed that the Palestinians had turned the proposal down.

Seen in this light, the picture bears little resemblance to the narrative pushed by the likes of Amnesty International. The Palestinians neither expected nor requested help from Israel. They held no sense of grievance, even as hand-wringing commentators from overseas sought to stir up resentment by reporting that a great injustice had been done.

Palestinians appear to be seen by some as an infantilised people in need of Western intervention. But this is certainly not how they see themselves.