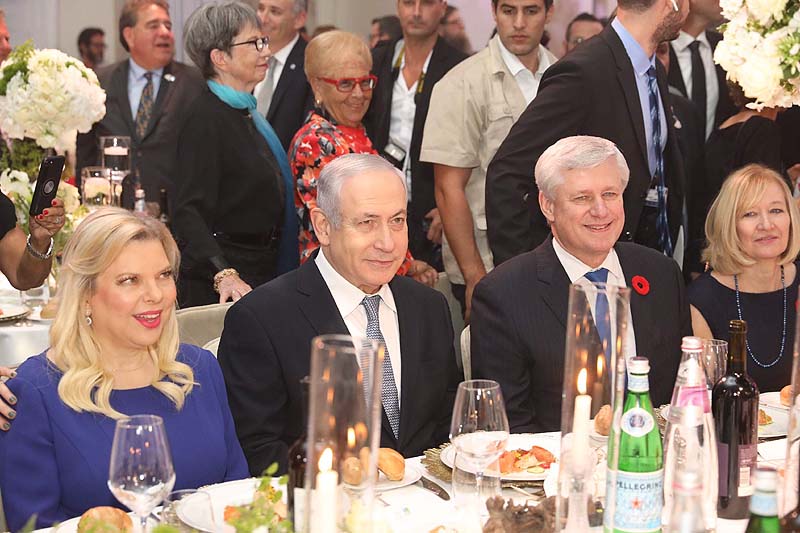 Earlier this morning, CBC Radio commendably aired a report on a gala dinner (“almost a state banquet” as the CBC described it) in Israel yesterday evening that lauded former Canadian prime minister Stephen Harper for his stalwart support for Israel.

CBC broadcast a report by freelance reporter Irris Makler which explained that a bird sanctuary in the Hula Valley is getting a new visitors center named after Harper, an effort of the Jewish National Fund of Canada (JNF).

To listen to this report please click here or below:

As Prime Minister, CBC noted that Harper strengthened trade and military ties between Canada and Israel, that he personally visited Jerusalem and gave a speech in the Knesset.

“I think it is fitting that it is named after Stephen Harper, because Israel has had no better friend than Stephen Harper. He stood by us in the UN, in international forums everywhere…”

Give credit where credit is due for CBC’s covering this event in a fair and accurate manner, without an anti-Israel spin.