On May 3, HonestReporting Canada filed a complaint with CBC Editor-in-Chief Jennifer McGuire bringing our concerns to the CBC’s attention regarding a biased radio report it aired about the treatment and conditions of Palestinian prisoners in Israeli jails.

On April 30 at 8:13pm, CBC Radio aired a report by Irris Makler on a hunger strike which has been carried out by hundreds of Palestinian prisoners in Israeli jails, along with other Palestinians elsewhere in solidarity with the prisoners, and British students abroad.

You can listen to this report at the following link or by clicking on the image below:

Ms. Makler’s report noted that Israel’s Ofer prison has been a focus of the protests. Makler stated the following: “The hunger strikers are demanding better medical treatment, more family visits, and crucially, an end to Israel’s controversial policy of detention without trial.” 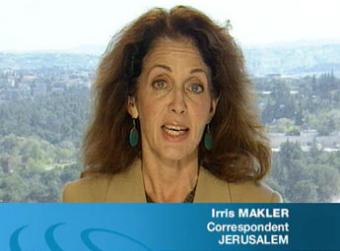 Importantly, Ms. Makler’s close to 3-minute report did not feature a quote from an Israeli representative or context otherwise, who could have mentioned that Israel claims that “The conditions and regulations in Israel’s prison system are determined according to Israeli law and international standards, not by pressure tactics.” Those are the words stated by Gilad Erdan, Israel’s minister of public security and strategic affairs, in a New York Times commentary on May 1.

While a source is interviewed in Ms. Mackler’s report claiming that there exists “Palestinian political prisoners,” Israel does not detain any Palestinians solely for their political views. Instead, as Mr. Erdan put it: “As a result of its counterterrorism operations, Israel now holds 6,177 terrorism-related prisoners. Many of these prisoners were involved in the wave of violence initiated in September 2000 under Yasir Arafat, the Palestinian leader at the time, following his rejection of an American-Israeli peace offer. The terrorist campaign that began then has so far led to the murder of some 1,300 Israelis — mothers and fathers, sons and daughters, children of every faith and background.”

HonestReporting Canada contends that this CBC Radio report was deficient on two grounds:

As such, we’ve called on CBC to remedy the situation and await our public broadcaster’s reply to our concerns.