What the media missed in its coverage of...
Combating Antisemitism In The Media: HRC Interviewed By...
Sheridan College Professor Engages in Hate By Dehumanizing...
Unmasking Iran’s Global Ambitions with Guest Meir Javedanfar...
Shemittah: One Of Many Arrows In The Quiver...
The Inside Story On Israel’s Losing Battle With...
The Media’s Double Standards in Covering Palestinian Casualties...
Canadian Journalists Who Criticized Israel Fail To Speak...
Reflections of a Kuwaiti Muslim Who Became a...
After Featuring Exhibit Glorifying Palestinian Terrorism, Canadian War...
Home Media Action Alerts2019 CBC Radio Airs One-Sided Report About UN Investigation of Gaza Border Riots 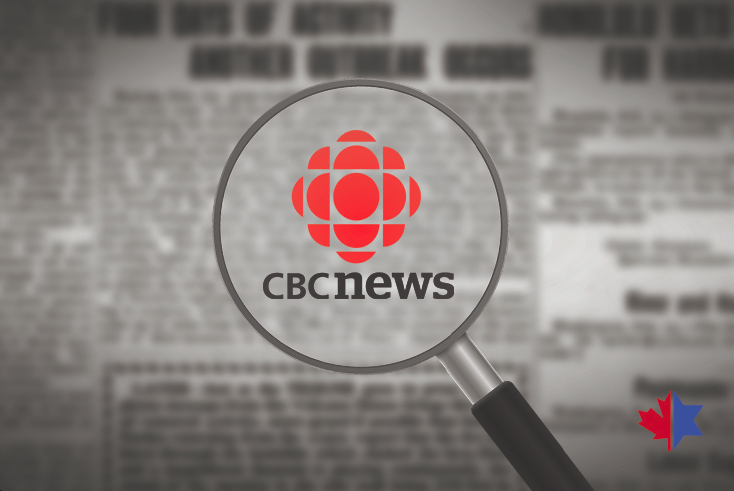 On the morning of February 28, CBC Radio aired a grossly one-sided anti-Israel report about UN investigations of riots at the Gaza-Israel border.

The report stated the following:

The United Nations commission looking at last year’s demonstrations in Gaza, says Israeli troops had no reason to open fire. More than 6000 Palestinian protestors were injured, shot by military snipers. 183 people were killed. The protests were against Israel’s blockade of the Gaza Strip. They began last March and went on for months. The U.N. commission says Israeli soldiers killed journalists, paramedics and children. It also says Israeli soldiers may have committed war crimes.” (CBC Anchor)

You can listen to the report at the following link or by clicking immediately below:

This report was unfair, unbalanced and was certainly one-sided. What this report altogether failed to note and to contextualize is the following as stated in this Associated Press report featured on the Toronto Star’s website:

Israeli Prime Minister Benjamin Netanyahu blasted the council for “setting new records for hypocrisy and mendacity, out of an obsessive hatred of Israel.”

The commission also faulted Hamas, which runs Gaza, for not preventing use of incendiary kites — low-tech weapons with flaming tails designed to ignite fires — during the protests.

Israel imposed the blockade after Hamas, a militant group sworn to its destruction, seized control of Gaza in 2007. Israel and Hamas have fought three wars since then.

Israel says its army is defending the country’s border against violent infiltration attempts and accuses Hamas of using the large crowds as cover to carry out attacks. Protesters have hurled flaming tires, grenades and firebombs at soldiers and attempted to cut through the fence with wire cutters. One soldier was killed by a Palestinian sniper last July.

Netanyahu, in a statement, stressed Israel’s right to self-defence and blamed the Gaza border violence on Hamas, which he accused of firing missiles at Israeli citizens and throwing explosive devices at soldiers.”

Israel will not allow Hamas to attack Israel’s sovereignty and its people, and will maintain the right of self-defence,” he said.

The CBC report did not acknowledge Israel’s perspective which is as follows:

This report was terribly biased and one-sided. To remedy the situation, HonestReporting Canada filed a complaint with CBC News asking that it immediately broadcast a report which acknowledges Israel’s rebuttal of this UN-backed investigation.

We await the CBC’s reply. Stay tuned to this page for future updates.