It’s said that the most egregious form of media bias, is a bias of omission. When media outlets ignore important news stories and which thereby deprives readers, listeners and viewers of learning about noteworthy developments on a myriad of issues.

The most recent Palestinian terror attacks that killed four Israelis last week — two Israeli men stabbed to death in Jerusalem’s Old City and a Jewish couple gunned down in a drive-by shooting ambush in the “west bank” — in full view of their four now orphaned children, received considerable coverage in the Canadian and international media.

With one glaring exception.

Though CBC News’ Radio and TV programs featured reports about the terror attacks, CBCNews.ca had altogether failed to provide coverage of these attacks.

As such, HonestReporting Canada appealed to several CBC executives and editors in the early afternoon on Sunday October 4 asking the CBC to immediately produce news coverage of these terror attacks, failing which would constitute a serious bias by omission.

We are pleased to report that subsequent to our efforts, the following three CBC News.ca articles (see here, here, and here) were published in subsequent days which chronicles these attacks and recent developments.

You can click on each image below to read these articles. 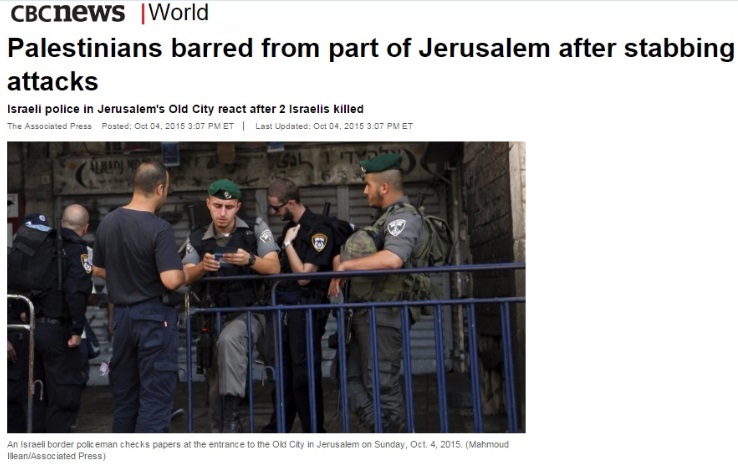 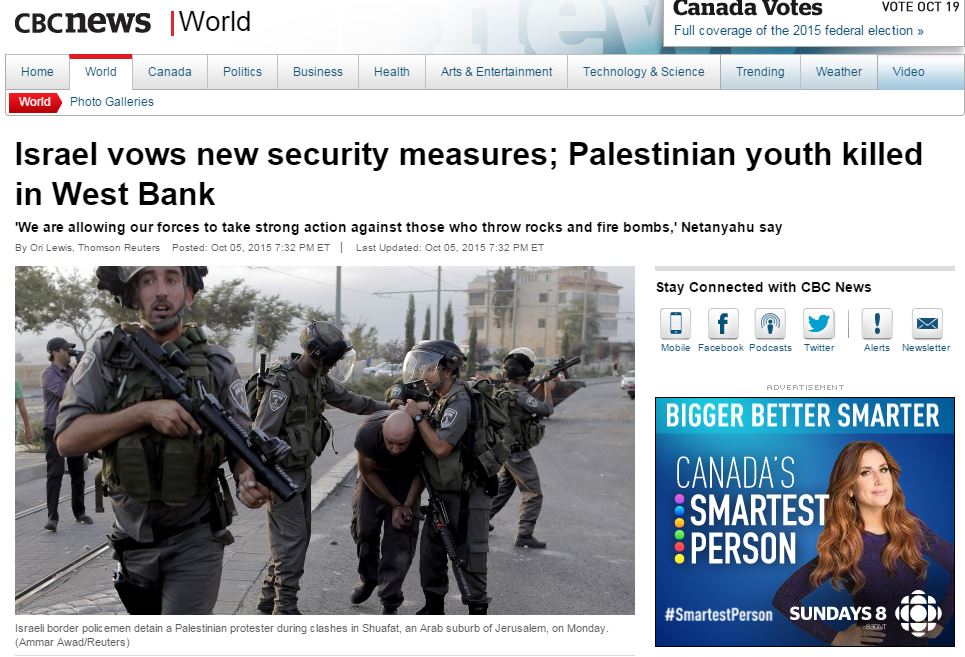 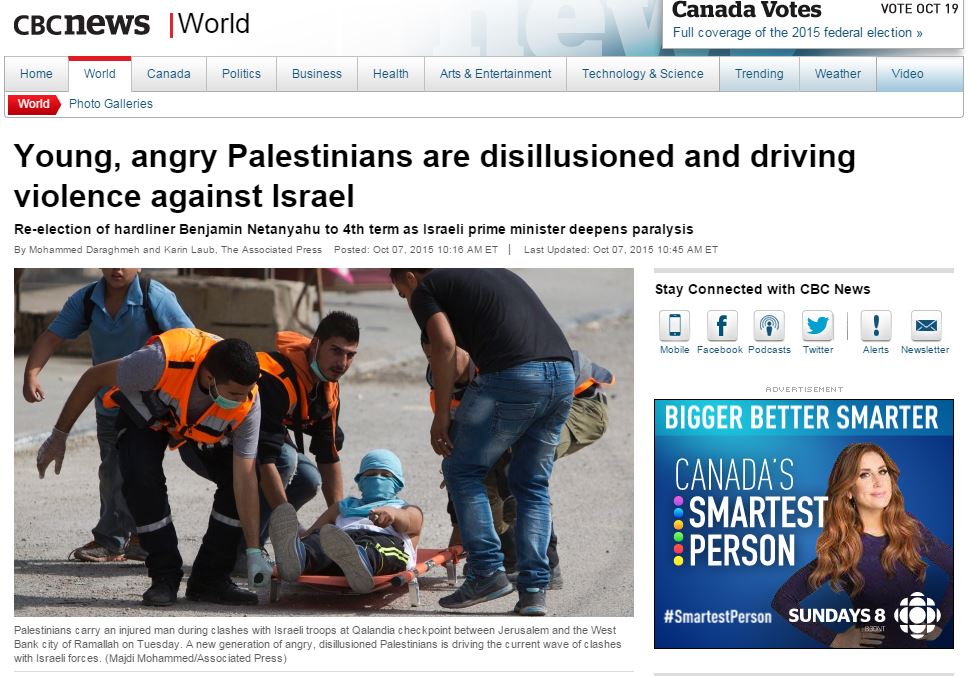