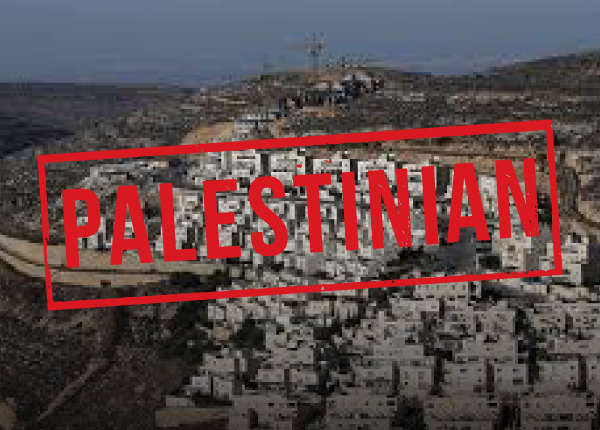 In the eyes of the CBC, the status of the “West Bank” is and always was, Palestinian, despite the fact that Palestinian-Arabs have never been sovereigns over the land and in the face of the Jewish people’s legal, ancestral and religious claims to what it regards as Judea and Samaria.

Case in point, on August 13, the CBC’s coverage of the peace deal between the UAE and Israel saw reporter Paul Hunter say the following on The National:

A key part of the agreement, Israel will suspend plans to annex chunks of Palestinian territory in the west bank, in return, Israel gets that long wanted recognition from another Arab country.”

As well, in an interview earlier in the day with Peter Rough, a senior fellow at the Hudson Institute in Washington, D.C., CBC Anchor Dianne Buckner erroneously said the following:

They are also talking that this deal could delay the annexation of Palestinian lands in the west bank, is that going to happen.”

Ms. Buckner also incorrectly referred to the mythical state of “Palestine,” whereas CBC policy states that CBC journalists should refer to the Palestinian territories only.

To the issue at hand, the “west bank” is disputed land, though it’s regarded by the international community as “occupied,” though Israel disputes this. Importantly, the U.S. is now of the position that it no longer considers Israel’s presence in the area as “illegal”. In actuality, Israel has claims to these lands, hence its efforts to apply sovereignty to the region and possibly to the Jordan Valley too, though this plan is now temporarily suspended due to the peace deal with the UAE.

To claim that the land is sovereign Palestinian land is false, and it never has been legally held by any Palestinian entity and leadership. The land may be claimed by Palestinians for a future state, but to claim these lands are inherently Palestinian ultimately denies Israel’s claim to these disputed lands.

CBC should not take a side on this issue that is in fundamental dispute. HonestReporting Canada has communicated our concerns directly to senior executives at CBC News. Stay tuned to this page for any future updates.