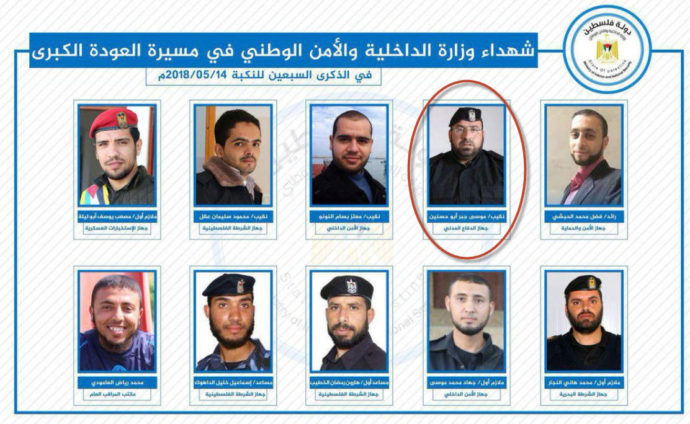 Hamas produced an infographic which acknowledges that Abuhassanin is one of their members.

On May 18, HRC published an exclusive report which exposed how several Canadian media outlets, CBC most prominently, had wrongly identified a dead Palestinian as a “medic,” whereas in fact, he wast a member of the Hamas terrorist organization.

The dead terrorist was named Musa Abuhassanin and he was reportedly shot and killed (allegedly by Israeli snipers) after having helped Canadian Doctor Tarek Loubani, a well known anti-Israel activist.

Hamas itself identified Abuhassanin as being a “Captain” of Hamas’ “Civil Defense Service” which belongs to the Hamas Ministry of Interior which is responsible for all “security” services.

In its coverage on CBC National, As It Happens and Online, Abuhassanin was described only as a “medical volunteer,” “medic,” and a “paramedic”. At the time, HRC called on Canadian media outlets to properly identify Abuhassanin as a member of the outlawed terror group Hamas. 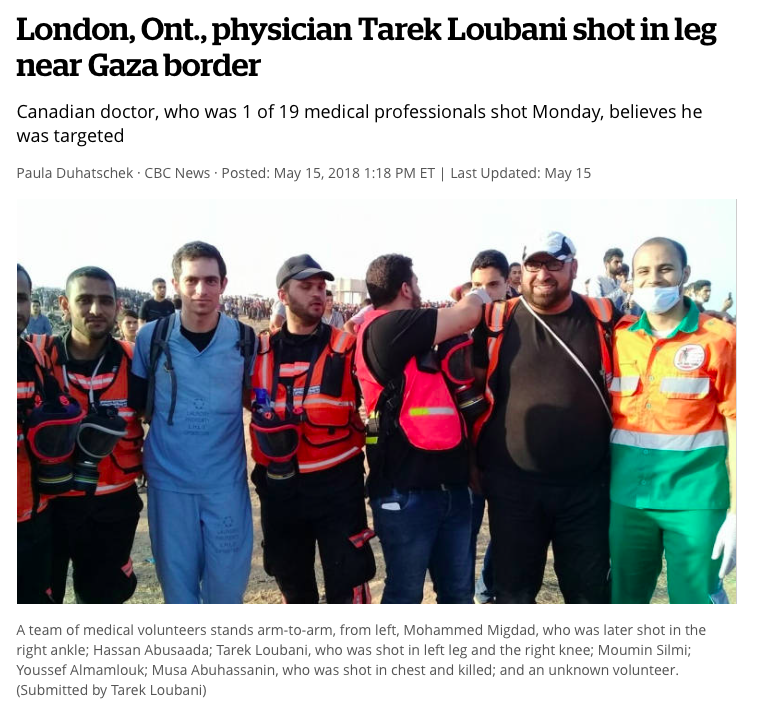 On August 27, CBC’s Ombudsman published a review which concluded that it was not necessary for CBC to identify Abuhassanin as a Hamas member. The full review can be found appended below or online here.

CBC Ombudsman Esther Enkin claimed that Abuhassanin “was working as a paramedic” that day, even though there’s no way to substantiate this claim. Who is to say he didn’t take part in terrorist activities as part of his Hamas duties?

Enkin’s review claims that Abuhassanin “ministered” to the wounds of Tarek Loubani, but again, this is a claim of Loubani’s and the veracity of this information has not been confirmed.

Ombudsman Enkin identifies Abuhassanin only as a “medic” even though this is a matter of dispute.

Bizarrely, Ombudsman Enkin concludes by saying: “The fact that the medic, Abuhassanin, was a member of Hamas was not essential to the understanding of the story in this context. At the time of the publication of this story, CBC News staff were not aware of that affiliation. Reviewing the sequence of events, there was a photo on Facebook which showed Mr. Abuhassanin draped in a Hamas flag, but it was not picked up by news staff who were writing and editing the story about Dr. Loubani. The poster, or infographic as you call it, was circulating on social media around the same time the CBC story was published. Coverage of ongoing stories is iterative and the lack of this detail is not a violation of policy.”

Ms. Enkin’s attempting to rationalize how the CBC, she claims, did not have to identify Abuhassanin as a Hamas member, is highly objectionable and is an affront to basic journalistic standards which calls for the full, fair and accurate dissemination of the news.

This incident, and many others which we’ve previously exposed, confronted and chronicled, reveal the CBC’s bias against Israel. 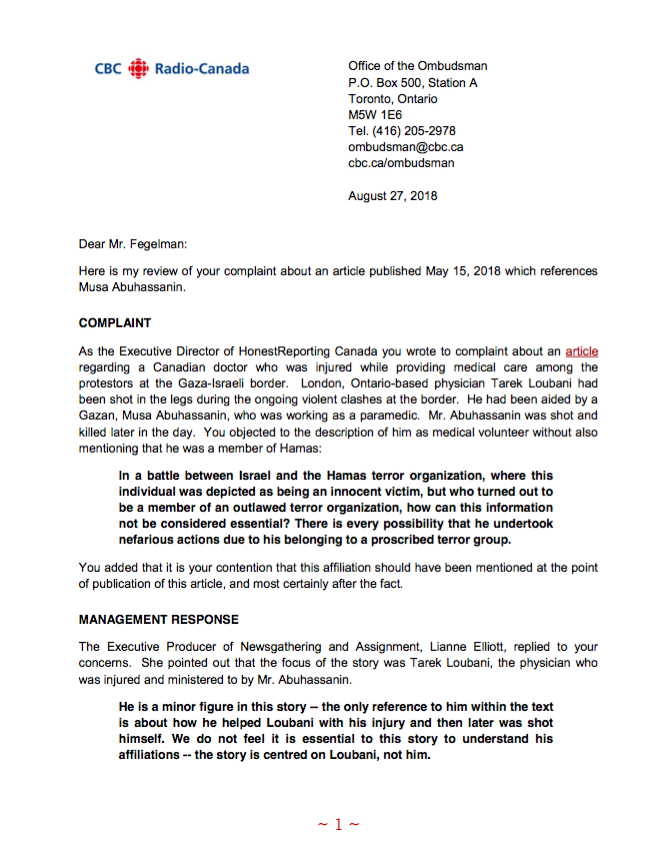 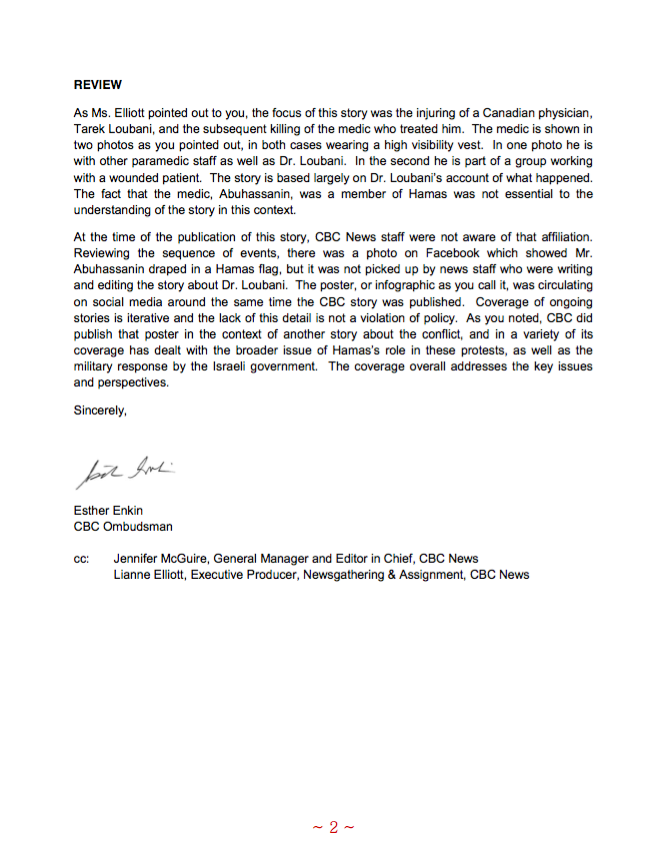