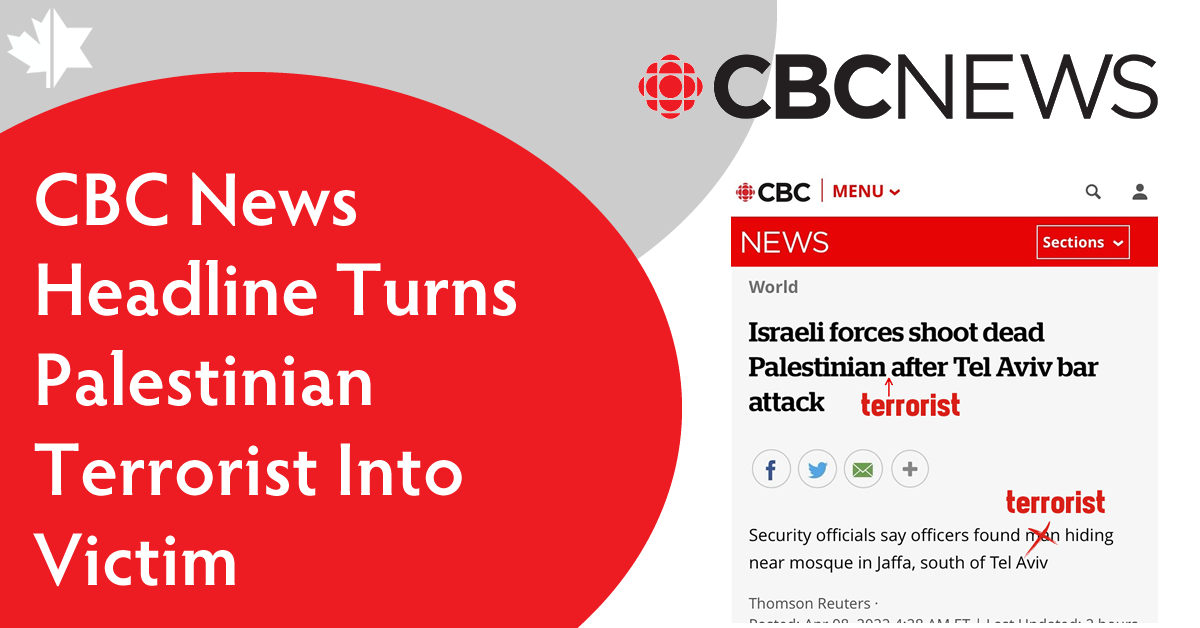 Subsequent to complaints sent to the CBC by HonestReporting Canada and our subscribers, we take note that CBC has amended its headline which now acknowledges that Israeli forces killed a “suspected attacker”.

While the CBC chose to not identify the Palestinian terrorist as a terrorist, which is deeply regretful in its own right, at the very least this headline no longer misleads readers into thinking that Israeli forces killed a presumably innocent Palestinian civilian. 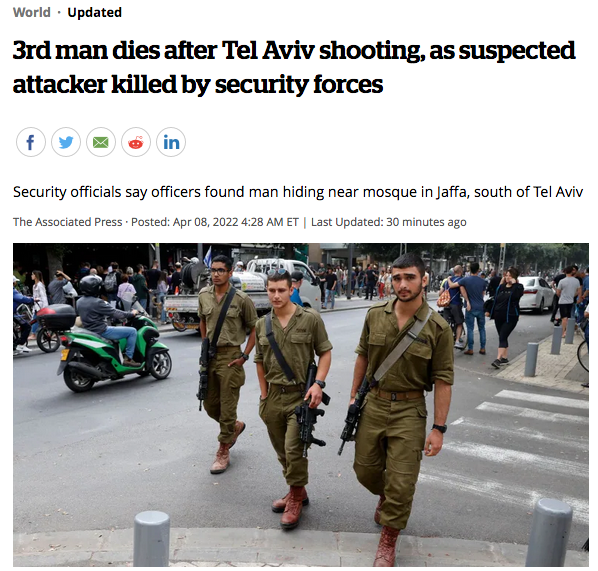 In one fell swoop, CBC managed to turn a Palestinian terrorist into a victim of alleged aggressive Israeli actions, with readers who only saw these headlines concluding that a presumably innocent Palestinian was killed.

This was the fourth attack in recent weeks, which saw 3 Israelis murdered after a terrorist opened fire at a bar on Dizengoff Street in Tel Aviv.

This is not the first time that CBC News has published misleading headlines after senseless terrorist attacks in Israel. As you can see from here,  here, and here, CBC News has repeatedly ignored and refused to call terror by its rightful name. (screenshots below) 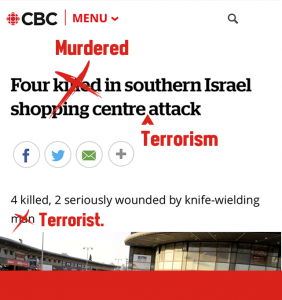 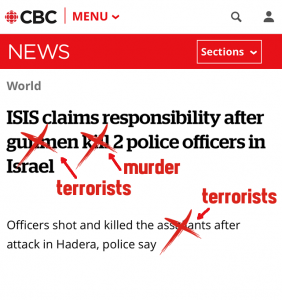 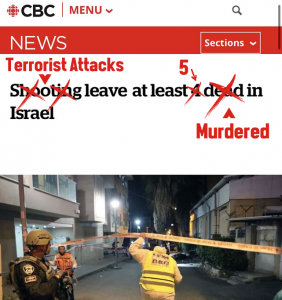 CBC News is not the only publication guilty of this journalistic transgression. As you can see below, after the latest terrorist attack in Tel Aviv, many other Canadian publications came out with similar headlines. (screenshot below) 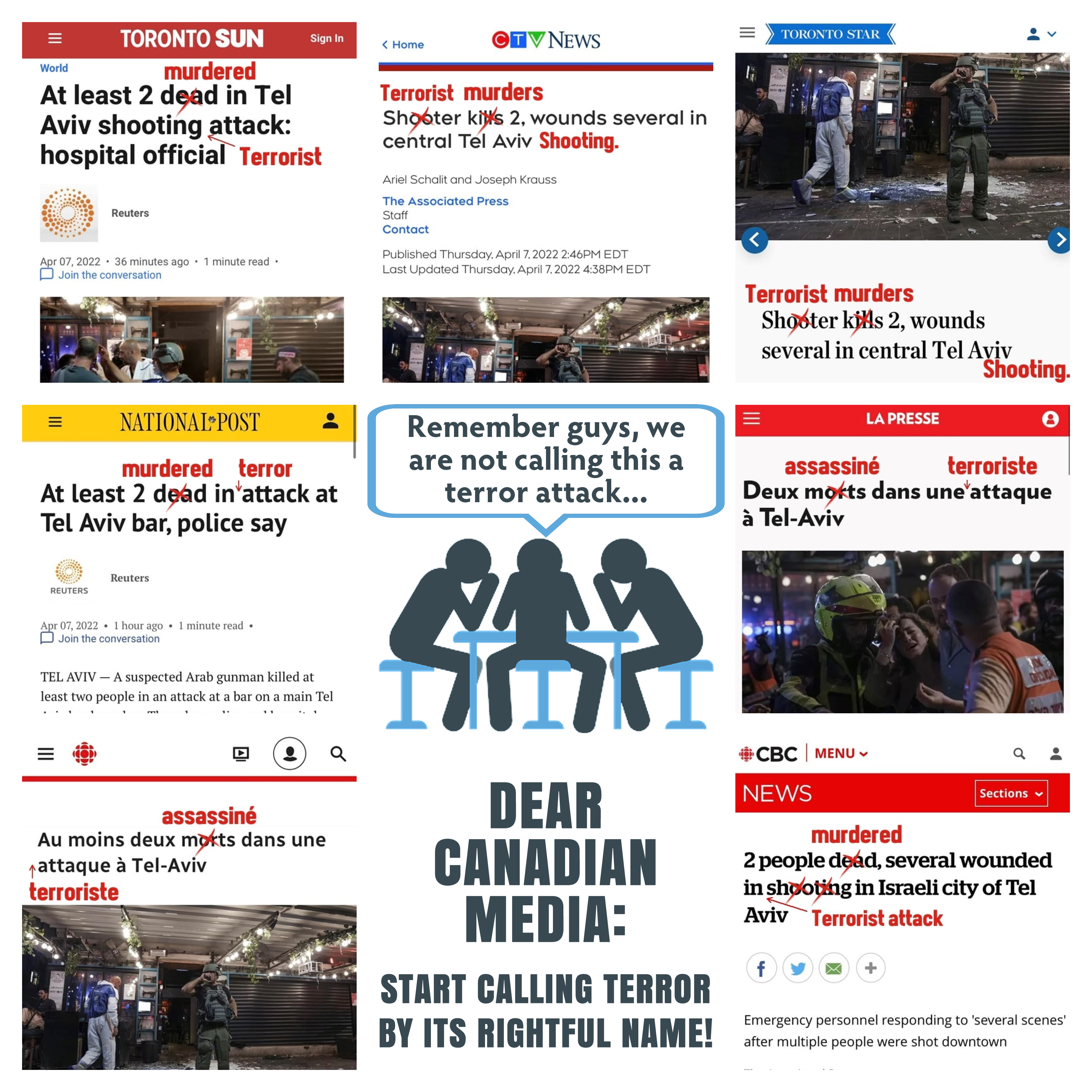 14 innocent lives have been lost over recent weeks in Israel at the hands of terrorists. We believe that it’s imperative that terrorism be properly labeled by Canadian media outlets. It’s time for journalists in Canada to take accountability for their headlines.

HonestReporting Canada has filed a complaint with CBC News calling on our public broadcaster to acknowledge in its news headline that the Palestinian was a terrorist and we encourage you to do the same. Please send complaints to CBC Editor-in-Chief Brodie Fenlon at: brodie.fenlon@cbc.ca and please tweet @CBCNews and Mr. Fenlon at @BrodieFenlon. Please refer to the April 8 article: “Israeli forces shoot dead Palestinian after Tel Aviv bar attack”.