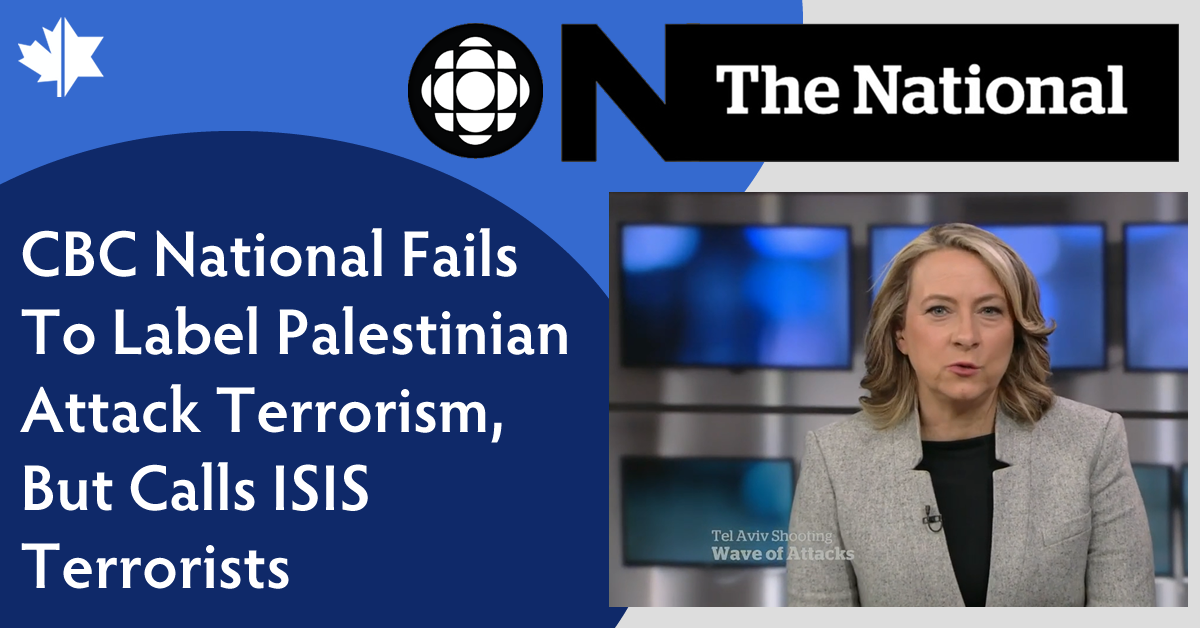 On April 7th, CBC The National aired a segment by co-host Adrienne Arsenault who reported on the latest terrorist attack in Tel Aviv, which saw 3 Israelis murdered, and several more wounded.

In the report, Arsenault (former CBC Middle East Bureau Chief) failed to call the Palestinian terrorist-attacker a terrorist. In what smacks as a complete double standard, Arsenault concluded her report by calling ISIS terrorists.

Here is the full transcript:


“An attacker targeted crowds in a restaurant district in Tel Aviv, shooting at least two people dead and wounding several others. Israeli police and first responders rushed into the chaos, but the suspect had already fled. This is the fourth in a string of deadly attacks that began late last month, have now claimed at least 13 lives; among the suspects in those previous attacks, Palestinians, reportedly inspired by the ISIS terror group.”


It is incumbent upon CBC The National, Canada’s public broadcaster, as well as Adrienne Arseneault, a respected journalist, to label terrorists in their stories properly and consistently.

HonestReporting Canada has communicated these concerns directly to CBC News calling for immediate corrective action. We encourage you to also send a complaint to CBC Editor-in-Chief Brodie Fenlon at: brodie.fenlon@cbc.ca and please tweet The National and Mr. Fenlon directly @CBCTheNational & @BrodieFenlon.