HonestReporting Canada has brought our concerns to the CBC’s attention regarding CBC National’s July 21 airing of a video created by the International Solidarity Movement that it claims shows an Israeli sniper killing an innocent Palestinian man in Gaza.

The video appeared in a Paul Hunter report and it can be seen here. Here’s a short transcript of this report:

CBC Reporter Paul Hunter: “This video is said to be from where they fled and underlines the degree of violence. Shot yesterday it’s said to be aid workers during a brief lull in fighting walking with a man looking for his family. The neighbourhood is in ruin and the streets are empty save the man and the aid workers in yellow, everyone else it seems has fled. This is the house, he says, but within seconds, a sniper’s bullet. The aid workers beg the shooter to stop, but more shots follow. Say the aid workers, he died. They fled for their own safety.”

While CBC prefaced this report with a “warning of graphic images” it did not acknowledge that CBC is unable to verify the authenticity of this video, nor did it verbally tell CBC viewers that the creators of the video are hardcore anti-Israel activists and that the veracity of anything it produces must be questioned. All CBC noted in a super was that this was an “Int’l Solidary Movement Video”. Even Al-Jazeera noted that it can’t confirm the video’s credibility.

Is this video authentic? The jury is still out, but it’s interesting to note that no blood is visible on the individual. Importantly, what is the dead man’s name? Can his body be found in a local morgue? Has (or will) he be buried, with or without an autopsy? Were Israeli soldiers even in the area when this alleged incident occurred? Were Hamas snipers around? What time did this alleged incident occur? Who were the witnesses to the alleged killing? If dead, did he die instantly or while en route to the hospital? Were any bullets or bullet fragments secured for evidence to confirm if IDF bullets killed him?

We find it interesting that at 2:23 in the ISM video, the man in the green shirt appears immediately to the left of the person with the camera and then two seconds later, the camera goes black and purple (a possible edit) and then the man in the green shirt is what looks like at least 5 feet away from the cameraman. We also find it interesting that the 3 individuals (aid workers?) in yellow jackets aren’t running to flee for their lives after the alleged sniper attack whereas most people would be terrified. Instead, they just look from overhead. This has the hallmarks of a Pallywood production.

And here is what happens at 2:24, a blank splice – perhaps an edit by a novice propogandist? 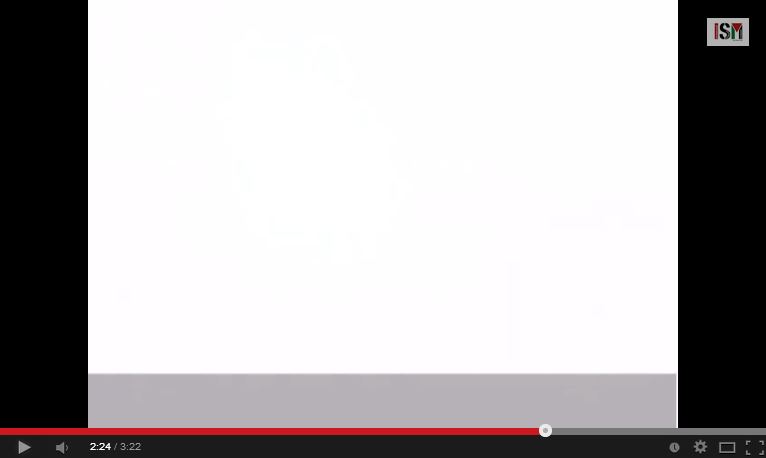 Indeed, lots of unanswered questions and as a result, HRC seriously questions the CBC’s news judgement in airing this video whose credibility hasn’t been determined.  As such, we asked that the CBC carry out an immediate investigation to deal with this issue forthrightly.

We are hopeful that the CBC will promptly and professionally address this matter. We will keep you updated.