What follows is a formal reply CBC National sent to HRC Board Member Robert Sarner (his reply below too) which saw our public broadcaster’s flagship program acknowledge its error in suggesting that Tel Aviv is Israel’s capital city in a January 23 report (watch by clicking here or see appended below) by Nahlah Ayed on the death of Saudi Arabia’s King Abdullah.

Though CBC should be commended for acknowledging its mistake, regretfully and despite a request for an on-air corrective to be issued, the CBC has opted to privately acknowledge its 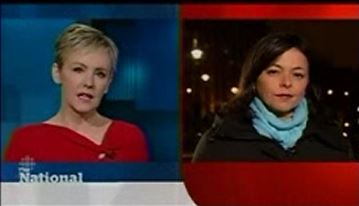 error and not publicly atone for its mistake.

Thank you for your e-mail of 24 January addressed to Esther Enkin, CBC Ombudsman, drawing our attention to inaccurate information in a report on the death of Saudi Arabia’s King Abdullah on the 23 January editions of The National. The reported suggested – incorrectly — that Tel Aviv is the capital of Israel, you wrote.

Since The National is my responsibility, Jennifer McGuire, General Manager and Editor in Chief of CBC News asked me to reply.

You’re right. In acknowledging that the Saudi king was considered a friend of the West, the report said that “world leaders from Tel Aviv to Washington” were paying tribute to the Saudi king. Of course, as you pointed out, Tel Aviv is not the capital of Israel and the report should not have suggested the vibrant Israeli city stands for the country. We regret the error.

It is also my responsibility to tell you that if you are not satisfied with my response, you may wish to ask Esther Enkin, CBC Ombudsman, to review the matter. The Office of the Ombudsman, an independent and impartial body reporting directly to the President, is responsible for evaluating program compliance with the CBC’s journalistic policies. The Ombudsman may be reached by mail at Box 500, Terminal A, Toronto, Ontario M5W 1E6, or by fax at (416) 205-2825, or by e-mail at ombudsman@cbc.ca

Thank you for your email.

I’m glad that after nearly three weeks you recognize that the CBC was wrong in suggesting Tel Aviv was Israel’s capital in the report presented on The National on Jan. 23.

As indicated in my previous email, given that this involves Israel, the CBC’s error is not without significance. In their insidious disregard for the facts and in an effort to undermine Israel’s historical link to Jerusalem, the Arab/Islamic world’s media and various left wing organs in the West have long referred to Tel Aviv as Israel’s capital, as if by doing so, it would somehow weaken people’s visceral association of Israel with Jerusalem. Of course, Israel, like every other sovereign country in the world, determines where its capital is located, regardless if it meets with approval from other nations.

Following up on your email, I respectfully request that as a basic remedial action, and to demonstrate CBC’s commitment to the facts in its reporting, please make sure the correction is made in an upcoming edition of The National. Independent of my request, is that not incumbent on the CBC in the case of such egregious mistakes?

I look forward to seeing this correction made on the air in the coming days. 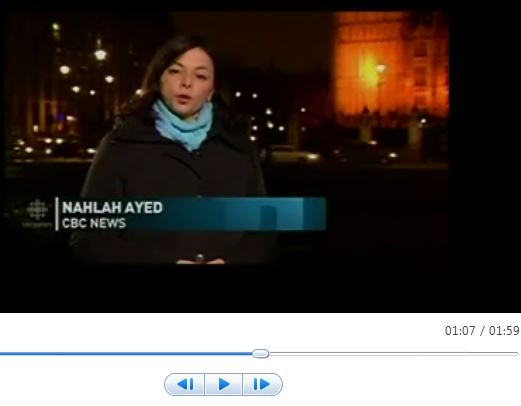