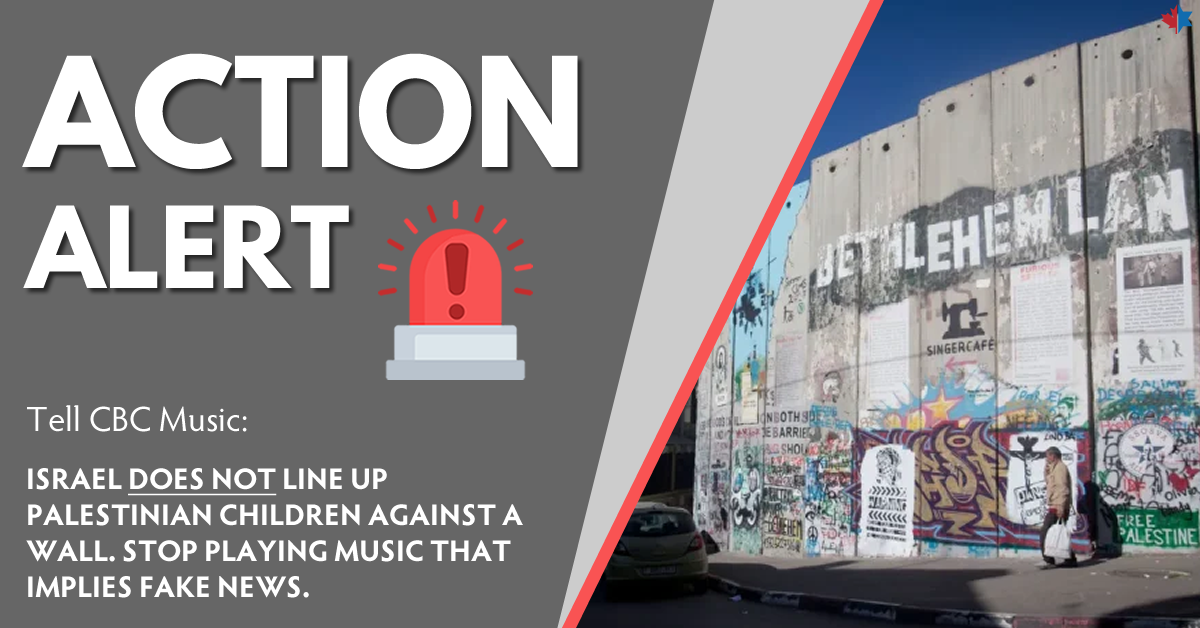 On December 24, CBC Radio broadcast a 2019 Christmas special with musicians the Good Lovelies who sang songs from their Christmas album at a concert in Stratford, Ontario.

Listen to the song “Gift of the Magi” by clicking immediately below:

At no time did CBC Music Live acknowledge that Bethlehem is in Area A of the “West Bank,” which is under full Palestinian civil and security control per the Oslo Accords. Israel ceded the area in 2003 in an agreement with the Palestinian Authority.

Nor did CBC acknowledge how Palestinian children have been cynically exploited by Palestinian terror groups for propaganda purposes and that they have carried out deadly terror attacks (suicide bombings, stabbing and arson attacks, etc) against innocent Israeli civilians.

Make no mistake, the rights of children are extremely important, but Israel says that it abides by international standards to safeguard children’s rights when they are detained. As Israeli officials have previously explained: “When a minor involved in terrorist activity is arrested, the law is clear: No torture or humiliation is permitted, nor is solitary confinement in order to induce a confession, a special juvenile court has been established to guarantee professional care for minors in detention. The above and other measures have succeeded in making legal proceedings easier for minors, and have almost halved their duration.”

While security measures are in place to prevent Palestinian terrorism (the security barrier and checkpoints), they exist as an essential means to thwart suicide bombings and sniper shooting attacks.

CBC listeners were deprived of this vital context. Send your considered comments directly to CBC by clicking here to convey your concerns.