On November 27, CBC News.ca and CBC News Toronto, both produced news reports which effectively mourned the closure of an anti-Israel Palestinian organization in Toronto called Beit Zatoun, which recently gave a platform to a Holocaust denier. 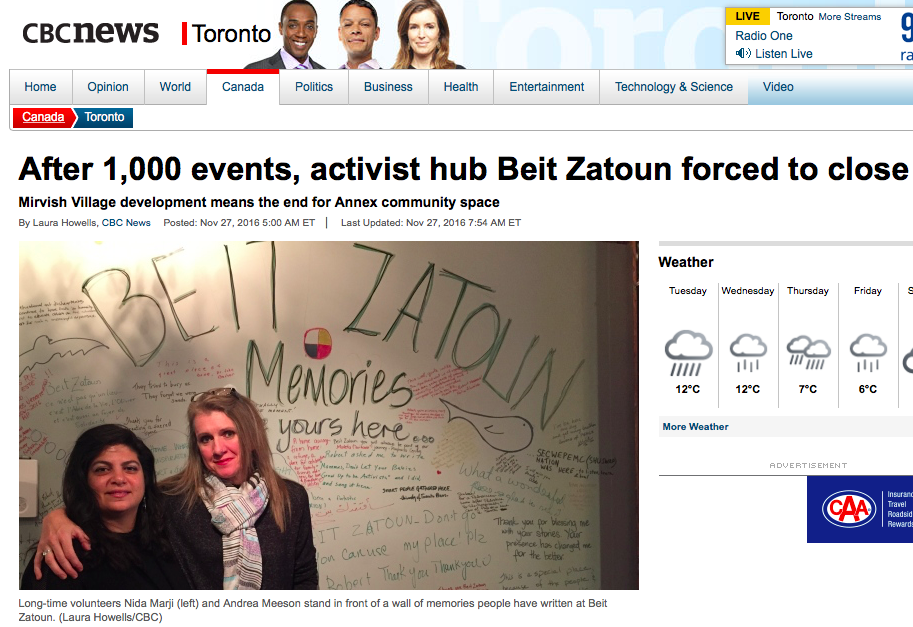 Untold to CBC readers and viewers is that Beit Zatoun was an organization well known for its anti-Israel activism (see here, here and here) and which only several months ago, hosted Holocaust denier Ken O’Keefe, giving this notorious antisemitic hate-monger a platform.

Instead, CBC Journalist Laura Howells whitewashed Beit Zatoun as a “community space” known for its poetry, arts and culture, that was a “casualty” to a new development in the area.

CBC News has a duty to its news consumers to report the unvarnished truth and the whole story about Beit Zatoun and its anti-Israel activism and incitement. Please file a complaint with CBC Editor-in-Chief Jennifer McGuire by sending emails to Jennifer.McGuire@CBC.ca. Please refer to CBC Reporter Laura Howells’ November 27 reports on the CBC website and CBC Toronto television news.