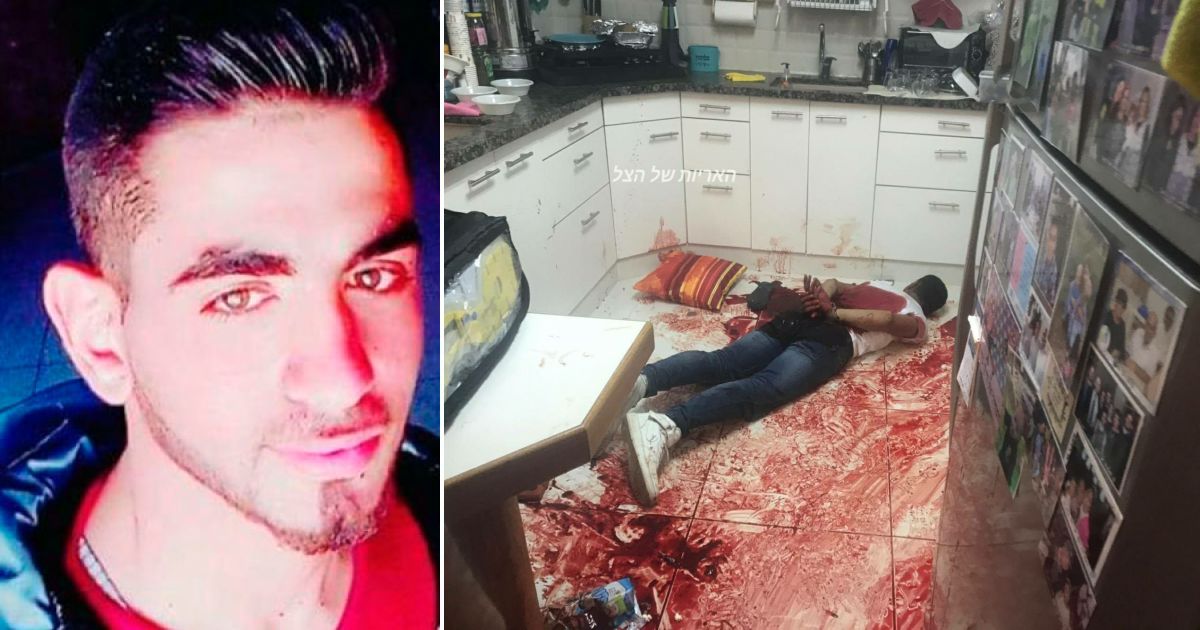 In our critical analysis yesterday about Temple Mount tensions and terror attacks, we noted that CBC Mideast bureau chief Derek Stoffel had seemingly cast doubt that Palestinian terrorist Omar al-Abed (pictured right) had committed the terror attack which saw three members of the Solomon family stabbed to death at their home in Neve Tsuf.

On July 23, Stoffel’s CBC Radio report stated the following: “Later today, three Israelis will be buried. They were stabbed to death by a suspected Palestinian attacker in their home in a west bank settlement Friday night.” Listen to this report by clicking here.

Importantly, CBC’s own coverage on its website doesn’t include any qualifiers that considered the terrorist a mere suspect. CBC itself acknowledges that the “… 20-year-old Palestinian identified as Omar al-Abed jumped over the fence of the Halamish settlement near Ramallah and entered a home, surprising a family that was celebrating a new grandchild during their traditional Sabbath dinner. He stabbed to death Yosef Salomon, 70, and his adult children, 46-year-old Chaya and 35-year-old Elad, while his daughter-in-law escaped to a separate room to shelter her young children.”

Today, Stoffel continued to cast doubt on the culpability of al-Abed by claiming in a CBC Radio report aired earlier today that he’s only an “alleged” attacker. Stoffel reported the following: “… Three Israelis were stabbed to death in the west bank, allegedly by a Palestinian man who wrote on Facebook that he was going to die for Al Aqsa.” Click here to listen to this report.

This begs the question: Why is the CBC’s Mideast correspondent claiming only that al-Abed is “allegedly” the attacker and only is a “suspected” of carrying out the attack? Send your considered comments to CBC Editor-in-Chief Jennifer McGuire at:  Jennifer.Mcguire@cbc.ca.